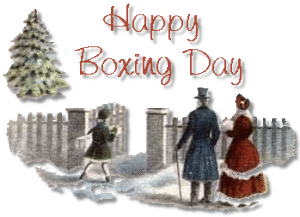 It’s getting close to Christmas and, as such, I am reminded of “Boxing Day” – that obscure “Day-After-Christmas” holiday celebrated in the United Kingdom (and Canada, Australia and New Zealand)… in this modern age, it has merely become a bank holiday in those countries, but its origins were thought to be because, in olden times, when everybody had servants, the servants worked on Christmas Day but then the next day, when the servants were preparing to leave to see their families, they were presented with their “gift boxes” from their employers – hence, “Boxing Day.”

Boxing Day is not quite Christmas, but bears a strong resemblance to it. Like Boxing Day, Channel-in-a-Box is not quite a full size studio, but it, too, 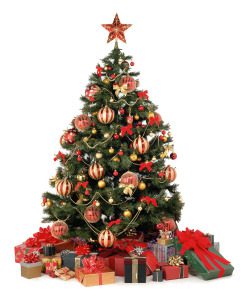 bears a strong resemblance to it. How can you fit a studio in a box? By using the latest technology and focusing sharply on high-quality basics, you can effectively get enough broadcast BOFFO into a portable box to have an efficient streamlined package. By altering the focus of your studio, you can accomplish a variety of different things. If your channel in a box is strictly audio, for example, you can get an effective remote location for your radio station that will be able to do much more with your voices and your music than a portable studio that includes as visual component and must, therefore, have a potent video server included.

Although Channel-in-a-Box is more economically feasible for a start-up media group than a full-fledged brick and mortar establishment, because it’s not everything a full studio with sound and video equipment is, after all. But it IS the brain, with easy access ports and points to receive input from its ears (audio equipment) and its eyes (video equipment) or by telepathy (i.e., the internet). The brain processes information and makes it more readily comprehensible before storing it away in its memory. There’s quite a bit of hardware and software jammed into the Channel-in-a-Box. Small companies aren’t the only ones with a use for such tech; an established studio could keep a few on hand for use as a/an satellite location(s) or in case of emergency.

As our technology has improved, it’s not as necessary to skip nearly as many frills as it was when the Studio-in-a-Box concept first started being used in Asia & Europe. If you already knew about this nifty bit of tech a while ago but dismissed it as too primitive, then perhaps it’s time to take another look; the economy (both financially and spatially) of having a miniaturized studio that packs into one small area (which consequently can also reduce the human costs of personnel) with the entire sequence of playout from switchers on to servers and then incorporating graphics and on through channel branding and utilizing audio and routing, requires some top-notch software (thoughts) to go in our hardware (brain).

The Channel-in-a-Box provides a cornucopia of broadcast options and ability. Replacing a dozen pieces of hardware with something you can fit in a suitcase. Because of its all-in–one nature, the broadcast professional has less wiring to keep straight; this is caused by the (external) wiring that is eliminated by having all the necessary connections made internally in one piece of hardware.

There are a number of quality Channel-in-a-Box type products out there. The REMO 22 (and its larger more permanent cousins (with more bells and whistles) the VDESK LTD, VDESK PRO, VDESK PRO+) are the submissions to the market for Rushworks TV in this class. The REMO 22 is so portable that it can fit into suitable locations for carry-on luggage on most commercial airlines, saving it from the risks inherent with (cue scary/dramatic music) airline baggage handlers! The REMO 22 boasts a 22 inch touch screen monitor.

These systems boast 4 or 8 HD/SD-SDI inputs for the REMO 22 and 8 or 12 HD/SD-SDI inputs for the VDESK; for both products, ISO capture of inputs is now available, as well, with format-able streaming and recording, Multi-layer DSK, Dual-Clip Players, Pip and Chroma Keys, Full motion overlays and the ability to perform easy transitions and effects – all part of the Producer’s Interface which is a new addition to the software in both of these cutting-edge products. Both products include the same software including the (new this year) Producer’s Interface. This invaluable addition to the product’s already burgeoning cleverness allows almost anyone to manipulate cameras and edit and stream… this is way cool. 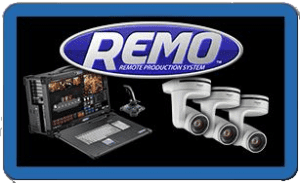 Camera control is accomplished with a combination of the Producer’s Interface and a joystick to operate the PTZ cameras. 9 Preset uses are available for each camera (plus manual control). Both types of Rushworks TV’s Channel-in-a-Box products use standard industry serial protocols (RS232, RS422, and RS485). The camera interfaces currently allow the use of Canon, Panasonic, or Sony cameras. Inputting the desired presets is accomplished via simple click and drag to the presets and then you are locked and loaded. Usage of paired cameras allows you to take advantage of Rushworks Doubletake PTZ control for camera pairs which has a 350 degree view available. Choosing formats and making recordings is easy.

Once you open up the REMO 22, you’ll find your HD/SD-SDI 4 (or 8 inputs), along with an (optional) composite output card for HDMI Component, and Y/C connections. The system uses gigabit Ethernet and USB 3.0 to get high-speed external storage. Connectivity is a snap. The units are capable of having outputs that can be simultaneously displayed on large view screen, modulated for broadcast, and streamed to virtually any display device. Adobe Premiere and Photoshop are available for graphic production and non-linear editing and DVD burning. MPEG-2, H.264, AVI and, Quicktime file recording and playback, along with multi-layer graphics, CG overlay and Chroma-key. An on-screen display of resources is available, as well; with wipes, split screen, dissolves, PIP, and more.

The software lends itself to a smooth workflow; you can browse through your files with either a text or icon view. Initially, there are default folders for 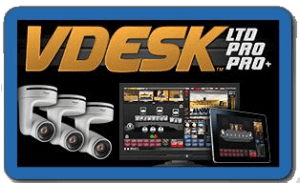 CGs, PICs, and CLIPs. Searches are simple – you can make a multitude of playlists, and reorder them; reordering the file listings is simple drag and drop, so you can easily customize them simply to your workstyle. The REMO has an onscreen display of its input sources and PGM & PVW. The program’s base graphic is PNG but can easily be substituted with BMP or JPG if desired. The operator can easily switch back and forth between the traditional interface and the new producer interface. The producer interface has a number of basic venue layouts to choose from, but if your company has a recurring venue that isn’t included with the basic program, Rushworks will gladly add your customized venue to the program.

With the producer interface, you can either operate the cameras from the view screen or mix the use of the remote cams with additional camera operators. On screen icons can be used to represent the talent, which is easily replaced with a picture of the actor, if you wish. Once you have your icon, you can set your cameras to the place in your venue that they occupy; after that, you have the option of simply taping the icon to turn the cameras to the person they represent. The readjustment of the cameras to this new view usually takes about a second or less. By using the Producer’s Interface, the user could replace an entire broadcast crew. The program lends itself to creativity and offers a vast array of options. YouTube has a selection of instructional videos:

The REMO 22 has some options (based on which cameras are being used) available with purchase; the MUX box camera controller and power; DEMUXs (one for each PTZ camera when the MUX is provided) and appropriate camera cable, which is Siamese-bonded RG6 and CAT5 for DC power and RS422; along with the previously-mentioned card for additional video input types and the choice of 4 or 8 input ports. Take a peek at the instruction manual at: www.rushworks.tv/UserGuides/VDESK-REMO_UserGuide2014.pdf.