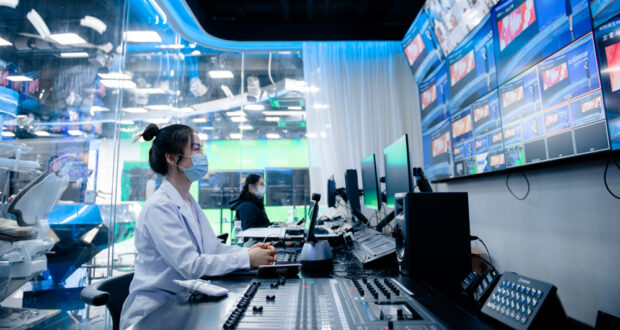 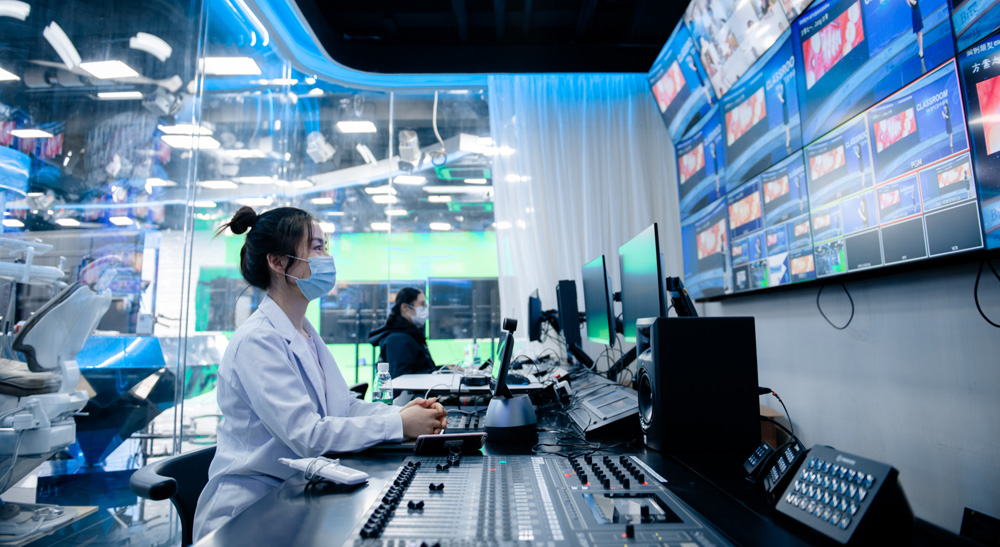 Founded in 2006, BITC has been dedicated to training, education and research of dental implantology, aimed at building an implant dentistry community to promote cooperation and communications between implantologists. In 2017, they launched their online learning membership site BITC Global and built a broadcast grade studio at the heart of Xidan commercial district in Beijing for educational content creation and academic communications. This studio is also a media convergence education center certified by Open University of China.

The BITC studio is manned by a team consisting of implantology experts, video making professionals and software developers, who customize production and streaming solutions according to the characteristics of each course to bring trainees high quality online courses and the best possible learning experience.

“BITC is not a television broadcaster but we still put a lot of efforts in building both the studio and the team running it, because our audience are all dentists, who are well-educated and wouldn’t want to take a roughly crafted online course or to attend a poorly produced academic webinar. That’s why we always want to make sure our courses and webinars are presented in a delicate and professional manner using high quality broadcast products,” said Su, head of the BITC studio.

Su revealed: “We’ve spent millions of US dollars trying out products from different manufacturers and our solutions for different scenarios, such as membership courses, open classrooms, webinars and interviews, have evolved into the current ones, all built around Blackmagic products, not only because Blackmagic Design offers a wide range of products at affordable price points, but also because from an integrator perspective, almost every Blackmagic product is so versatile that can be used for many different purposes, ideal for users like us who need to customize solutions for different scenarios.”

The main stage of the studio features a giant 8K curved LED main screen serving as the backdrop, seamlessly integrated with two large screens on the ceiling and floor respectively, which can display amazing stage effects, for example a light ray going across the floor LED screen and hitting the bottom of the 8K screen to trigger the animated fire burning on the main screen and further on the ceiling screen. It requires accurate time sync of all the screens, which is controlled by a computer equipped with two DeckLink 8K Pro and two DeckLink Quad capture cards.

In addition, there’s another about one hundred screens across BITC, including thirty screens in the studio, a large screen at the front desk and screens along hallways. All the signal routing for these screens and equipment in the studio is managed using three Smart Videohub 40×40 routers with a Smart Videohub 12×12 for redundancy.

“It’s great that the Smart Videohubs are controllable via ethernet because we need to control multiple routers together and we can simplify it by cascading the routers and having them perform a series of actions automatically with one press of a button on controllers like StreamDeck,” Su explained.

All source feeds go into the Smart Videohubs before being sent to the ATEM Constellation 8K, the main switcher in the production control room, controlled by an ATEM 2 M/E Advanced Panel with ME 1 for controlling the program out and ME 2 for controlling the signal for the 8K LED screen and DVE windows.

“The ATEM Constellation 8K offers 40×24 12G-SDI ports, which can easily handle the large number of signals going into and out of the studio. What’s more, each of its outputs is an AUX, so the switcher itself can be used as a 4K HDR router, which can alleviate the pressure on our routers and prevent possible errors due to frequent patching,” said Su. “Also, the feeds come in with different standards, but the standard converters on the inputs of ATEM Constellation 8K can convert them to the one we specify, without the need for external converters, simplifying the whole system.”

With the four DVEs and SuperSource feature that offers another 8 DVEs, the BITC staff can flexibly overlay windows on the giant 8K LED screen, for example, for the close-up of the presenter, wide shot, audience, etc.

When live streaming an operation or an open classroom, they could set up an ATEM Television Studio 4K Pro or an ATEM Mini Pro in the operation room or classroom, of which the program then goes to the main switcher in the production control room.

“The two smaller switchers also have advanced features on the ATEM Constellation 8K, such as the standard conversion, which is critical to live streaming of our online courses as the HDMI seed coming from the teacher’s computer has to be converted to a broadcast standard. The ATEM Mini Pro can even live stream the course with its own streaming hardware. When not used for streaming, we sometimes use it as a converter.”

Hundreds of Blackmagic Mini Converters and Teranex Minis glue devices with various connections including SDI, HDMI and DisplayPort and different framerates and resolutions all together.

A Blackmagic Multiview 4 is used by staff members in the production control room for monitoring the feeds from the computers of the guests in the case of a talk show production.

“We also use an URSA Mini Pro to film promos. The Blackmagic RAW footage allows us to manipulate the colors in post freely,” said Su.