Gathering a mix of celebrities, social media influencers and more than 500 guests in an event space the size of a soccer field presents a range of unique communications challenges. Douyin – the Chinese video-sharing and social media app – handled them all smoothly for its annual Blooming Night ceremony, with the help of Clear-Com®’s HelixNet® digital network partyline and FreeSpeak II® digital wireless intercom systems.

Douyin is the Chinese equivalent of TikTok, with both social apps owned by parent company ByteDance. Douyin has quickly become one of the most popular and fastest-growing mobile apps in the world, as well as a positive force in the Chinese economy generating tens of millions of domestic jobs each year, according to recent studies.

The company’s annual Blooming Night is the biggest date on China’s social media calendar, a celebration of the platform’s success and its contribution to the global social networking community. This year’s event was held in January at the Mission Hills H‧Brothers Feng Xiaogang Film Commune in Haikou, a 5,000 square meter space.

PDQ, which has extensive experience with Clear-Com technologies, configured a system combining the FreeSpeak II and HelixNet systems to streamline communications between the broadcast and live event production teams.

“We faced many challenges in building the comms system for this project,” said Ye Lynn, PDQ’s Project Leader. “The total event space was the size of a soccer field, and the stage was far from the console area. To cover this area properly, we needed to use optical fiber and transceiver splitters for reliable transmission over such a long distance.”

The HelixNet partyline system was positioned at the console station with separate channels for audio, video, lighting, special effects, lasers and mechanical all linked by CAT6 cable. Each channel was distributed to the HXII-BP beltpacks which “talked” seamlessly and with low latency to the event directors.

The event used two OB vans, one for 4K video and for audio. Each truck’s team was connected with the on-site crews by the FreeSpeak II and HelixNet systems. FreeSpeak II base equipment installed in the 4K OB Van was linked to each group’s FSII-BP wireless beltpacks. The Audio OB van was equipped with two HKB-2X speaker stations and one HXII-BP beltpack (for audio monitoring), linked with HelixNet HMS-4X for the Main Station, Control Area and Director.

“In addition to the challenge of such a huge space, we had to plan for potential system incompatibility and transmission interference caused by other show equipment,” Lynn said. “As always, the Clear-Com technologies gave us confidence and peace of mind knowing there would be no communication issues on-site. These systems seamlessly integrate with the digital wireless equipment of other suppliers and their transmission functionality ensures freedom from interference. The Clear-Com technologies are irreplaceable at this level.” 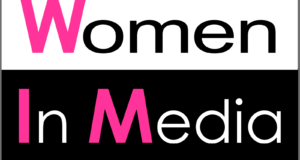 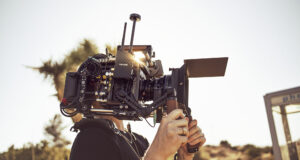 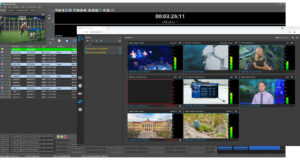