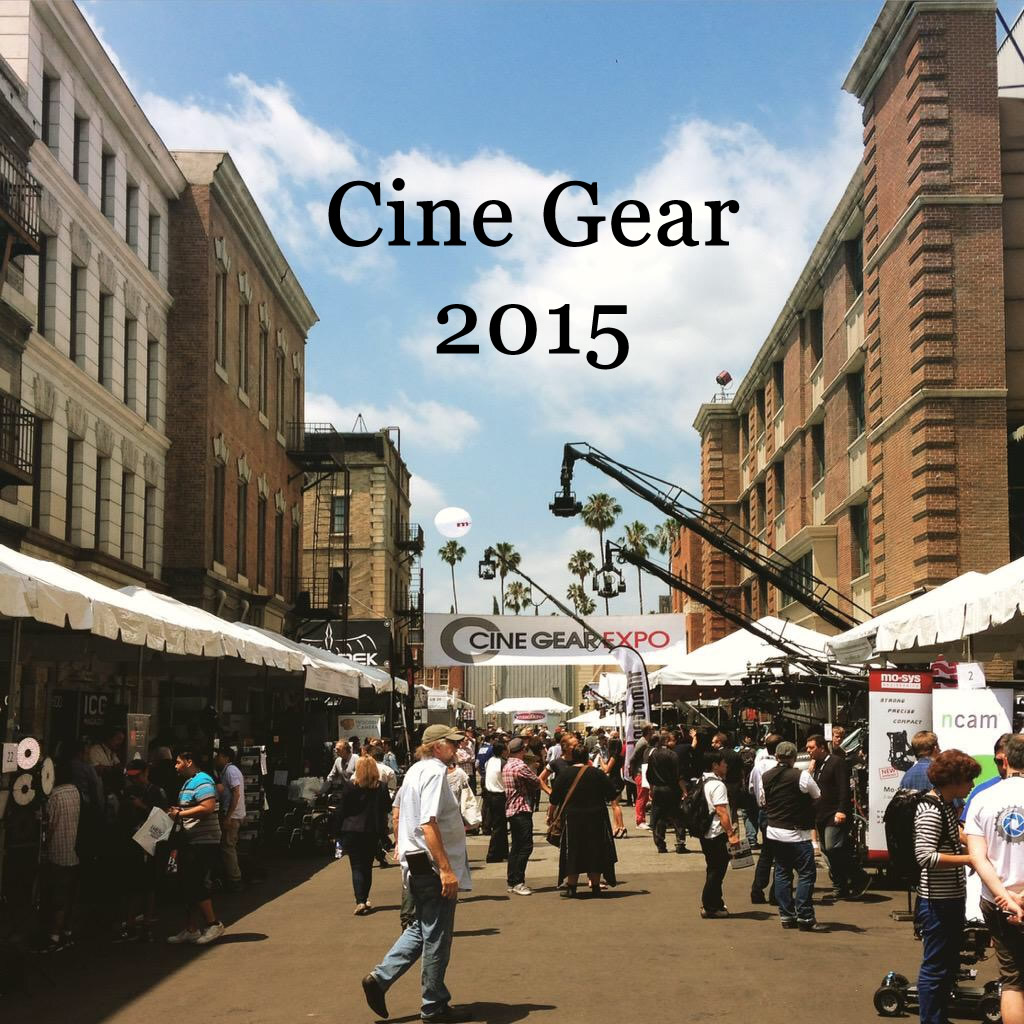 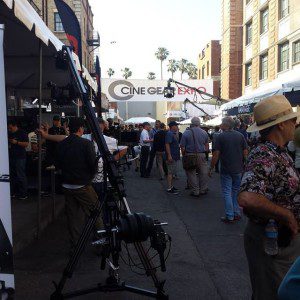 Cine Gear Expo 2015 is here! This early June event (4th through 7th) is wall to wall info-tainment. This media extravaganza was held at the Paramount Studios lot in (trumpet fanfare) Hollywood! Knowledge is power, but it can also be interesting, and possibly even (dare I say?) fun.

We had the opportunity to fill our brain with neat and useful stuff at one of the many seminars/lectures/screenings at the Cine Gear Expo 2015.

The learning and films kicked off Thursday in the Paramount Theater. This marked the start of the Film Series at Cine Gear Expo portion of the festivities, and continued on thru Friday. The Exhibition and Premiere Seminars portion of the expo went through Saturday. Sunday wrapped it all up with a master level seminar that lasted the entire day. 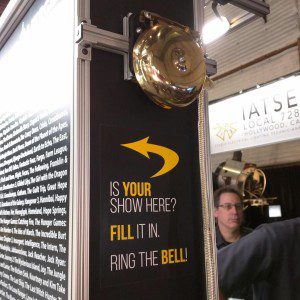 The fun began Thursday at the Screening Room #5 at noon for the Film Competition Screenings which lasted ‘till just after five. At the Paramount Theater, the Pre Event Showcase and Networking Event ran from 3:30 to 5:30. Half an hour later, at 6PM, was the Sony screening of the DisneyNature film “Monkey Kingdom” – this RSVP event took over 3 years in the jungle and 1000 filming days to complete! This screening lasted 2 hours.

Things really kicked into gear Friday with the Paramount Theater, Sherry Lansing Theater, and Screening Room #5 cranking out the learning and entertainment; if that’s not enough a party – it started at 8:00 and ran thru 11:00. In the Paramount Theater, there were 3 seminars and 2 screenings. Starting at noon with Creative Frame Rates: The Past, Present, and Future of Cinema presented by the Pickfair Institute for Cinematic Studies & Cine Gear Expo, this seminar ended at 2:00.

After a brief Hiatus, the next seminar started at 2:30 and lasted an hour; Dan Myrick – Writer, Editor and Director of “The 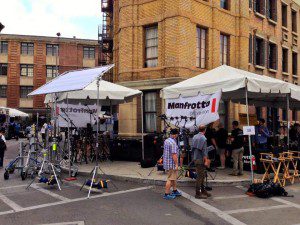 Blair Witch Project” was brought to you courtesy of Blackmagic Design. Once you’ve caught your breath for a half hour, the next item on hour list was a presentation for the new120fps uncompressed Raw cine workflow with the VariCam-35 and new VRAW Recorder presented by Panasonic – after that one hour seminar, the screenings began! At 5:30, attendees were treated to an episode of “Transparent” thanks to Canon and Amazon Studios. Then, Paramount Theater wrapped things up with the 2-hour presentation of “Tomorrowland” which started at 7:00 and also allowed a Q & A session with Brad Bird, Claudio Miranda, ASC and Tom Peitzman! 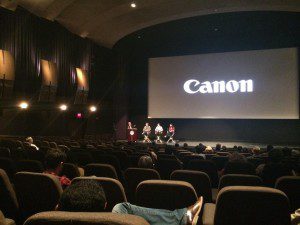 Not to be outdone, the Sherry Lansing Theater had its own cornucopia of media. The experience began at 1PM with a 2 hour event brought to you by Band Pro Screening of the non-verbal film “Baraka” with the Film’s Producer and Editor Mark Magidson also attending. Just 15 minutes later, a parade of three one-hour seminars began; starting when the Digital Cinema Society presented the audience with Focus on Anamorphic Lenses. A quarter hour later Sony – shared a glass-to-glass in-depth exploration of the PXW-FS7 with the audience. The final seminar in this theater was presented by ARRI. After attendees had an hour and a half to relax, Digital Bolex – presented us with the Fearless Filmmaking Showcase which lasted from 8:15 to 10:30. 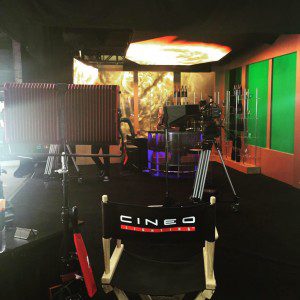 things the day had to offer – the 3-hour party that started at 8PM, and the goings on in Screening Room Five. Screening Room 5 was busy from 1:30 to 6:15. Each session was separated by a 15-minute break; the first lasted one and a-half-hours, followed by 3 different hour long sessions. At 1:30, Robert Hall & Associates presented The Power of INC! How incorporating benefits production and post-production specialists; moderated by Stephan Hall – Enrolled Agent. Then, at 2:45 Cine Gear Expo & Roy Wagner, ASC/FRPS gave us The Art, Craft and Politics of Cinematography. 360Heros made the next presentation with “Filmmaking for Virtual Reality” which started at 4PM. Then, the last session began at 5:15, where the Society of Camera Operators explored The Key Relationship between the Director and Operator.

While the Paramount Theater seemed to have the most staying power on Saturday, the contributions of the Sherry Lansing Theater and Screening Room 5 were not to be overlooked. Both these media venues kick off the day at 10:15AM and each have five seminars and wrap up the day by or before 5 PM. Only one of the sessions is a repeat of the previous day, so each of these screening rooms has something to offer the discerning media professional.

For the most part, the event wrapped-up on Saturday night, but for the lighting professional or those intensely curious about 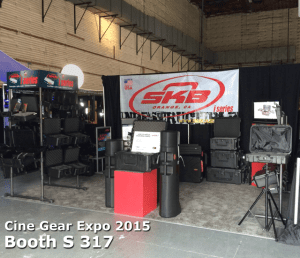 Imagine – four whole days of screenings and seminars in that media Mecca: Hollywood! Cine Gear Expo 2015. It’s worth the long weekend at this media marvel. Live it, learn it, and love it!

Cine Gear Expo, in its 19th year, is the premier Film, Video, and Digital Media Expo for the entertainment industry.

Created by the professional for the professional, Cine Gear Expo remains focused to the needs of the community and attracts the most dedicated specialists from every major department of the entertainment production and post-production world.

Unique in concept, Cine Gear Expo offers artists and technicians the opportunity to discover the latest technology and techniques, get hands-on training, gain knowledge and skills from industry leaders, obtain the newest equipment, hear breaking industry news and network with peers and industry leaders all within a professional and comfortable studio environment.

Nowhere else can this audience find the volume and quality of information available all in one place.

Cine Gear Expo is the largest and most important event of its kind in the United States and is a world recognized and attended event.

In 2011 a second Event was added in New York City in September.