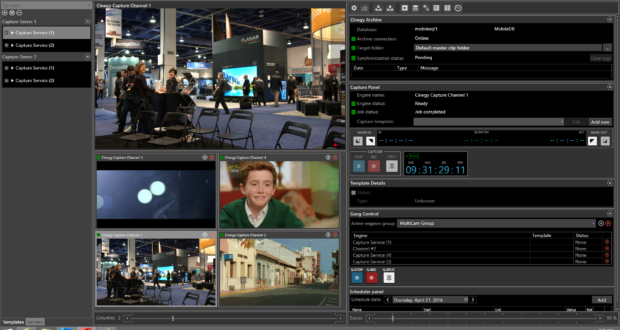 Itochu will feature a range of Cinegy production and post-production solutions including Cinegy Capture PRO, Cinegy Convert PRO, the MAM-related Cinegy Desktop, and Cinegy Archive at Inter BEE 2017 from, 15-17 November in Tokyo.

Cinegy Managing Director Daniella Weigner said, “Itochu’s primary focus with Cinegy at present is in our production and post-production solutions. They have many major customers in Japan – including very large animation studios – who need to digitize, store, and repurpose content. Cinegy Capture PRO provides VTR control, batch ingest, proxying, multiple SDI board support plus the ability to effortlessly handle all major formats.”

Following stringent testing and review by Itochu to determine its suitability for the Japanese markets they serve, Itochu subsequently organized multiple events, seminars, and demonstrations to inform others of Cinegy Capture PRO’s versatility and functionality.

Itochu’s efforts paid off as they announced at the end of October that Toei Animation, a major, global film animation studio that produces hundreds of titles per year has purchased a license for Cinegy Capture PRO to address its considerable production needs.

Itochu Cable Systems’ General Manager, Hoei Division, Hidetaka Osuga said, “We have been very impressed with Cinegy capabilities and have championed their solutions, so we are delighted to formalize our sales and support partnership. We look forward to representing them at Inter BEE in Hall 4, Stand 4208, showcasing Cinegy Capture PRO and a selection of their other excellent products.”