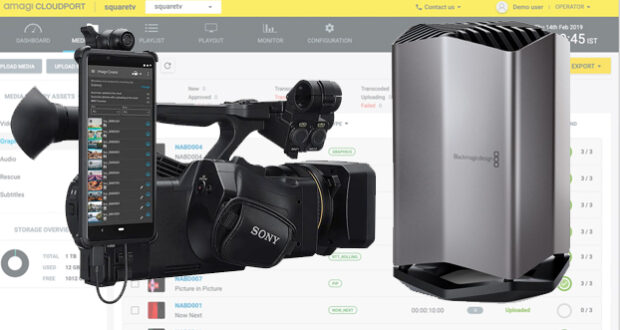 If anything was certain at 2022 NAB, it was television production is firmly planted in the cloud. From production to post-production, the cloud is now a dominant factor in the making of television and is in a constant state of refinement.

Cloud computing got new capabilities as its use was accelerated during the pandemic. From Blackmagic Design’s new cloud collaborative workflow support for DaVinci Resolve 18 to Sony’s Ci and C3 Portal automated media clouds, cloud technology was found everywhere at the NAB show.

Streaming media using the cloud is expanding. For example, Cox Media Group announced the expansion of its digital streaming strategy in a deal with Amagi, a major player in cloud-based SaaS technology for broadcast and connected TV. The deal will power Cox’s streaming across connected TV, mobile, web and distribution as the company migrates, builds and launches a major expansion of its free digital streaming strategy.