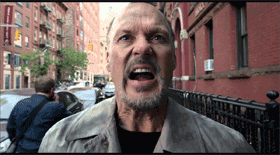 This year Codex systems were harnessed by 14 motion pictures, featuring in the nominations for Best Picture, plus the key craft categories involved with image creation and finishing, namely Cinematography, VFX and Editing, compared to nine movies last year.

Codex was the main digital recording and workflow technology on all 14 productions. These variously utilised Codex On-Board, in-camera and Vault products to capture, clone/back-up, QC, transcode, deliver dailies, apply non-destructive LUTs, and archive ARRIRAW from the broad range of ARRI ALEXA cameras. Codex enabled the production and post-production teams to reap the benefits of working with the full latitude of the original ARRIRAW footage. Additionally, by making available the full quality of the digital negative, Codex proved invaluable in the workflows of this year’s major VFX-nominated movies – Captain America: The Winter Soldier, Dawn Of The Planet Of The Apes, Guardians Of The Galaxy and X-Men: Days Of Future Past.

Gregor Tavenner, 1st assistant camera on Birdman or (The Unexpected Virtue Of Ignorance) said, ”The Codex recorders and Vault made for a very efficient, very low-maintenance system. We delivered the footage to editorial and to the lab using standard hard drives with no interoperability concerns. We used the most versatile, high-quality lightweight cameras [ALEXA M & ALEXA XT] that you can get today, even lighter than we could have been with film, and that allowed us to make the movie with all the finesse that Chivo and director Alejandro Iñárritu imagined.”

For artist bio-picture Mr. Turner, the filmmakers chose the combination of ARRI ALEXA XT shooting ARRIRAW, along with dual Codex Vaults. Speaking about the Codex workflow, cinematographer Dick Pope BSC said, “ARRIRAW gives you a wonderful pixel canvas and wide latitude. Codex is a wonderful tool, with which everything is now done on site. We literally have the lab with us, and the entire film production is controlled live.”

Dawn Of The Planet Of The Apes cinematographer Michael Seresin BSC, used multiple Codex Onboard Recorders to shoot the production in native 3D. He commented, “I like the Codex system, as it works closely with ARRI and it’s all well-integrated.” Lukasz Zal, cinematographer on the $1m Polish independent production Ida, said, “During production on Ida, the great thing about Codex was that it was invisible – it just worked in the background without any problems.”

Speaking about why the Codex/ARRIRAW workflow was important to his creative approach on X-Men: Days Of Future Past, DP Newton Thomas Sigel ASC said, “First of all, it helps in terms of colour correction and image quality, because you’re getting the highest resolution possible. And when you’re colour correcting, you don’t have to fight through somebody else’s colour correction. Starting from scratch gives you the greatest range, and the maximum ability to manipulate and do subtle things later. It also gives greater freedom for editorial to blow-up, to move the image around.”

Codex recording and workflow technology has been used on hundreds of motion picture productions worldwide. Forthcoming releases to rely on Codex include: In The Heart Of The Sea, The Fantastic Four, Pan, Jupiter Ascending, Fifty Shades Of Grey, The Man From U.N.C.L.E. and Point Break.

About Codex
Codex high-performance digital workflow tools are employed by independent and Hollywood motion pictures, high-end TV and commercials productions shooting worldwide. Designed for filmmakers by filmmakers, the company’s renowned product portfolio includes easy-to-use recorders and media processing systems that streamline the transfer of digital files and images from camera through to post production. They also include leading-edge tools for colour, dailies creation, archiving, review and digital asset management. Codex is a privately-held company, headquartered in London, UK, with offices in Los Angeles, Paris, Beijing and Wellington, plus sales partners worldwide. Codex research and development continues to raise the bar for digital productions, combining the latest electronics and industrial design with trailblazing toolsets and capabilities for media and entertainment creation. www.codexdigital.com