Colorworks provided picture restoration and re-mastering services for a spectacular new 4K version of Ivan Reitman’s 1984 comedy classic Ghostbusters. Sony Pictures re-released the feature, one of the most beloved comedy titles in its library, over the Labor Day weekend to theaters across the U.S. and Canada in celebration of its 30th anniversary.  Sony Pictures Home Entertainment will release the restored film in a 30th Anniversary Blu-ray special edition on September 16.

Restoration at Colorworks began by scanning the original 35mm camera negative at 4K. Scanned elements then went through a scrupulous 4K restoration and color grading process resulting in a new 4K master. Extreme care and attention was employed to restore the film. “As with all restoration projects, our goal was to reflect what was shot and the intent of the filmmakers,” said Rita Belda, Sony Pictures Entertainment’s Vice President of Asset Management, Film Restoration and Digital Mastering.

Belda added, however, that the restored 4K version exhibits a level of image clarity and color fidelity that has not been seen before. “You see more detail in the backgrounds, in skin and hair,” she said. Sony Pictures Entertainment Technical Specialist James Owsley oversaw the restoration. Colorworks’ Christian Lamie was the restoration colorist.

The extreme clarity of the 4K medium can be a challenge to restoration specialists. Belda noted that scratches, dust and other imperfections too fine to be noticed in HD are apparent at higher resolution and therefore need to be addressed. Special effects techniques, previously obscured through intermediate steps of film duplication, were more apparent in the 4K scans from the negative. As a result, additional care was required to avoid revealing any of the tricks of the trade.

“The negative was in very good shape for a 30-year-old film,” Belda recalled. “Still, dirt and damage had to be removed to restore the film to a pristine state. 4K takes you much closer to both the details and the defects.”

“Taking advantage of 4K technology, we were able to go back to the source photography—the original negative—to access the artistry and craftsmanship that filmmakers used in creating this timeless entertainment,” said Owsley.  “The 4K scanning allowed us to use all the imaging and information that were in the original film to provide a viewing experience even better for today’s audience than those who saw the film on opening night thirty years ago.” University parapsychologists Dr. Peter Venkman (Murray), Dr. Raymond Stanz (Aykroyd) and Dr. Egon Spengler (Ramis) lose a research grant when their experiment methodology is proven to be bogus. The team decides to go into business for themselves and open ‘Ghostbusters,’ a ghost removal service. After struggling to get on their feet, they are summoned to investigate the strange happenings in Dana Barrett’s (Weaver) Central Park West apartment. What they discover is that all Manhattan is being besieged by ghosts and other worldly demons through a portal in her building.

The Colorworks facility was built from the ground up to perform post production work at the highest level. It operates the industry’s most advanced 4K pipeline and employs the most sophisticated digital imaging technology, allowing it to set new standards for quality, efficiency and creativity. 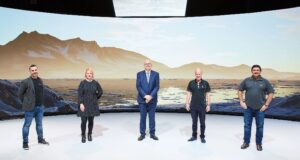 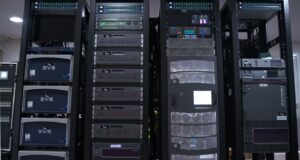