A family arrives at Universal Studios to find the park overrun with Minions, impulsive, mischievous yellow creatures featured in the films Despicable Me and Despicable Me 2. They splash about in a fountain and duel with churros before dashing off to the new Despicable Me: Minion Mayhem ride—while encouraging the family to follow. When mom, dad and the two kids hop into one of the car’s rides, they are magically transformed into Minions themselves. 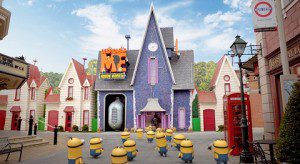 Known for his visual effects expertise (he served as second unit director on 300, Dawn of the Dead and Man of Steel), Staub directed live action scenes to conform to complicated CG elements. Most scenes were a mix of live, animation and visual effects components and each piece had to work technically and help tell the story in a fun and visual way. To accomplish the latter, Staub encouraged the actors to interact with unseen CG characters.  “Our lead actor didn’t have a lot of experience with visual effects but by midday he assured me, he could ‘see’ the Minions,” Staub says.

The visuals are beautiful and the performances Staub draws from his human cast are spot on—a mixture of magic and fun. The family’s sense of wonder and surprise is evident from the first appearance of the captivating yellow creatures.

Staub’s previous experience with the creative team from David & Goliath also aided in making a complicated shoot go smoothly. “We’ve got a great relationship,” he says. “We all want the same thing, we were all there to problem-solve and we all made it happen!” 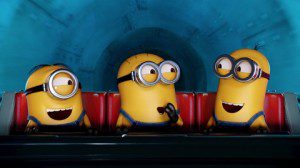