2022 is proving to be a landmark year for ATOMOS with the release of the new CONNECT range of products and the launch of ATOMOS Cloud Studio. The success of the new products and the opportunities they create for new workflows is unprecedented in the company’s history. The team can think of no better way to celebrate these achievements than by joining our partners Adobe for MAX 2022, when it returns as an in-person and virtual event on 18th-20th October.

Since its launch in early 2021, Adobe Camera to Cloud powered by Frame.io (C2C) has been used by over four thousand productions to share footage directly from the set with remote team members. The C2C workflow solves the challenges around media management that are inherent to conventional workflows. It provides a direct path for production to share media with post-production teams without the need to offload cards and ship hard drives. Instead, media is uploaded to the cloud from wherever you are using C2C certified devices with standard network connections.

Adobe and ATOMOS have been working together to bring support for C2C workflows to ATOMOS products. Today this is a reality with the SHOGUN CONNECT and ATOMOS CONNECT for NINJA V and NINJA V+. This means an unprecedented number of digital cinema, mirrorless, and DSLR cameras can now deliver media directly from production to post. With ATOMOS and C2C every filmmaker, broadcaster, and content producer have the opportunity to accelerate their workflow, collaborate in real-time, and support remote team members, no matter the location, budget, or camera. 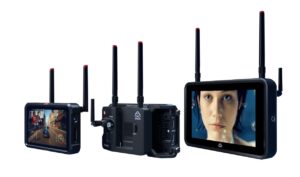 The latest addition to the CONNECT product range is ZATO CONNECT, a brand-new 5-inch device, which provides support for HDMI and USB UVC sources. Today ZATO CONNECT can be used to switch between two sources, overlay graphics, record the edited program, as well as stream to platforms including Facebook Live, Twitch, and YouTube. The latest software update adds picture-in-picture (PiP) effects and a further update to be released before the end of the year will introduce C2C support to ZATO CONNECT for the first time. The device records H.264 (up to 80mbits) to SD card and can simultaneously upload files directly to Frame.io through C2C for fast turnaround. The recorded stream can combine sources, include graphics, and mix audio to make posting to social timelines faster and easier than ever. The introduction of C2C support brings ZATO CONNECT into alignment with the other CONNECT products and provides customers with a comprehensive product range to suit the needs of every emerging workflow.

As ATOMOS expands the functionality of the CONNECT range and adds services to ATOMOS Cloud Studio, new creative opportunities and workflows emerge. For example, ZATO CONNECT, which principally addresses the need for an affordable standalone streaming device, can also be used in conjunction with NINJA CAST to create a complete solution for switching and streaming multi-camera productions. The NINJA CAST supports up to 4 HDMI sources and offers both touchscreen and physical buttons. The output of the NINJA CAST can be formatted and streamed by ZATO CONNECT to Facebook Live, Twitch, or YouTube, without the need for an ancillary computer or specialist software.

Later this year, ATOMOS will launch new subscription tiers for ATOMOS Cloud Studio. Each tier will add services and options to allow customers to select the tools they need and tailor the experience to meet their individual needs. In addition to ATOMOS Stream for Facebook Live, Twitch, YouTube, RTMP/S systems, and Capture to Cloud with support for Adobe C2C, ATOMOS will introduce ATOMOS Live Production, an affordable, easy-to-use virtual control room, to round out the line-up before the end of the year. With the current roster of announced services, ATOMOS has issued a clear signal of intent to provide next-generation systems to herald in a new era of production. 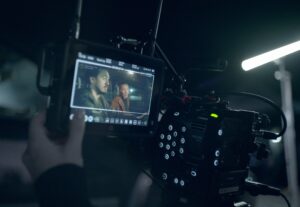 The power, durability, and quality of Apple ProRes RAW has been embraced by digital filmmakers around the world. ATOMOS devices have played a significant role in making the format accessible to a wide range of cameras and transformed creative opportunities available to productions of every kind. The work continues to bring ProRes RAW to even more cameras and continues to push boundaries as new models are released this year. September brought some exciting announcements as partners introduced new cameras with options to output 4K at up to 120fps, 5.7K up to 60fps, and 8K at 30fps. IBC2022 provided ATOMOS an opportunity to showcase the wide range of cameras that support ProRes RAW today and demonstrate the impact this innovation has on the world of digital cinema, mirrorless, and DSLR production.

Earlier this year ATOMOS announced that it was adding NDI support to the CONNECT product range. In doing so ATOMOS joined the industry’s largest IP ecosystem of products and the growing number of companies enabling IP-based customer workflows. To introduce the NDI partnership, ATOMOS integrated NDI®|HX in the new ZATO CONNECT, ATOMOS CONNECT, and SHOGUN CONNECT.

The newest iteration of NDI|HX, NDI|HX3, offers both low bandwidth and low latency options for end-users. With NDI|HX3, encoding is visually lossless, even in bandwidth-constrained environments, enabling ATOMOS customers to expand the use case and versatility of the CONNECT products by sharing video between team members and adding the ability to record content on different devices. NDI provides an ideal balance between quality, latency, and bandwidth requirements.