Considerations When Buying an Editing Computer

When it is time for you or your business to purchase a new computer for video editing, the various choices can be daunting — especially if you’re not sophisticated about the technology. There are a myriad of choices of computing hardware, not to mention picking the optimum editing software for your type of production.

The best way to begin the purchasing process is to look at four key parameters in a computer. These include the power of the central processing unit (CPU); the graphics engine (GPU); the amount of RAM (random access memory) and storage options. Each of these is an essential factor in having a computer that will allow the smooth, fast and trouble-free editing of video. 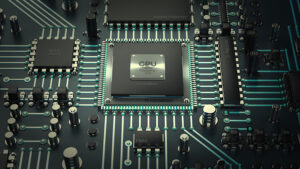 To begin, consider the CPU, or central processing unit. This is the main chip that does all the heavy lifting when the computer processes data. Needless to say, CPUs come in all shapes, sizes and price points.

One measurement is how many threads and cores the CPU has. Having multiple cores means the chip can process several functions simultaneously. For example, an eight-core processor has eight processing units. The more cores a computer has, the more tasks it can quickly perform.

Depending on the cost, some super-expensive chips can have up to 128 cores. Obviously, buy as many cores as you can afford. 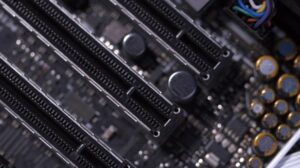 Next, a computer needs sufficient RAM for video editing. The amount of RAM is independent of the storage drive, which can dramatically slow down without adequate headroom in the RAM. At the very minimum, 16GB of RAM is needed for basic video editing, but much more is desirable for really smooth operation.

In a new purchase, consider ECC RAM (error-correcting code), which adds additional data security to a system. ECC RAM, which costs a bit more, uses an extra chip that checks data and transfers in and out of temporary storage.

This transfer is frequently a point for data errors that can result in corrupted files. In video production, corrupted and lost data can be catastrophic. ECC looks for and corrects these kind of system errors. 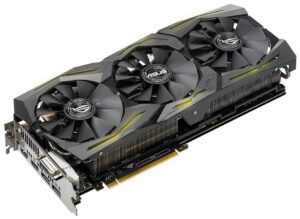 The graphics processing unit, or GPU, is central to video editing. The GPU works with the computer’s CPU to process video, graphics, textures or anything else visual in the computer’s data. It uses video RAM (VRAM) for its own processing.

The GPU is essential for any video editing application. Having a dedicated GPU may not be necessary to run all video editing software, but it will offer a dramatic boost in performance.

Designed for parallel processing, GPUs were originally designed to render 3D graphics. Now they are necessary for advanced visual effects and realism with advanced lighting and shadowing techniques. Today’s GPUs are designed to speed up all graphics workflows.

Depending on the editing application chosen, make sure the GPU and the software are compatible. When purchasing a new computer, it is essential to understand the role of the CPU vs. GPU vs. the editing software. All should be optimized to work together in the editing operation. 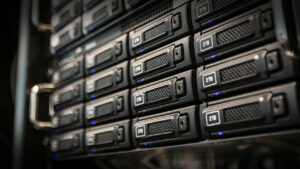 Finally, storage of data is essential to speed and performance. The optimal storage for the system’s boot drive is SSD (solid state drive) memory. This is where the computer’s operating system is stored and should be at least one to two terabytes (again, more memory results in better performance). Never store your video footage on the same drive as the operating system.

Since massive SSD storage is quite expensive, outboard hard drives are normally used to store both original and edited video files. If you’re using a laptop for editing, a second internal hard drive is often desirable.

Obviously, the budget has a major impact on how much one can spend for a video editing system. What we’ve outlined here are the basics needed to have a good editing experience. As always, the more computing power, the better the system will perform. 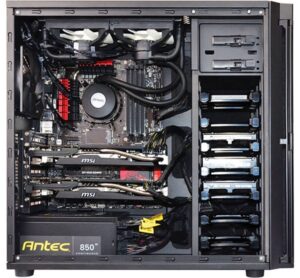 Another factor to consider is how the editing system will be used. If you are editing for paying clients in a facility, you must be competitive with other facilities in your area. To compromise on the speed and quality of the system, can put your business at a major disadvantage.

If you are editing for yourself or are doing in-house video for social media platforms, speed may not be as essential. In such situations, a more cost-effective, slower system may serve your purpose.

Purchasing a complete video editing system is a balancing act — one that requires tradeoffs of technology versus cost. There are many available choices in a variety of platforms and form factors. Pick the one that works best for your production.