People often don’t understand the term “content creation.”  In fact, it can be said that the entire scope of content creation is typically taken for granted; that’s because it’s much more than simply what it is you’re capturing.

First and foremost, when creating content, the most important thing is the creativity; in essence, that’s everything.  Dean Evans, of The Good Content Company, points out that an original idea is vital when creating content.  “But originality doesn’t need to mean first,” Evans states. “In content terms, you could come at an existing idea from a different angle, change the presentation of an article or provide more in-depth information than your rivals do. Don’t worry about being first. Be better.  And the biggest weapon you have in your pursuit of original content is you. The way you think, the way you approach things and the way you write are all original and unique to you. By harnessing this originality, you can use it to stand out from the crowd.”

There are many facets of creativity.  The creative process starts with what it is you want to record, but doesn’t stop there – that’s only the beginning.  What to shoot and the form that will be used to display/communicate it are usually factors carved in stone (radio, television, movie theater, etc. – and even HD or STD definition must be considered, as well as an entire range of enhancements, such as 3D).  After determining what to shoot, the focus shifts on how you’re going to shoot it.

The “how” is often connected to the “where” – for example, whether the piece to be created is to be in a studio, on location, on a professional set, in an existing structure, outside (etc.) determines what type of considerations you’ll need to ponder.

Location, location, location: this is the where of content creation. Will you be filming in the studio, the back lot or on location? If you go on location, what are you dealing with – an historic building, a series of natural caves, an island, or perhaps the ocean floor?  Each venue has its own unique set of advantages/disadvantages and variables.

In the studio, the paramount advantage is control. All of your resources are typically centralized here: 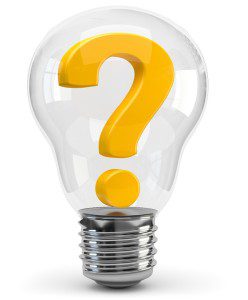 the best equipment, the set pieces, every doohickey and doodad is right there at your command. Ambient noise, lighting, weather, and even the talent are easier to manipulate here.  The studio’s cyclorama is handy for all of your greenscreen needs. Need a quick meeting to make sure everyone is on the same page? Take a stroll down the central hallway and roust all of the necessary people from their nests. The studio is the storefront of every production house.

The studio is a familiar known quantity, however; everything can become old hat. People get tired of unremitting sameness. Lacking new stimulus, creativity and the mind turns inward; for example, other people might seek new excitement by becoming caught up in office politics. The studio is familiar and we all know what familiarity can breed.

In the studio back lot, the advantages of working directly in the studio are still there, but they are lessened a bit. Working outdoors makes a production more subject to weather, noise and light. Sometimes, however, you just need natural light and fresh air. There are times when a bit of chaos helps clear-out the cobwebs and forces people to think outside the box. The back lot is a bit like being on location, but with a huge dash of studio thrown in.

Filming on location lends an air of authenticity to the filming process. Workflow must be adapted to the environment; you can’t do it the other way around, as you might in a studio. In the field, it’s often a requirement that the area you are working in must be the same when you leave as it was when your production house arrived. Extensive building is often impractical for this reason. Any equipment brought on location often needs to be rugged, as well as easy to set-up and use. Specialized environments often require special equipment, such as when a production requires extensive underwater filming. Expense and practicality can also govern when it’s wise to film on location rather than attempt to create the necessary scenes in the studio. If your entire story occurs at various locations in Paris or Croatia, it might be cheaper to film there than attempt to copy of all the necessary scene elements back in the main studio.

I turn to my friend and videographer Addison Ricci of Fort Lauderdale, FL., for his advice. He states that as a videographer arriving on location, one of your first tasks is to find an area to stage your equipment.   You want a location that is, first and foremost, secure.  You don’t want your expensive gear walking off while you’re off getting shots.  Talk to your client or whoever is in charge of the location, generally there’s an area that is off limits to guests such as an office, closet or back room.  Also consider distance, you’re time on a shoot is valuable and things can move quickly, often out of your control.  Make sure your gear isn’t too far off or difficult to get to, in case you need to swap batteries, cards or lenses quickly.

Once you find a good location to set everything up, the key is organization.  “Spending a little extra time organizing everything in the beginning can be a life saver when thing start moving quickly,” says Ricci.

You want all your gear neatly laid out so you can access anything and everything quickly.  Don’t pile gear in front of other gear, you don’t want to be tripping over light stands trying to change lenses.  If your space is limited, put the gear you are most likely to use in the front, like fresh batteries and cards. 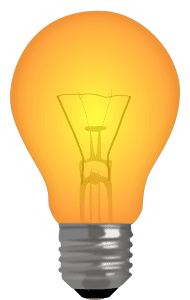 Video is, pretty much, the most created content today.  While, arguably, radio/audio is right up there, with still photography still in the running, video (or the moving content that can be seen visually) takes number one on the list.  Professional-grade video production equipment – including high-grade audio gear – is a must.  The higher the resolution, the more versatile the content becomes, allowing for better-quality lower resolutions for devices (such as tablets and smartphones).

The method of conveyance is also an issue.  Are you transmitting via wire or wireless?  Is there enough bandwidth to handle the size and complexity of the content?  All of these must be contemplated as part of the content creation progression.  Originally shot for one purpose, content is then converted for other forms of delivery – but that’s an entirely different topic altogether!