The CBC/IMDb TV original crime drama series Pretty Hard Cases – now in its second season – was shot in Toronto; not as the typical stand-in for New York, but for Toronto itself, as the series embraces the Canadian city and makes it a character as part of the storylines. Using Cooke Optics 5/i prime lenses, cinematographer Kristin Fieldhouse worked with the production design and costume teams to create a single signature look. 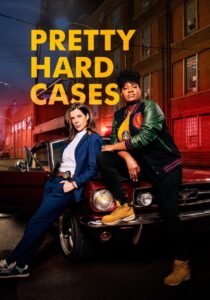 “Color plays a big role in the look of Pretty Hard Cases,” explains Fieldhouse. “The show has a hybrid quality to it. On paper, it’s a comedic ‘buddy cop’ movie but goes deeper into the lives of two women in their 40s with very different backgrounds who together find a shared friendship. They create this unity together through their cases – one being a Drugs and Gangs detective and the other being a Drug Squad detective. But they have other aspects of their lives that we explore – the intimate and personal – to see what it means to be a woman in their 40s and a detective.”

Season one was shot from August through December 2020, with season two, shot from May through September 2021, during the COVID pandemic with strict on-set protocols. 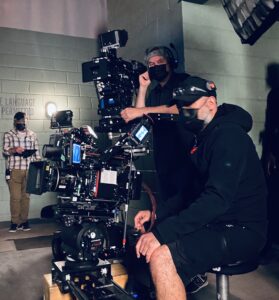 Fieldhouse got the project from working with Pretty Hard Cases creator and show-runner Sherry White, with whom she worked with on the comedy TV series Little Dog, when White was directing a number of the episodes. “We spent the summer together and got close and enjoyed working together collaboratively,” said Fieldhouse. “Pretty Hard Cases has the same producing team – an awesome group of women.” 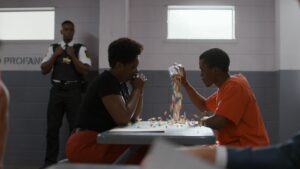 “This was my third show using Cooke lenses. I’ve used the S4s on both Little Dog and Workin’ Moms, plus commercial work.” So why did Fieldhouse pick the 5/i for Pretty Hard Cases, instead of sticking with the S4/i?

“I felt a difference when testing with the color and texture of the 5s. The falloff was lovely and I liked how they played more when wide open – I got more from the 5s. And I appreciate how they work in lower light conditions compared to the 4s, with a bit more texture.” Cooke’s 5/i primes are T1.4 speed, while the S4/i primes are T2. “I knew that I wouldn’t have a great deal of lighting versatility in my belt, so I did a little test with

David Wellington, the director of the pilot. I shot with the S4s and the 5s, along with some other lenses, but didn’t tell him which was which. He just loved the 5s. Initially, I did have some concern about the fewer focal lengths that the 5s had versus the S4s, but we had plenty, and I loved what the 5s were giving me. I did add an S4 150mm, but I didn’t end up using it as much as I thought I would.” 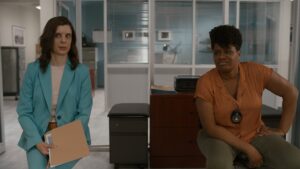 Lenses, cameras and lighting equipment were provided by Sim Toronto. “I want to give a great shout out to Jim Teevan for the tremendous support he gave us,” said Fieldhouse.

A second DP, Ray Dumas, was brought in at the end of season two as production became more ambitious. “With two DPs, you get more time to prep,” explained Fieldhouse. “Up until that time, I was filming and prepping at the same time with the episode director and AD. This was great for my last two episodes.”

Pretty Hard Cases would use their A camera as a moving master with orchestrated blocking to start a scene, according to Fieldhouse. Then A and B cameras would be used in a traditional 2-camera configuration, with a C camera on Steadicam. “I love working with the ALEXA Mini as I get superb colour rendition and it gets me tight on faces and movement. I love the ALEXA look with the Cookes, they’re a great combination.” 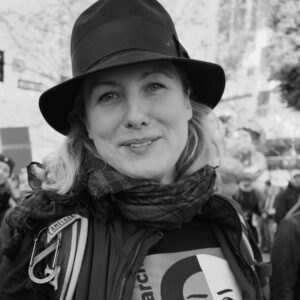 “I really love the quality that the Cooke lenses afforded me,” said Fieldhouse. “The textual warmth and depth of the image…it’s like an organic, magical quality. You have depth and sharpness without the image being overly sharp. I could embrace the show with the lens without muddying it up with too much diffusion. The 5/i’s rendered very realistic colour given that we were shooting with a diverse cast and a range of skin tones.  This was an important characteristic and invaluable for this show.”

Pretty Hard Cases premiered in Canada on February 3, 2021, on CBC and the CBC Gem VOD service. In the US, the show premiered on the IMDb TV streaming service on September 10, 2021.