DP Frida Wendel FSF, chose Cooke S7/i Full Frame Plus lenses to shoot Fate: The Winx Saga, the live-action TV adaptation of Nickelodeon’s animated series Winx Club. Following its Netflix launch in January, the show quickly shot to number one in the U.S. and number three in the U.K.

The series follows a fairy called Bloom (Abigail Cowen) who moves to the fairy school Alfea where she needs to learn to control her dangerous magic powers. At school, she meets Stella, a light fairy (Hannah van der Westhuysen), Aisha a water fairy (Precious Mustapha), Terra, an earth fairy, (Eliot Salt), and Musa, a mind fairy, (Elisha Applebaum). With the help of her four new friends, Bloom starts to learn more about her past. The magic universe takes the audience across a range of genres, from horror to romance through thrilling moments and humor. 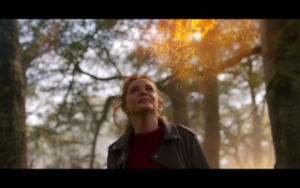 Filming took place in County Wicklow on the east coast of Ireland, with locations in the ancient woodland and rocky coastline on the Irish Sea, creating the right historical and natural atmosphere for the magical universe to be developed.

For the project, cinematographer Frida Wendel FSF used an ARRI ALEXA Mini LF, which was brand new at the time of filming; ARRI delivered it as a pre-production camera before it was released in 2019. For the lenses, she chose the Cooke S7/i Full Frame Plus series, using focal lengths 18, 25, 32, 40, 50, 75, 100 and 135mm. This was her first time using the full-frame lenses, which were provided by rental company Vastvalley. 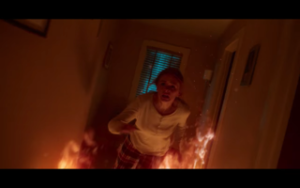 “There are five main characters, each representing different elements, so a very important conversation we engaged in during preproduction was how each fairy should be represented and how to play around with VFX,” said Wendel. “We wanted Fate to be crisp and clean. That is when the camera and the Cooke lenses came in. We had so much VFX and so many interactive lights that these lenses stood out instantly, as I think the Cooke lenses have the most beautiful and subtle flares. I love the shallow depth of field you get with the full-frame and also found it very exciting to have so much information to play around with in grade. Quite impressive.” 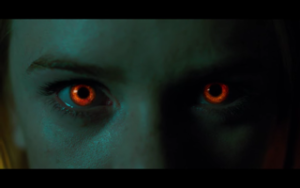 “We spent only one day of tests in the studio and then I flew over to London to meet colorist Peter Doyle at De Lane Lea in Soho. Then it only took us another day in the grade creating a LUT that we liked. I loved the Cooke S7/i lenses so much that I got on a plane back to Dublin to get the kit sorted right away,” added Wendel. 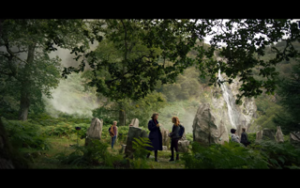 The first season of six episodes of Fate: The Winx Saga is now available to watch on Netflix.