Cooke Optics announced that its Chairman, Les Zellan, will be stepping down from the company, and its CEO, Robert Howard, will be retiring, both effective from 31 October 2020.  Tim Pugh will take over as CEO, while Kees van Oostrum, currently a Cooke Optics board member, becomes Non-Executive Chairman.

Cooke, which is among the oldest lens brands to have continuously served the motion picture industry since the 1890s, was neglected in the latter part of the 20th century as part of Taylor-Hobson in Leicester until Zellan, then Cooke’s North American distributor, took it over in 1998. The following year, a new 20,000 sq. ft. facility was built in Leicester incorporating state-of-the-art machinery that would work alongside traditional 100-year-old equipment to resuscitate the Cooke brand that began with the novel Cooke S4 prime lens design.

Howard joined Cooke in 2008. Under Zellan and Howard’s stewardship, Cooke was brought back to a position of technical leadership and industry recognition. The flagship Cooke S4 prime lenses, launched in 1998, won a Cinec Award that same year while the mechanical designers and optical designer of the S4 lenses earned a Technical Academy Award® in 1999. The company has added a further nine new lens ranges during the past 20 years — all featuring the distinctive Cooke Look® — as well as pioneering the /i Technology metadata open standard that has been adopted by over 40 leading industry manufacturers including Sony, RED, and Panavision.

Cooke Optics Limited earned an Academy Award® of Merit — an Oscar® statuette — in 2013 in recognition of [Cooke Optics’] “continuing innovation in the design, development, and manufacture of advanced camera lenses that have helped define the look of motion pictures over the last century.”

“It has been my honor to lead Cooke from relative obscurity back to its rightful place in the industry,” said Les Zellan, with pride. “They say ‘it takes a village,’ and I would like to thank our dedicated staff and countless industry friends and colleagues around the world who have helped to shape Cooke’s product line, giving cinematographers and directors the choices that help them tell their stories in the best possible way.”

“Both Les and Robert have achieved what some would consider miraculous during their 20 years with Cooke,” said Tim Pugh, the incoming CEO. “They are highly respected throughout the industry and will be a tough act to follow. Cooke has an unrivaled reputation for excellence and for responding to the needs of its customers. Kees and I are excited to take the reins of this beloved company as we move into the next stage of Cooke’s evolution with the on-going support of Caledonia Private Capital.” 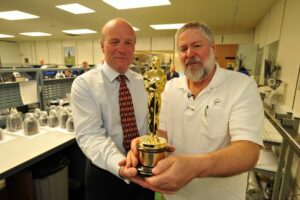 Tim Pugh has a background in leadership roles across premium manufacturing and distribution businesses, providing technical products to specialist markets via strong international partner networks. Most recently he was CEO of James Briggs Ltd, a leading manufacturer of technical products for industrial and automotive markets, where he grew the business substantially through a focus on long-term customer relationships, market-leading quality, and manufacturing excellence. 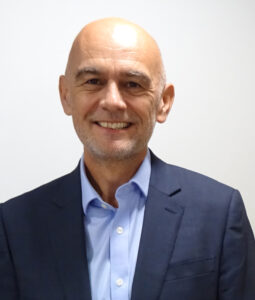 Kees Van Oostrum is an award-winning cinematographer with a diverse body of work in film and television. He held the position of President of the American Society of Cinematographers (ASC) from 2016-2020 during which time the organization broadened its activities significantly in education and international collaboration. 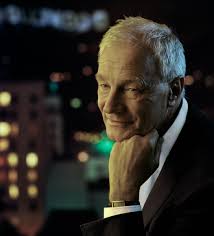