Director of Photography Alexander Hackinger has brought a cinematic yet intimate ambience to the Meet Your Master German series of inspirational and entertaining online courses with the use of Cooke S4/i prime lenses and ARRI Amira and Alexa Mini cameras.

Produced by Wolff Brothers, Meet Your Master is an online education platform enabling viewers to sign up to learn from specialists in their fields. Current masters include adventurer Reinhold Messner, singer Jonas Kaufmann, actor Til Schweiger, and author Sebastian Fitzek. 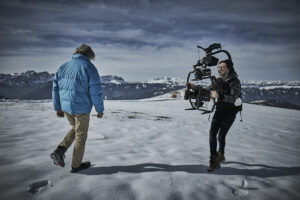 At the start of the project, Hackinger met with the director, Renato Novakovic, to discuss what they wanted to achieve with the look of Meet Your Master.

“Although it is an online format, it was always important for us to create an exciting image with high production values,” said Hackinger. “Meet your Master should feel like you are sitting at a table with the Master in a personal conversation. We needed to immediately establish a connection to the Master in their particular environment. We also wanted to achieve a form of recognition in the pictures we generated for marketing so that every time the viewer sees a trailer, he already knows from the images: that’s Meet Your Master.”

Hackinger and Novakovic came up with a high-contrast look with an Alexa Mini and an Amira camera shooting from the front of the Master and an Amira moving camera from the profile. They worked out a guideline of what images were needed for each film and adapted that to each Master and each location. 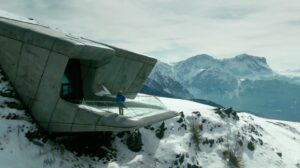 “For example, as Reinhold Messner is associated with snow and mountains, it made sense to place him in that environment, and I always had to think of crystal colours,” explained Hackinger, “while for his interior shots we worked towards a warmer direction to convey the atmosphere of wood, forests and the cosiness of a mountain hut.”

The choice of lenses was easy for Hackinger. “I have shot many commercials, corporate films and music videos over the years on both Cooke S4/i Primes and the Cooke Anamorphic/i lenses. Even though I often consider other choices, I mostly come back to the S4/i lenses, and on this project, I didn’t test against other optics because I knew that the S4/i’s would perfectly fit the bill,” he said. “I love the character of the Cooke S4/i optics. They trace skin tones beautifully, almost envelop the skin, frame the silhouette and have a wonderful soft transition into the bokeh. I also love the gentle contrast of the optics, with a sharp image that is never too crisp. They generate a classically beautiful look that always delights me. I usually shoot at f/2.8 and love the results the Cooke S4/i brings about.” 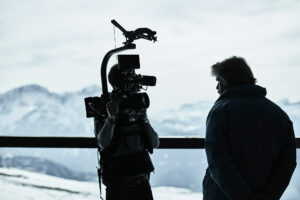 “For Meet Your Master we had people in front of the camera who have been in the public eye for a long time and they naturally want to look their best on camera,” he added. “As we work with a lot of contrast in the face, it was even more important that the optics created beautiful skin tones. A big soft keylight, some negative fill and the Cooke S4/i’s, and that was it! During the trailer pictures, we often had to work very fast and I had to deal with difficult lighting conditions. It was then all the more important to have a tool at hand that I could trust.”

Hackinger had a set of Cooke S4/i 25mm, 35mm, 50mm, 75mm and 135mm on set, supplied by the rental house Videolink, based in Munich. The interviews were largely shot on the 50mm and 135mm optics. “We originally had a 35mm and a 75mm lens in mind as standard lenses for the interviews, but once on set we realised that we could create a much more intense feeling for the viewer with the 50mm and 135mm, so these two optics became our standard setup,” Hackinger said. “For the trailer material, we quickly set on a combination of 35mm and a 50mm. For the dynamic images with lots of movement, the 35mm became my optic of choice. All the personal portraits I shot with the 50mm Cooke S4/i, sometimes supported by diopters.” 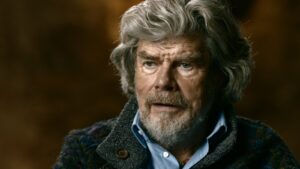 With each shoot came different visual challenges, as Hackinger explained: “With Reinhold Messner we were on a mountain top with a lot of sunlight and snow as a bounce, then in a castle and a cave. We filmed [singer] Jonas Kaufman in the evening light of Munich, [writer] Sebastian Fitzek in an old abandoned industrial hall and a cinema, and [actor] Til Schweiger in an old tunnel below the Elbes. So, I’ve had locations that were very bright and others that had a lot of shadows and little light.

“From the experience of many shoots with the Cooke S4, I knew where to push the optics. Whether the project involved me setting a beauty-lit portrait light, shooting on top of a mountain or descending into a cave, I knew I would generate the image I expected with the Cooke S4/i. In post-production, we then only added a little extra contrast and balanced the colours.”

Meet your Master is available to subscribe to at www.meetyourmaster.de and you can watch Alex’s chosen production extracts and read more of his production notes at shotoncooke.com/video/meet-your-master/.