Based on the eponymous novel by Sarah Pinborough, the story follows Louise, a single mum with a son and a part-time job in a psychiatrist’s office. Louise begins an affair with her boss and strikes up an unlikely friendship with his wife, but finds herself caught in a web of secrets and lies where nothing is what it seems. 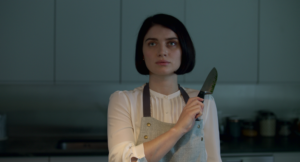 “It’s a story full of mystery and suspense, and there’s a sense that the audience doesn’t know whether characters are telling the truth. To counter that, we wanted the photography to be very clear, detailed, and honest, letting the audience ‘participate’ and allowing their eyes to wander around the screen to take in all the details,” explained Wiedemann. “This led us to look at shooting full-frame, to bring as much clarity and resolution as we could to the image.”

Wiedemann chose to shoot with the ARRI Alexa LF for the first time, which he tested with a variety of full-frame lenses before opting for the Cooke S7/i range. 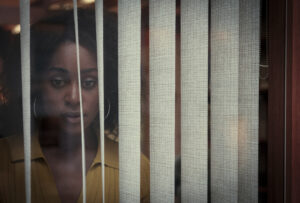 “I have enjoyed using a variety of Cooke lenses in the past, I love their technical qualities but also the photographic character they give to the image,” said Wiedemann. “For this project, our main criterion was to find clarity of image. We looked at many full-frame lenses, but we were blown away by the S7/i’s for both portraiture and wide shots.”

Movietech, based at Pinewood Studios in the UK, supplied a full set of S7/i lenses for the production, with the exception of the 65mm focal length which was just coming into production at the time of the shoot. 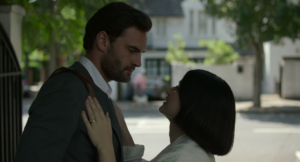 “We were very lucky that Carey Duffy [Director of Sales, Europe] helped us out and lent us one of the first production models,” added Wiedemann. “The field of view of the 65mm on Full Frame Alexa LF is pretty much the equivalent of a 40mm lens on a Super35mm sized sensor. In the past the 40mm has always been my go-to lens for portraiture, so the 65mm was a hugely important lens for me on full-frame and was used on most close-ups of the series.”

The production saw a wide variety of shooting conditions, with interiors/exteriors and day and night shoots in London and the Highlands of Scotland, on-location, and in-studio sets.

“The S7/i’s dealt with every scenario really well,” said Wiedemann. “As well as the precision of the lenses, they also had a photographic quality that elevated the image, whereas some other lenses seem more ‘matter of fact’. This was important as the story goes into dreams and supernatural worlds as well as the real world, and they captured the nuances of the more expressionistic scenes without being heavy-handed”

Behind Her Eyes is produced by Left Bank Pictures and Sony Pictures Television. It is scheduled for release on Netflix on February 17, 2021. 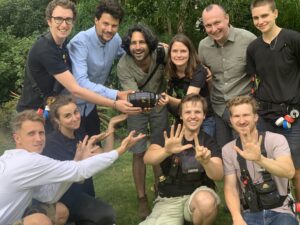