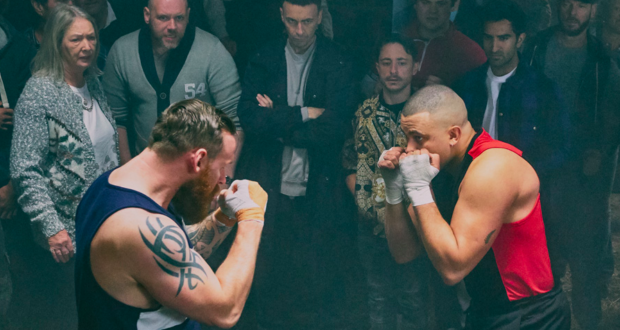 The full service post house, based in Salford’s Media City, upgraded its master color correction suite with a Scan 3XS crate for realtime 8K playback and a 4K 1000 nit EIZO reference monitor. The first project to be realized through the new pipeline is Sky One’s comedy drama, Brassic, created by Danny Brocklehurst and This is England’s Joe Gilgun. VFX work across the series was also completed with Fusion Studio by Tanvir Hanif at Digital Imaging fx.

Filmed in the North West of England, the drama follows a group of working class friends finding unconventional ways to win at life. Core Post’s MD, Matt Brown, explains that the production team wanted the HDR delivery to ensure the feature had a bold, stylized identity with a very cinematic aesthetic.

“The whole series is beautifully shot, and we wanted to retain a lot of the vibrancy and color; and although there are a lot of urban settings, we didn’t want a stereotypical grim and grey northern look,” Matt explains. “It was the first time the production team had shot for HDR delivery, but we all decided at the outset not to overthink things, but instead concentrate on acquiring all the detail we’d need for post.”

The series was shot at 2.35.1 anamorphic, with the 4K rushes converted to CinemaScope. Crop guides on set and Resolve masking tools in post ensured accurate framing throughout. Matt then worked on the HDR grade using a PQ curve, which helped produce a very natural grade.

“The PQ curve feels like it pumps the right amount of luminance into the image at the outset. Sometimes in SDR, whites can feel clipped even at peak levels, and you often feel like you have to fight to get enough light to match a real life look. With Brassic, I was pulling the grade down to what felt like natural levels, rather than pushing the gamma as I would have to do in an SDR setup. Resolve’s color management tool was a useful feature in making sure everything on the timeline matched up.”

Once the HDR grade was complete, Matt delivered the SDR version with the Dolby Vision plug in and then did a trim pass to refine the grade for the different format.

“We learned an awful lot on this job. For example, scenes with bright neon strip lights or large windows in the background would appear so bright in the HDR version, that characters might appear silhouetted. However there is still a considerable amount of detail in the foreground and their features; it’s just that our eye can’t adjust for this range of luminance, which is confined to a relatively small area of screen. This all needed consideration, as these problems wouldn’t be as acute in SDR. It was then a case of making subtle adjustments in the skim grade to ensure the integrity of the original creative vision was retained across both deliverables.”

“It’s been a fantastic learning experience for all of us involved with the Brassic project, and we’ve been pleased with how flexible DaVinci Resolve has proved,” concludes Matt.

Product photos of DaVinci Resolve Studio, Fusion Studio and all other Blackmagic Design products are available at www.blackmagicdesign.com/media/images. 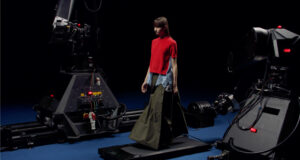