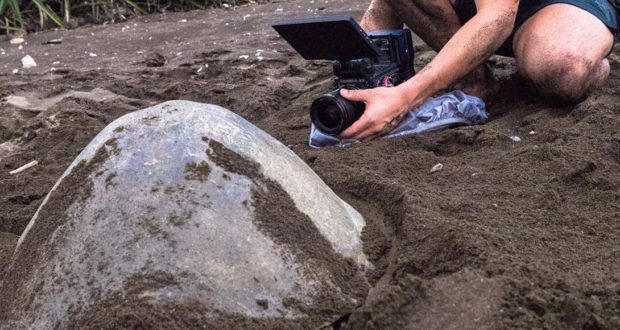 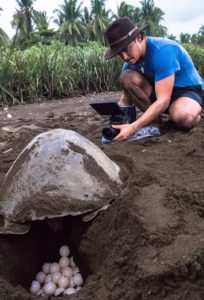 DeAndrade, director, cinematographer and host of “Untamed with Filipe DeAndrade,” has found success in pairing Core SWX’s powerful battery solutions with a 6K RED EPIC-W while filming his latest episode on methodology and species preservation of the Costa Rican sea turtle population. While shooting his captivating yet difficult subjects, DeAndrade recalls the importance of reliability when it comes to his battery life while filming time lapses. “I can’t stress how taxing and intense motion controlled time lapses are,” says DeAndrade. “When working with sea turtles, you put in many hours and work through the night to capture the right moment. Animals can be unpredictable so you have to be ready for anything. If something cuts out in the middle of a frame, due to loss of power, that’s basically a day of work that is thrown away. So, to have battery reliability and predictability is always vital.” 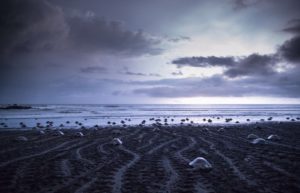 While DeAndrade was impressed by the Hypercore SLIM HC8’s dependability, it is the products’ unique design that leaves a lasting impression with the Brazilian-born filmmaker and his production team. “The Core battery’s weight is 100 percent crucial,” he says. “It’s a game changer in what we do because there’s only three of us filming the entire production. We are performing multiple roles so we are also carrying a lot of gear. Keeping the weight of our equipment light is important because we want to conserve as much energy as we can. The minimal weight and dimensions of the battery are a main reason we choose the Core batteries, but what’s most impressive is that we don’t have to compromise on quality for size.”

In addition to his sea turtle footage, DeAndrade also utilized his Core SWX driven equipment while filming the ultimate pit viper in Central America, the Fer-de-lance. “Core really came through for me to get amazing shots at night using a light panel by myself. This battery really made a difference especially when filming an animal that commands your full attention.”

While DeAndrade recently added Core SWX products to his rig, he has achieved significant success. He plans to use the Hypercore Slim HC8s once again for his upcoming underwater shoot with bull sharks in Costa Rica. “I work with a Gates underwater housing unit paired with the HC8 on a RED(r) because they are the only batteries that fit properly while giving me as much power as I need on my underwater shoots.”

The HC8 is the latest addition to the Hypercore SLIM series and the first line of slim battery packs capable of handling high-draw loads, making them ideal for UAV, handheld gimbal and all other applications demanding a low-profile battery pack. They are capable of powering RED, ARRI ALEXA Mini and similar digital cameras, handling draws of up to 148Wh (10A) without deterioration in service life or operability. An LED backlit runtime LCD on the front of the HC8 battery pack lets users see how much battery time remains when in use as well as charge time while connected to a charger, allowing users the opportunity to plan their shoots down to the minute. The battery’s cells are incased in an over-molded, rubberized housing, providing additional protection against accidental impacts that may occur when operating alongside UAVs. Like the Hypercore Prime; this 85Wh battery pack is safe and legal for air travel. The HC8 is available in V-mount, 3-Stud mount and V-mount RED to communicate exact remaining battery capacity to the RED camera’s LCD/VF.

As with all products within the Hypercore series, the HC8 is outfitted with an accelerometer to detect motion. This allows the battery packs to hibernate when there is no usage or movement after a 48-hour period. Once the battery is back in use or detects the slightest movement, it awakens at its maximum capacity. Like all Core SWX battery offerings, each battery in the Hypercore series has an integrated P-tap connection on its side that lets users power any 12-volt DC device. Hypercore battery packs are also the most charger-compatible in the industry today. Not only are the batteries compatible with any charger within the Core SWX line-up, but the V-mount offerings will charge seamlessly on RED, IDX and Sony chargers. The 3-Stud products will charge on Anton/Bauer chargers firmware V3.6 and up.

About Core SWX
Core SWX is the market leader in batteries and charging solutions for the digital cinema and the professional video industries, along with emerging markets such as drones and virtual reality. Our flagship products, including the Hypercore line of batteries, remain at the forefront, providing the power to create in a variety of applications. Compatible with leading professional and consumer manufacturers, such as Sony, Panasonic, Canon, RED, Blackmagic Design and more, Core SWX stays ahead of the curve in a technology-driven era that is constantly evolving. For more information, visit www.CoreSWX.com.