CHICAGO, APRIL 25, 2018 – Kevin Otterness has spent the past 25 years honing his craft and building a reputation as one of the industries most respected cinematographers and directors of photography (DP). Otterness understands the importance of working with reliable equipment that can handle the extremely long hours and grueling production schedule that comes with the job. On four recent commercial shoots for Sony Playstation, he relied on a selection of equipment from Core SWX, a leader in battery and charging solutions, to ensure the cameras stayed powered and rolling. 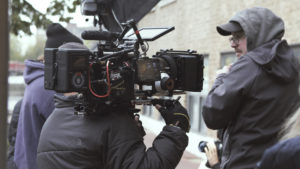 Otterness began using Core SWX products about five years ago after having ongoing issues with other manufacturers’ batteries. He kept having complications including V-Mount release buttons breaking off and batteries not holding their power over time. Otterness knew he needed to invest in a reliable power solution, which is when he discovered Core SWX. Over the last four years, he has been building up his Core product inventory, which now includes the Core Fleet-Q4S Charger V-Mount, V-Mount HotSwap for RED, Hypercore 98 RED batteries, Hypercore SLIM 8 RED batteries and Hypercore 9 Mini (HC9 Mini) RED batteries. 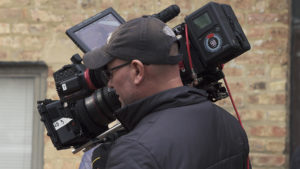 “When shooting multiple commercial spots on such a short turnaround schedule, as was the case with the Sony Playstation job, a DP can really feel the pressure to make sure everything runs smoothly,” says Otterness. “The director and gaffer wanted to see the framing of the first shot before blocking and lighting the scene, which took an hour and a half. This is where my Core batteries shined.” 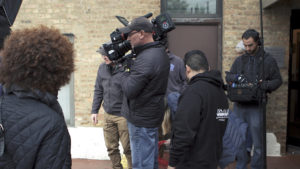 Otterness has eight Core batteries in his kit at all times, along with a Dual Mount HotSwap for his RED camera, allowing for continuous battery power. For his shoots, he uses two batteries to power an HD 703 OLED portable director’s monitor, leaving six batteries for the camera, which are in rotation at all times. To ensure uninterrupted power, he also relies on the Core Fleet Charger, which quickly charges four batteries simultaneously. 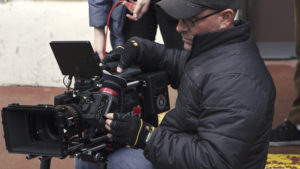 Another advantage of running two Core batteries with the Dual Hotswap on the back of a RED camera is greater counterbalance. According to Otterness, “One of the Sony Playstation spots required me to be handheld/shoulder mounted all day. When going handheld with my RED camera, I use two of my Hypercore 98 RED brick batteries. This gives me a nice counterbalance without making the camera rig too heavy. In addition, I use my Hypercore SLIM 8’s and my new HC9 Mini’s when I want to get the camera package as small as possible – it helps me get into those really tight spaces. What I like most about my new HC9 Mini batteries is that the P-tap is on top of the battery, not the side. This is a great option when having to plug-in additional accessories, like an EVF or an AC monitor.” 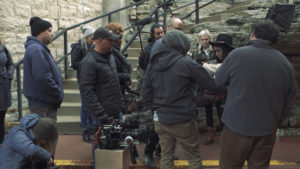 Otterness has used Core solutions for his work on features, music videos and commercials with no issues. “I’ve never had to use Core customer support and I think that says a lot about the company’s products. They just work,” adds Otterness. “Not only do Core’s products meet my needs, they exceed them. I don’t have to worry about how or if I’m going to have enough power to get me through my day. My Core batteries go on every shoot with me. I never leave home without them.”

About Core SWX
Core SWX is the market leader in batteries and charging solutions for the digital cinema and the professional video industries, along with emerging markets such as drones and virtual reality. Our flagship products, including the Hypercore line of batteries, remain at the forefront, providing the power to create in a variety of applications. Compatible with leading professional and consumer manufacturers, such as Sony, Panasonic, Canon, RED, Blackmagic Design and more, Core SWX stays ahead of the curve in a technology-driven era that is constantly evolving. For more information, visit www.CoreSWX.com.