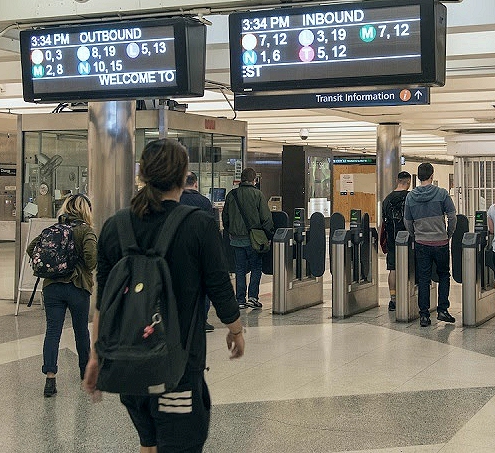 As a result of the popularity of digital signs, a new industry has expanded to connect this huge network of displays to a range of video sources. Not surprisingly, HDMI is a key to the connectivity toolbox.

HDMI, which stands for High-Definition Multimedia Interface, is an interface for transmitting uncompressed video and audio from an HDMI-compliant source device, such as a display controller, to a visual display. A replacement for analog video signals, HDMI can work with anything from large digital signs to home television and audio receivers. It is found virtually everywhere. 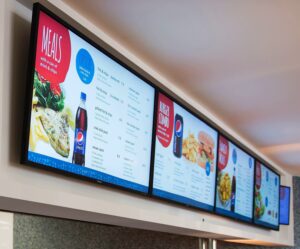 HDMI implements the EIA/CEA-861 standard. Several versions of HDMI have been developed and deployed since the initial release of the technology, but all use the same cable and connector. Other than improved audio and video capacity, performance, resolution and color spaces, newer versions have optional advanced features such as 3D, Ethernet and Consumer Electronics Control extensions.

As of the beginning of last year, a whopping 10 billion HDMI devices had been sold. While digital signs offer exceptionally high video quality, faulty HDMI cables or connectors can result in shooting stars or blurriness in the image; weird colors; or intermittent image and sound. The integrity of the digital network and the gear used in it must be of top quality for reliable service.

Among the company’s products is the Ocean Matrix OMX-07HMHM0001, an HDMI switcher that allows up to four HDMI source device connections to independently distribute any source to up to four connected HDMI displays.

This HDMI 2.0 device supports up to [email protected] with flexible switching and also supports mixed 4K and 1080p display outputs and features built-in downscaling for simultaneously displaying 4K content to a 4K monitor and 1080p content to a 1080p monitor.

Also in the Ocean Matrix toolkit is the OMX-09HMHM0001, a portable mini HDMI signal generator and display emulator. It is capable of generating four different video resolutions of up to, and including, [email protected] 4:4:4 and can also emulate and analyze HDCP content.

DIP switches allow for control over built-in EDID management and HDCP content selection when used as a signal generator. LEDs show the signal or HDCP status.

Another tool is the Ocean Matrix OMX-HDMI-CAT6X extender system. It includes a transmitter and receiver to extend 4K HDMI signals up to 130-feet and 1080p up to 230-feet over a single CAT6 cable. This set features a local HDMI loop-out on the transmitter, IR signal transmission and EDID pass-through support.

Though digital signage can range from very inexpensive to quite costly, the infrastructure feeding the displays is critical to good image quality. It will save costly troubleshooting down the road to use the best components and cables available to construct any HDMI system.