Just as certain musical performers have “signature” songs that define their repertoire, so do makers of moving images. How to find and execute a signature “look” is not easy. But when it comes, your visual style will be unique among all others.

I once asked the singer Tony Bennett how he found a signature song like I Left My Heart in San Francisco. His answer lasted nearly 40 minutes, and involved personal taste, good writers and — in the end — dumb luck. 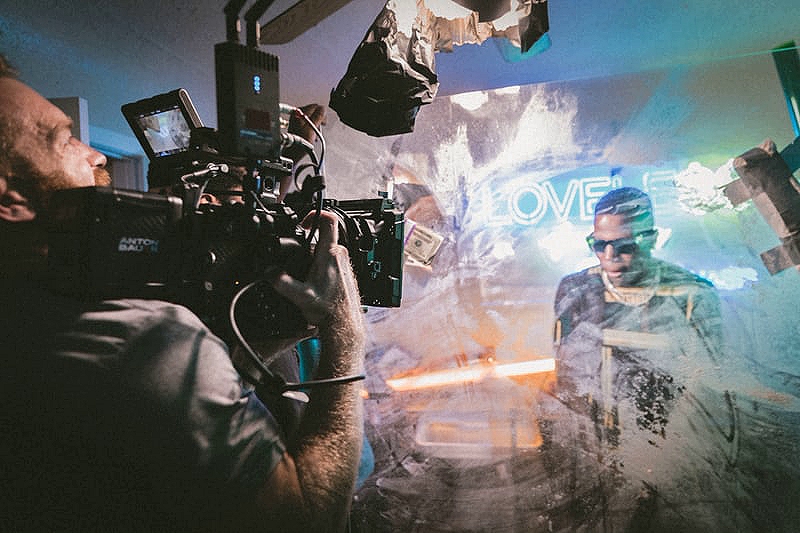 What we do know is finding a personal video style begins with what moves an individual personally. In imagery, it could be bright colors or black and white. Hard or soft light. Personal preferences when watching a film. Ask yourself if any single film or video stands out to you personally because of its “look.” One has to understand and trust personal preferences.

Just as sitting down to write a great song (very difficult for most of us), finding a preferred visual style can be a long and exhausting journey. Determining style begins with our own knowledge, emotions and appreciation of unique experiences. This even means what an individual likes to eat and drink, or favorite hobbies. Inspiration can come from anywhere.

Equipment — whether by choice or necessity — can also influence the look of a video image. Great still photography can come from the cheapest cameras, because they “draw” an image differently from high-end, picture-perfect cameras. Many top photographers purposely use low-cost — even toy — cameras to get a unique type of image. 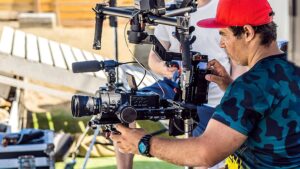 Style can come from the use of certain lenses, specific lighting techniques or even how a camera is mounted or moved. It can also come from an editing technique. The bottom line is it should come from something inside the individual and be aesthetically satisfying.

If I could bottle the creativity that gives an individual a unique signature, I probably wouldn’t be writing this article. There is no textbook that defines how to successfully do it and no one can teach you. It has to be discovered.

However, one can begin by thinking about and re-assessing everything in the image making chain. What are the flaws and strengths of the gear being used? What happens when shooting in very low light? How is the camera mounted? Beyond a traditional tripod, how is the camera moved during a shot? Or do you lock the camera down because your poor-quality gear creates shaky movement?

What about lens flare and backlight? Is it flattering or distracting? Do you prefer natural light or extensive artificial light? How do you compose your images? Do you follow the traditional rules of composition or do you purposely break them? All these factors have a major impact on the style of moving images.

Also consider sound, which can be as important as the picture. How are sound effects and music used? Unconventional sound effects can create a signature style, as can the unique composition of music. Remember, it is the total of the production that creates the style, which includes both sound and visual elements. 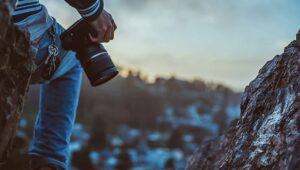 Sometimes locations can help create a visual style. A good example is the film director John Ford, who shot the classic, Stagecoach, in 1938. He used Monument Valley in nine of his films, making it a signature part of a John Ford film.

The choice of projects also affect style. What kind of story do you like? Romance, action adventure, sci-fi and horror can have their own signature style. Do you prefer slow or intense buildups; surprise endings; or a production full of comic performances? Anyone can easily see the difference between films by Steven Spielberg, Alfred Hitchcock and Woody Allen. Each developed unique signature styles over long careers.

It is worth noting that when one finds a signature look, they often work with the same crew and actors time after time. This is because the group understands the director’s goal and preferred style. Working with the same team eliminates the need of educating new people to the director’s style. 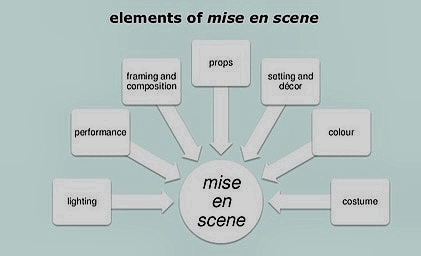 Mise-en-scène — the atmospheric collection of visuals that are used to create each frame — occurs when an entire production comes together. Everything from the choice of camera angles, the blocking of the actors, wardrobe, props and set design, combine to create an ephemeral feeling that creates a unique style.

Mise-en-scène is the key work of any director. It combines of all the tools, skills and experiences used together to tell a story. From this combination of techniques, comes style.

Don’t kid yourself, developing a signature style is a difficult task. It can take a lot of experimentation and discovery about one’s own tastes and preferences. Like virtually everything in life, personal style is not clear from the beginning, but is developed over time. It can also change as one gains more experience. But when you find it, your work is totally unique.