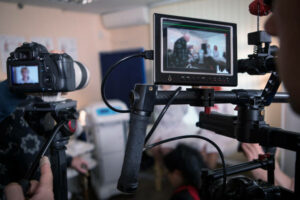 Let’s face it, some people are cut out for the freelance life, while others are not. Freelance video production, at least in the early days of one’s career, is either feast or famine. The uncertainty of the work — plus the need to pay bills — drives many to take “real” jobs.

Having worked as a freelance writer and media producer for nearly 50 years, I’ve experienced the best and worst of the independent life. I quit a reporting job at a major urban newspaper, knowing I preferred working on my own. Most thought that decision was crazy, but I knew it was the right choice for me.

Once one chooses the freelance life, he or she must devise a strategy for achieving success. Most of us are so anxious about finding work, we take any job and often charge too little for it. I did this in the early days as a video freelancer. It can be a hit or miss strategy, since it is a hard balancing act between doing first-rate professional level work and being so overworked as to become sloppy and shoddy.

Some of the rules I set for myself and I have adhered to over the years have worked well. They include:

–Know your media craft before you start. You get no training on a freelance job. Blow it and you are finished. Period. I remember a waitress in a New York City coffee shop who once showed me an expensive new video camera she had bought. She was going to start freelancing. She knew nothing about video production — only promises that claimed it was “easy.” She had used all her money to buy the camera, having none left over for essential accessories she would need. Her sad story is repeated too often.

–Always honor deadlines. If you are always late, you get a bad reputation that can haunt your professional status for years to come. Being on time or delivering early, demonstrates that you are responsible and can be trusted. This comes from realistic scheduling and knowing what you can and cannot accomplish in a given amount of time. 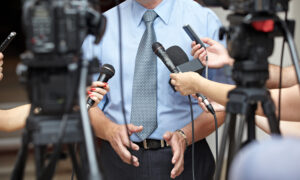 –Charge a fair price for your work. Don’t do anything for free, unless under the rarest circumstances (say for a charity or a close friend.) Know the market and your value in it. Serious clients rarely argue about a fair price if you deliver excellent quality work on time.

–Don’t take on more work than you can handle in a specific period of time. This one is very hard, since most freelancers (myself included) want to say “yes” to every job we are offered. The smart freelancer avoids this, understanding the difference between deadlines and the amount time of needed to do quality work. It’s a tricky balance that comes with discipline, good scheduling and experience.

–Make yourself known as a professional in a field where you are always competing against someone with a lower price. Resist meeting every price, since it is bad business and can easily set-back your career. Study your pricing, make sure it is fair and stick with it. You may lose the job, but it better than working at a loss. Some clients only want the lowest price, not the best job. Avoid them, if possible.

–Treat freelancing like a real business, which it is. Keep good records and do the necessary paperwork. You have to pay taxes and accurate records make it easier. Having an organized business is much better than being sloppy.

–Create a detailed production workflow that works for you. There are multiple ways to produce and edit video into a finished product. And there are many steps, including pre-shoot client meetings, production equipment and crew, file storage and backup, editing, graphics, color correction and ways the product will be delivered in the end.

Figure that workflow out in detail and in advance, optimize your costs and stay with the plan. Over time, most video producers create a proven template to follow for certain types of jobs. This is a kind of pre-checklist to follow — sort of like a pilot flying an airplane. Before long, it becomes part of your memory.

If you don’t have the money to purchase with all the equipment needed up front, figure out the costs to rent what you need for each job and build it into your final price. Never guess. You will always tend be too optimistic and it will lead to cost overruns.

–Build a trusted crew to work with you. No one can produce media programming alone. It is a collaborative effort. If you are — say the cameraman/director — you’ll need access to other trusted freelancers such as a sound operator, lighting director, set designer, writers, production assistants and even caterers for lunch. Make sure they have the same work ethic as yourself, pay them on time and build long-term relationships.

–If you find yourself with more work you can do in a fixed amount of time, farm it out to other freelancers you trust. Informal collaborations can be lifesavers. If you simply can’t handle the job, recommend good people that can. One day that freelancer may refer a job back to you. Try to be friends with people who do the kind of work you do. You may be a competitor one day and a collaborator the next. 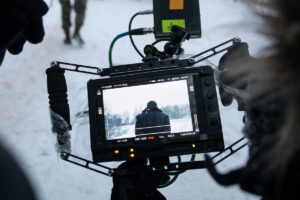 –Create loyalty with your clients. They will return with more work if you give them good value for their money. It is a tried-and-true formula that works over and over. Treat clients like friends and they will not only use you for their work, but recommend you to others needing similar services.

–Prepare for emergencies. Equipment breaks occasionally and needs repair. So have backup plans. Humans get sick. Have others on call to help. Give yourself some breathing room for emergencies in your schedule. Don’t overwork yourself. Balance your life. It works better over the long run.

–There’s an old cliché among freelancers that has proven to be true. The client always wants the job done well, fast and cheap. The problem: it’s impossible to do all three at once.

Always do every job well — professionalism is a given for long-term success. But fast is never cheap. We are all humans. To work fast is never cheap. Extra people need to be hired and that will cost more. To do a job at a lower price, give yourself extra time. Give the client a choice — but don’t try to do all three. You will probably fail.

Freelancing in media production can be a fulfilling life — free from the constraints of a routine working job. Though many feel it allows them to be their own boss, that’s really not true. The client is the ultimate boss. In the gig economy, the boss just keeps changing. And the difficulty of each job changes too. That’s the reality.

To be a successful media freelancer, one must have professional standards, know the craft, run a tight business and build a list of happy clients. It is not easy, but it is the right choice for many people.