Creating Depth in a Shot Composition 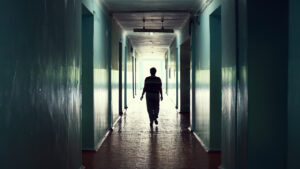 The key to any successful film or television show is creating an experience that captures viewers and keeps them engaged. While filmmaking is a visual experience, a true master of the medium understands that it requires more than a pretty picture to create immersion.

One of the subtle ways to achieve this is to establish a sense of depth in your shots. Producing a sense of volumetric space can bend the confines of a two-dimensional image into a more visually appealing experience. We will look at three simple yet dynamic ways to accomplish this.

Declaring that shot composition plays a role in the visual appeal of an image seems like stating the obvious. Composition literally frames up the story and, when done well, will command a viewer’s eye around the scene, including on a three-dimensional plane.

Depth of field, a concept taught in filmmaking 101, is one of the most simple and common ways to achieve this. Controlling the focal range of a camera lens mimics how our natural world eyes focus on objects at various distances. Rack focusing from a foreground object to a background one—and vice versa—is a fantastic and rudimentary way to create a sense of depth in a shot.

Manipulating geometric shapes within your composition is a more aesthetically artistic and psychological way to create depth within an image. The human eye is attracted to lines and paths, which help us determine scale and distance. This concept is heavily utilized in artworks such as paintings and drawings. A technique of using “vanishing lines” allows the artist to use imaginary or temporary paths to a point in the distance to create the correct perspective. This technique carries over to cinema; instead of establishing an accurate scale, it subconsciously creates a sense of space.

In The Dark Knight, Christopher Nolan uses this technique frequently to frame up the Joker on empty streets, creating visual directionality and making him appear as an imposing figure in a large city. In Top Gun: Maverick, this technique is also used to give visual depth to what would otherwise be empty skies. The front-mounted camera generates sharp angles, and in combination with a wide-angled lens and background elements, he feels like an arrow soaring through a battlefield. 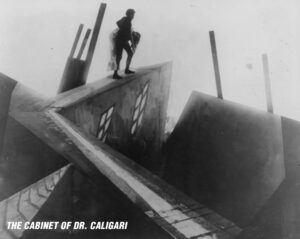 Set design can be taken to an extreme, as was seen in the 1920 film The Cabinet of Dr. Caligari, in which exaggerated angles to the set design create a visually appealing sense of depth, even when composed on a shallow studio stage. Play with that geometry! 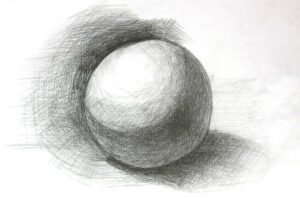 Lighting is a dynamic and critical asset to filmmaking. If you draw a circle on a sheet of paper and shade in one edge of it, that circle suddenly becomes a sphere, instantly implying a third dimension. When it comes to creating depth in lighting, shadows are your greatest asset. A scene lit entirely from the front is flat and dull. However, a scene that’s masterfully shaded can be breathtaking.

Use long, geometric shadows that can direct a viewer’s eye and create the same vanishing lines technique outlined above. In miniatures or night scenes, selecting the placement of key lights can offer a lot of shadow crafting. In a discussion with Florida Director and Cinematographer Victor Milt, he described a project in which he was filming a miniature of the moon. Instead of lighting the model from the front, he placed lights in the back just off-camera so the shadows of craters and hills stretched out long and toward the camera. This gave a more foreboding impression of a sprawling, desolate landscape than if it had been light from the front. 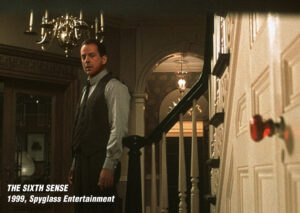 Another simple trick to create depth in darker scenes is to place a highlighted element in the background. For example, a scene that involves a character sneaking down a dark hallway at night can be much more dynamic if there is a light source at the end of the hall. It can be a window illuminated by lighting, a table lamp, an exit sign, or light from under another door. By creating that contrast, you establish separation in the foreground and background elements of the environment.

A similar effect can be achieved with color. In most films, whether comedy, horror, romance, or action film, there is a well-established balance of color. Typically scenes have two primary color tones that are complementary to each other and a third color that is a contrast. This contrast can be used for various effects, including creating compositional depth. The Sixth Sense can be used as a study for the master use of color contrast.

Regardless of which technique is used to compose a film image, the director ultimately guides us through a scene, figuratively holding and turning our heads toward where they want us to look. Sometimes it’s this decision-making that can create depth in a shot.

Physically moving the camera is an obvious way to achieve this. It doesn’t matter how well the shots are composed in Top Gun; if the camera is stationary, it feels less inclusive. There’s no need to explain the dynamics of a moving camera; however, one subtle detail can go a long way: parallax.

Our vision registers distance in the real world by the relationship of movement. Suppose we’re looking out a car window; objects close to the car move by quickly while the background moves slowly. We can take advantage of this parallax effect in the camera by having elements in the foreground, middle ground, and background move at different speeds. Seeing different “layers” of distance in a shot creates dimension.

Is the camera performing a slow dramatic push to a house? Since the house is closer to the camera, it will appear to grow faster than the background (keep that lens wide!) and give a sense of distance. However, place a mailbox even closer in the foreground and let the camera dolly past it, and you’ve added a new dynamic visual element.

To illustrate this another way, pay close attention to shots on a camera jib that start higher (for example, six to ten feet) and lower down into a scene. These shots almost always have something in the foreground to create that parallax effect. Without this foreground element, there isn’t enough separation of foreground and background, and the viewer may not even register the movement. 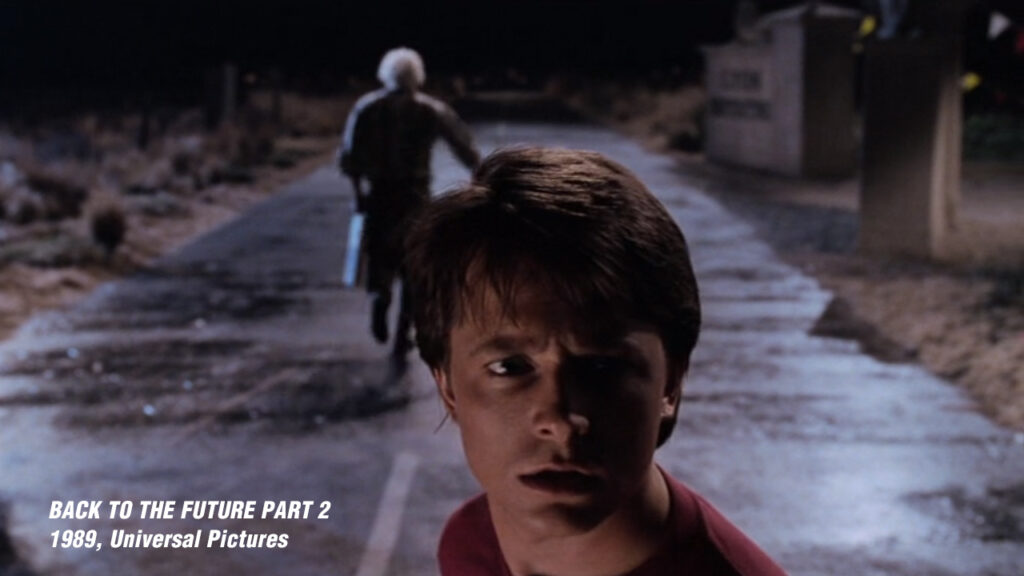 Finally, actor staging can be another engaging solution. Nothing sells the depth of a scene more than having the characters traverse it. Director Robert Zemeckis showcases this tactic in films such as Back to the Future. In scenes that involve Doc and Marty delivering lengthy exposition, he choreographs the shot to have them constantly moving between the foreground and background. It’s subtle but incredibly effective.

Film can be an exciting and versatile medium. Whether using geometric shapes, lighting, or staging, the master craftsman knows how to establish a scene and make us all feel inside it with them.