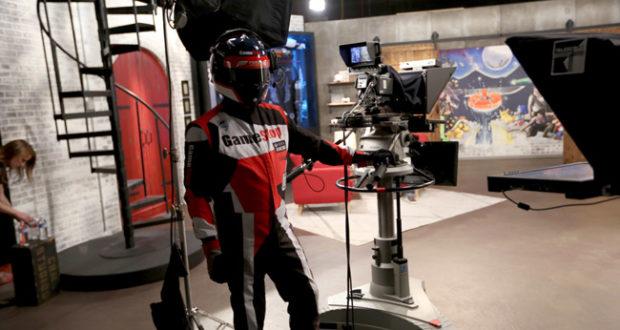 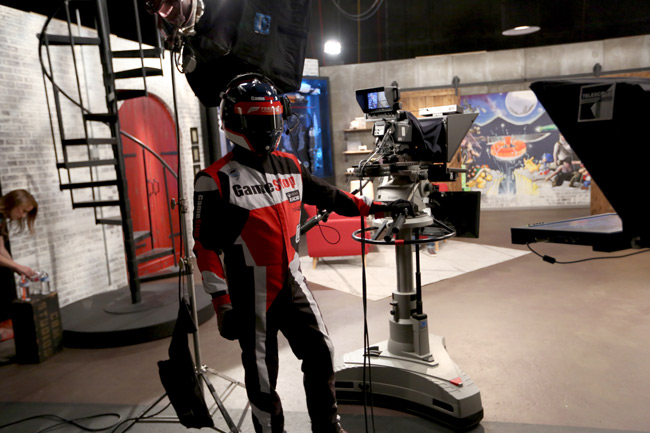 Michael Murray has been with CRM since 2002 and has worn many hats. Today he is CRM’s, Director of IT and Broadcast Engineering. “In the early days, CRM had a services contract with RadioShack to do about 20 hours of satellite broadcasting a month, plus we were doing all their toy commercials and some cell phone commercials,” says Murray.

“In 2005, CRM was completely Avid-based. We had Avid Unity for our editor storage originally. We shot on tape, edited on Unity, and then spat it back out to tape. That was our old SD workflow. Once we switched over to HD, Avid shared storage became way out of our price range, so we looked for alternatives. After a thorough search, we finally settled on Facilis.”

CRM purchased its first Facilis system, a 24TB 24D, in 2006. It was one of the earlier systems with a fairly low serial number according to Murray. “The reason Facilis was chosen over others was because it was fast enough for our performance needs, had ample capacity, and it was easily expandable if required by adding more servers or bigger drives.”

Fast forward through the years, and CRM has replaced and upgraded their Facilis shared storage systems a few times. “We’re on our 4th and 5th Facilis servers now. Facilis was always great when doing trade outs if we needed more capacity,” says Murray.

Opportunity knocked when Glenn Beck needed a new home for his show. “I moved Glenn Beck to the Las Colinas studios from New York, building his broadcast network hub including a 15000sq ft Stage A, 3200sq ft Stage C and Control Rooms. CRM then had a services contract with Glenn to do all his production work starting in 2012.” The Las Colinas studio complex covers 9.89 Acres. Building One, Glenn’s Stage A, is big enough to hold 5 different sets. CRM currently occupies the middle stage, which is about 4500 sq. ft, and one of the control rooms. Once Glenn started doing production at the studio, it became the largest TV news studio in the US doing daily broadcasts. Glenn bought and renamed the Studios of Las Colinas to Mercury Studios in 2013. CRM did production for Beck and his Blaze Media company for 4.5 years until Glenn decided to take production and post in house. As of 2017, CRM Studios is now a tenant at Mercury Studios doing a wide variety of work for a large list of clients.

Last year, CRM added a new 128TB Facilis Shared Storage system. They have always had Fibre Channel between their storage and editing systems from the very beginning. “We’ve always had access via Ethernet, but it used to be only 1Gig which wasn’t sufficient for the editors. We’re mainly a Fibre Channel shop, but once the servers could do 10GigE, it’s been a no-brainer to hook up some additional 10GigE clients. It’s a unique strength of Facilis having Fibre Channel and Ethernet in the same crate. We can administer the storage seamlessly across both Ethernet and Fibre Channel,” says Murray. CRM is mostly a “Mac House” running Adobe Premiere Pro and other Creative Cloud apps; however, they can and still run Avid systems when required.

Recently, CRM started using the Facilis FastTracker which has given all the editors easy access to large volumes of assets that see frequent use. “One of our big customers is GameStop. We do all their in-store TV content,” says Murray. “We get a lot of media from outside sources—game developers, logos, ESRB ratings, and we do a monthly show from the studio that’s live to disk. With all those assets, we needed quicker access, so FastTracker has been very important to us. It’s just the right amount of media management for us, and its integration with Adobe Premiere Pro makes it a natural extension for the editors.”

CRM typically captures in 1080p or 720P ProRes using AJA devices with local content generated by the control room. In the field, they use Sony FS7s and RED cameras, capturing anything from 720P to 4K on the Sonys and up to 6K on the REDs. Murray does drone shooting himself at up to 5K with the biggest unit. They occasionally get graphics workflows that utilize DPX files too.

“Even when shooting 4K+, we usually deliver in HD for the majority of our clients. 4K and higher resolutions as a deliverable does happen, but it really depends on the where it’s going. For example, we recently did a museum piece in 8K,” says Murray. “The majority though is 1080p or below delivered as ProRes files.”

“We have not had any performance issues with anything that we’ve edited with Facilis. We’re mixing resolutions in the timeline from 720p to 4K from the Sony cameras in up to 10 layers on an edit and it’s never been an issue,” says Murray. “The Fibre Channel clients are currently at 8Gig. Our servers are already ready for 16 or 32Gig, so it’s comforting knowing that if we need additional throughput, I’ll just need to upgrade the Fibre cards in the clients. Even with the RED stuff we do, which is 4,5, or 6K, performance has been fine.”

So many shared storage systems require a degree in IT to manage and administer. For CRM, it’s always been easy to administer the Facilis system themselves. “Since running v7 of the Facilis software, we now use the web client for administration. It’s been amazing and so easy to use. I can still administer the server remotely through a remote desktop client, but for day to day usage, all the editors, the audio team, and I, just use the Facilis Web Console now. There’s not much administration that I have to do either,” says Murray. “Back in the day, we used to create one volume per client and then expand those volumes as needed. Now that the volumes are large enough, it’s easier than ever to manage space and permissions.”

Support is not something most customers talk about, but for CRM, it’s one of the key factors that keeps them coming back to Facilis. “Support has been amazing. Over the years I’ve had the odd client or server issue pop up and they’re incredibly quick to respond,” says Murray. “Either remoting in or helping me over the phone. The Facilis team always goes above and beyond to make sure to not only to fix things, but to keep us informed and educated so we can better help ourselves too. That’s been worth the money right there. Since we’ve gone to v7, support has been even less needed for any issues. It’s become a “set it and forget it” configuration which is exactly what you want from your shared storage.”

Clear-Com IP Solutions Helped Pave the Way for World Premiere of Sound of the Silk Road in Xi’an, China 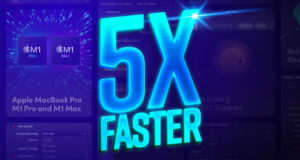