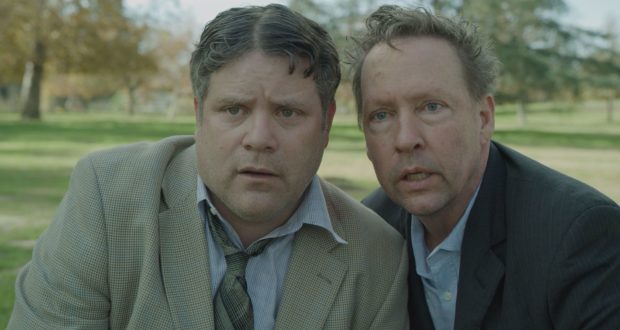 Sean Astin and D.B. Sweeney in a scene from 'Two Dumb Micks' 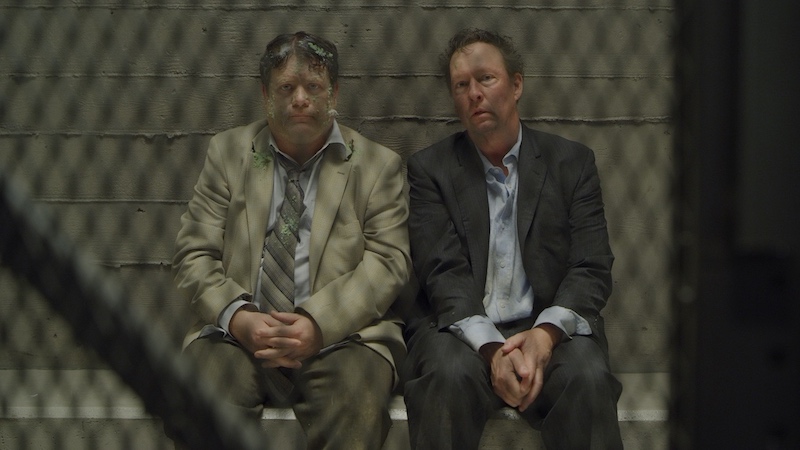 Sean Astin and D.B. Sweeney in the slammer in a scene from ‘ Two Dumb Micks’

‘Two Dum Micks,’ an offbeat comedic short film, written, directed, and produced by D.B. Sweeney and edited by Keith Kristinat at The Colonie – is sweeping the festival circuit with over two dozen first-place awards to date. It tells the story of Mikey and Mick, played by Sean Astin and Sweeney, two down-and-out guys who come up with an implausible jailhouse scheme to get the money they need to solve their legal problems.

“’Two Dum Micks’ is a homage to the classic one and two-reel comedies that were Hollywood staples during the silent era,” says Sweeney. “I wanted to capture the fun, the unpredictability, and the universality of the characters. Everyone relates to a guy down on his luck, puckishly trying to get back on his feet.” 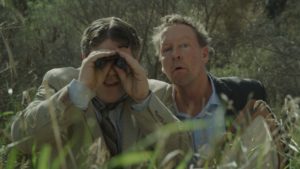 “Cutting a film with a concept that takes its cues from this classic comedic genre was a unique experience,” says Kristinat. “D.B. wrote a nuanced, wacky, engaging script with a specific vision. It relied on editing to create the right pace and unique feel needed to achieve the off-kilter comedic style that he had in mind.”

There was an abundance of great footage with tightly written 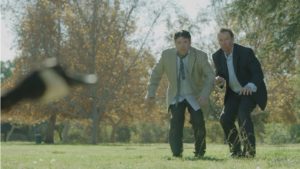 dialogue, driven home by great performances by Astin and Sweeney. Kristinat honed it down to find just the right moments to create an engaging, humorous story that unfolds during a short window of time.The editor cut and finished the film on Adobe Premiere, working with The Colonie’s Assistant Editor, Lexi Midkiff.

How Kristinat came to team up with Sweeney

While working as a creative consultant on another D.B. Sweeney project Kristinat showed the prolific actor some of his editorial work. Impressed by his reel, Sweeney mentioned that he was sitting on a short film that had lost steam and asked him if he wanted to take a crack at it. Kristinat, an experienced editor at The Colonie, jumped at the opportunity. 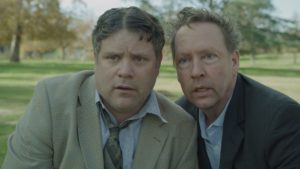 “I had initially engaged another editor who did a good job getting the film to a certain place, but I wanted a different approach,” says Sweeney. “Keith came into the picture and did a beautiful job. He brought a lot of energy and the kind of comedic sensibilities to the editing process that helped put ‘Two Dum Micks’ over the top. He had a big hand in the film’s success and deserves the praise and acclaim he is getting for his contribution to this project.”

“As the writer, D.B.’s expertise and insights, along with his openness to all of my suggestions, helped me find the right rhythm for the film. His collaborative spirit made editing this project a dream experience,” adds Kristinat.

Top Honors on the festival circuit

D.B. has more in store for our two ne’er-do-wells. He is currently developing additional episodes for the series.

About: The Colonie:
The Colonie is a Chicago-based award-winning full-service editorial and post-production house specializing in providing agencies, brands, and filmmakers with engaging and efficiently crafted content for every medium. For more information, visit www.TheColonie.com, contact Executive Producer, Mary Caddy at 312-225-1234.