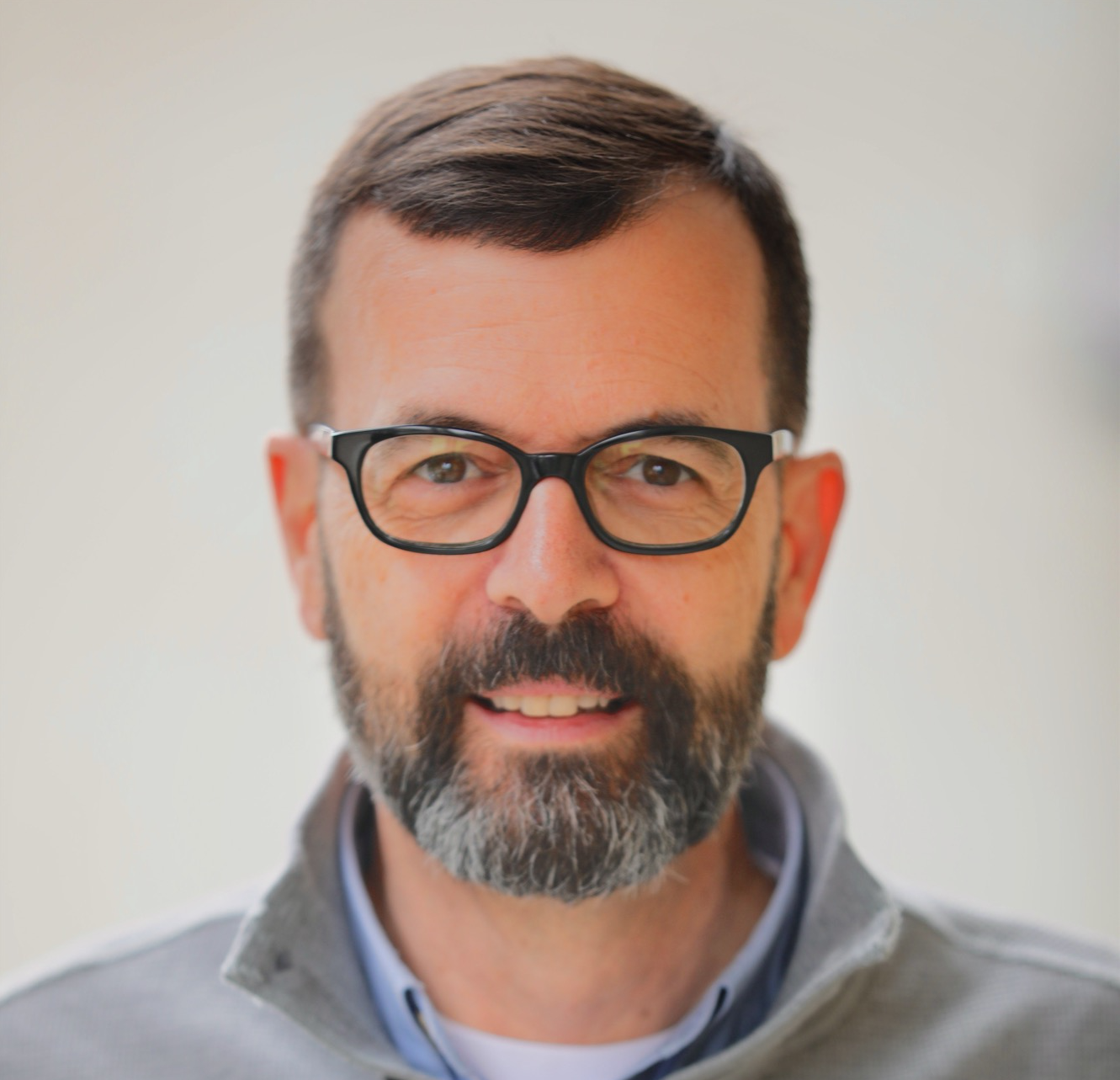 The four part documentary series, produced by Duncan Entertainment, looks at the life and times of Tazio Nuvolari, the acclaimed Italian racecar driver who rose to stardom in the 1930s. Having worked with Duncan Entertainment for more than 25 years, sound designing and mixing documentaries with Fairlight for the majority of that time, Independent Studios’ post process has become a well oiled machine. 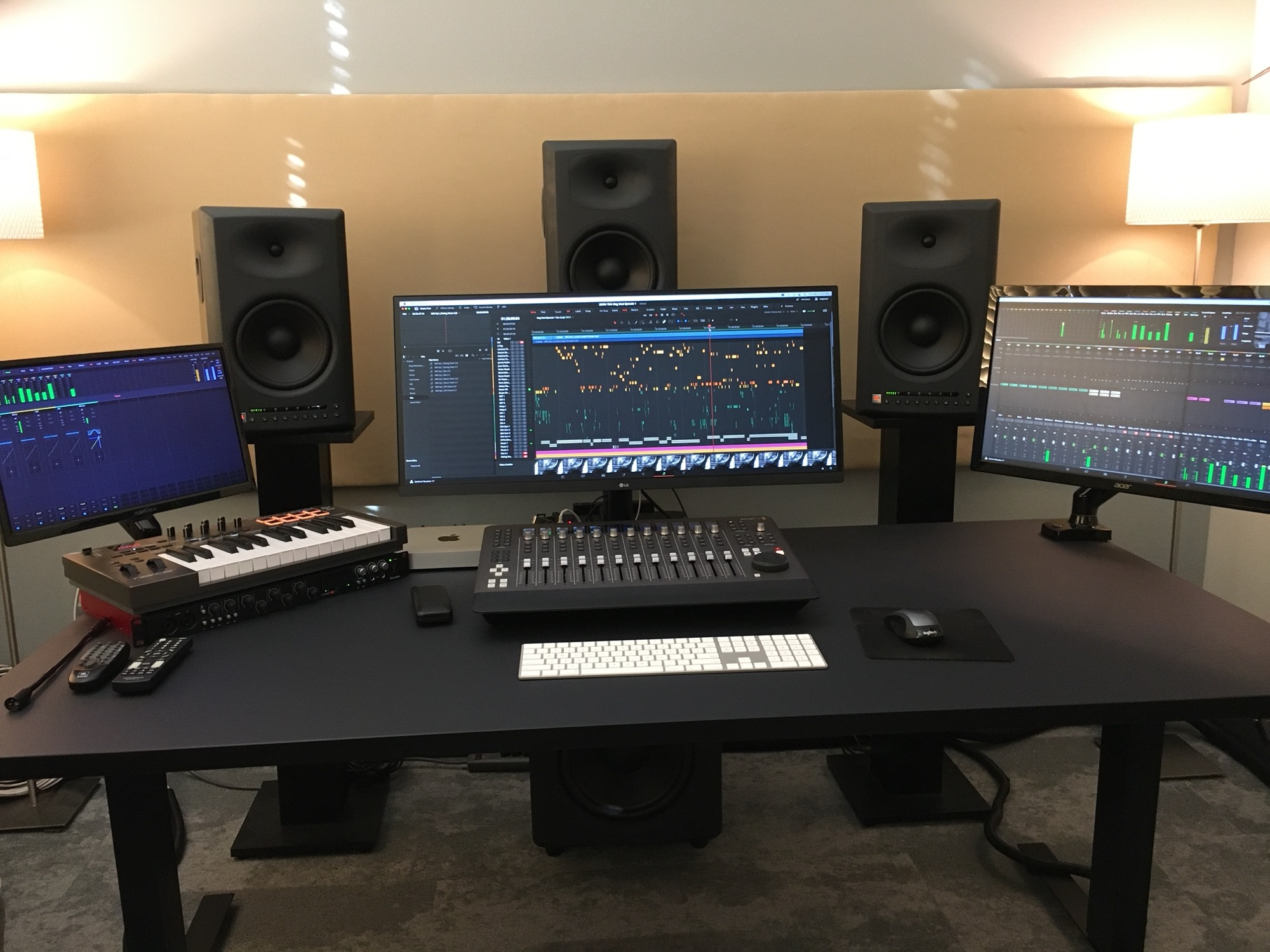 “I started by cleaning up the dialogue and adding all the sounds needed to bring the story to life,” explained Bobo. “In this case, there was a lot of archival footage that was MOS, or that had no synchronous audio track, so I had to recreate sound for entire scenes. For example, 1930’s vintage reader cars, WW I and WW II battle scenes, people working in factories and more.”

“I was seamlessly able to import our existing sound effects library into DaVinci Resolve Studio and easily search for what I needed,” he continued. “I used DaVinci Resolve Studio’s foley sampler to produce various foley effects by assigning sounds to a keyboard and creating them in real time. Elastic wave retiming also came in handy when timing certain sound effects to picture as it allowed me to stretch a clip’s length in the timeline without changing pitch for easy retiming.

“Fairlight’s strength has always been in its editing. Having dynamics and EQ on every channel was a plus, and the new bussing protocol was amazing. I also used the Fairlight Desktop Console, and having twelve faders at the ready was fantastic, along with pan automation. It provided all the features I needed in a compact console.” 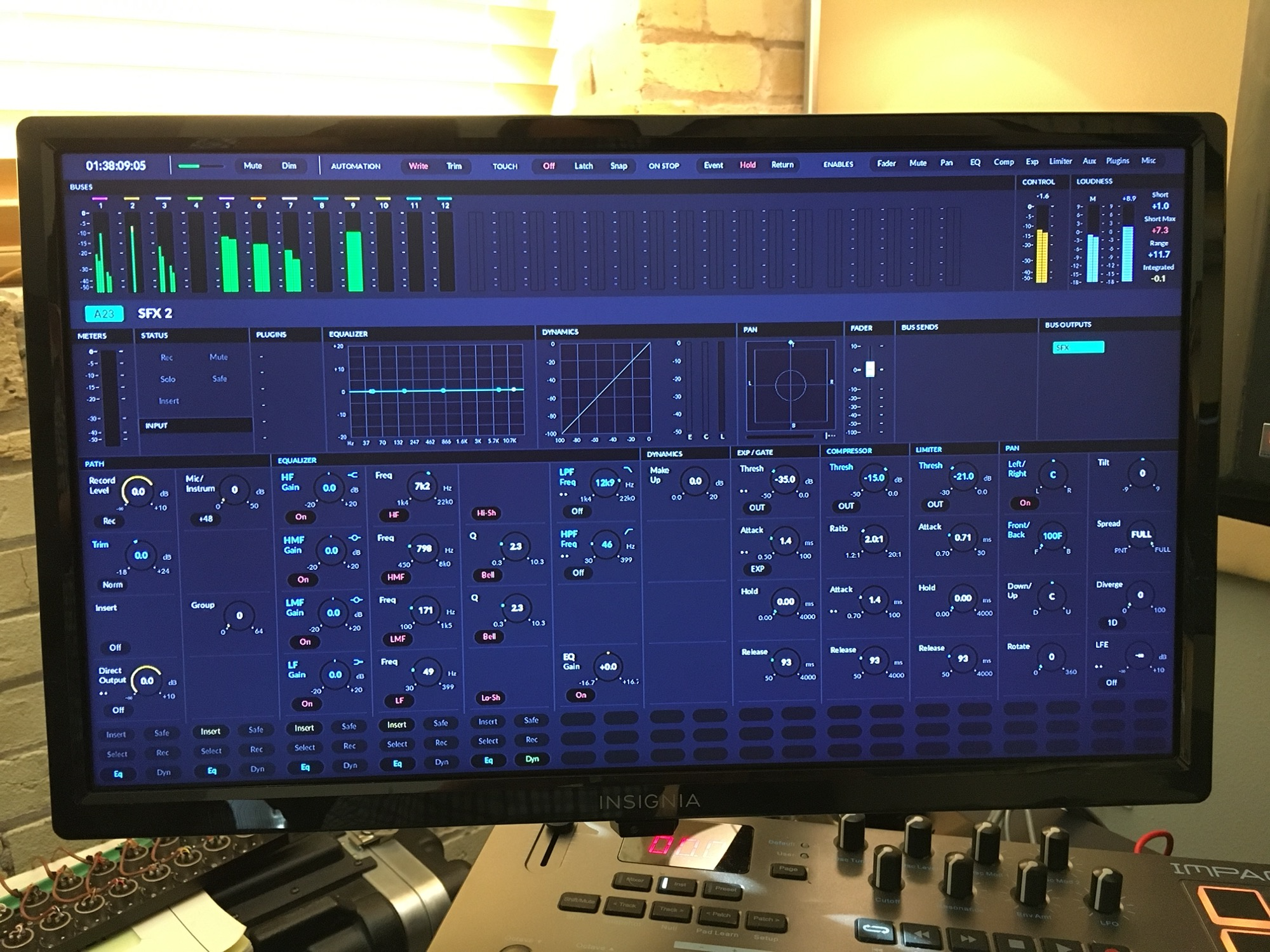 Bobo added that he is running his entire DaVinci Resolve Studio system on a Mac mini with the M1 chip. “I can’t believe how well it worked,” he said. “I didn’t treat it with kid gloves either but rather used lots of plugins to reduce noise and reverb on the dialogue tracks, as some were recorded in very reverberant spaces.”

As an audio and video post production house, Independent Studios also uses DaVinci Resolve Studio for grading and is in the process of upgrading one of its audio suites with a three bay Fairlight Advanced Console for mixing larger projects with higher track counts.

Bobo concluded, “First, I love Formula One, European cars and history, so this project was a pleasure and a treat to work on. The producers also gave me incredible freedom, so I was able to flex my creative muscles and have fun. Second, when you have a fully fledged system like DaVinci Resolve Studio and the accompanying Fairlight hardware console supporting your workflow, the possibilities only increase. Fairlight’s capabilities show that the application truly understands audio post.” 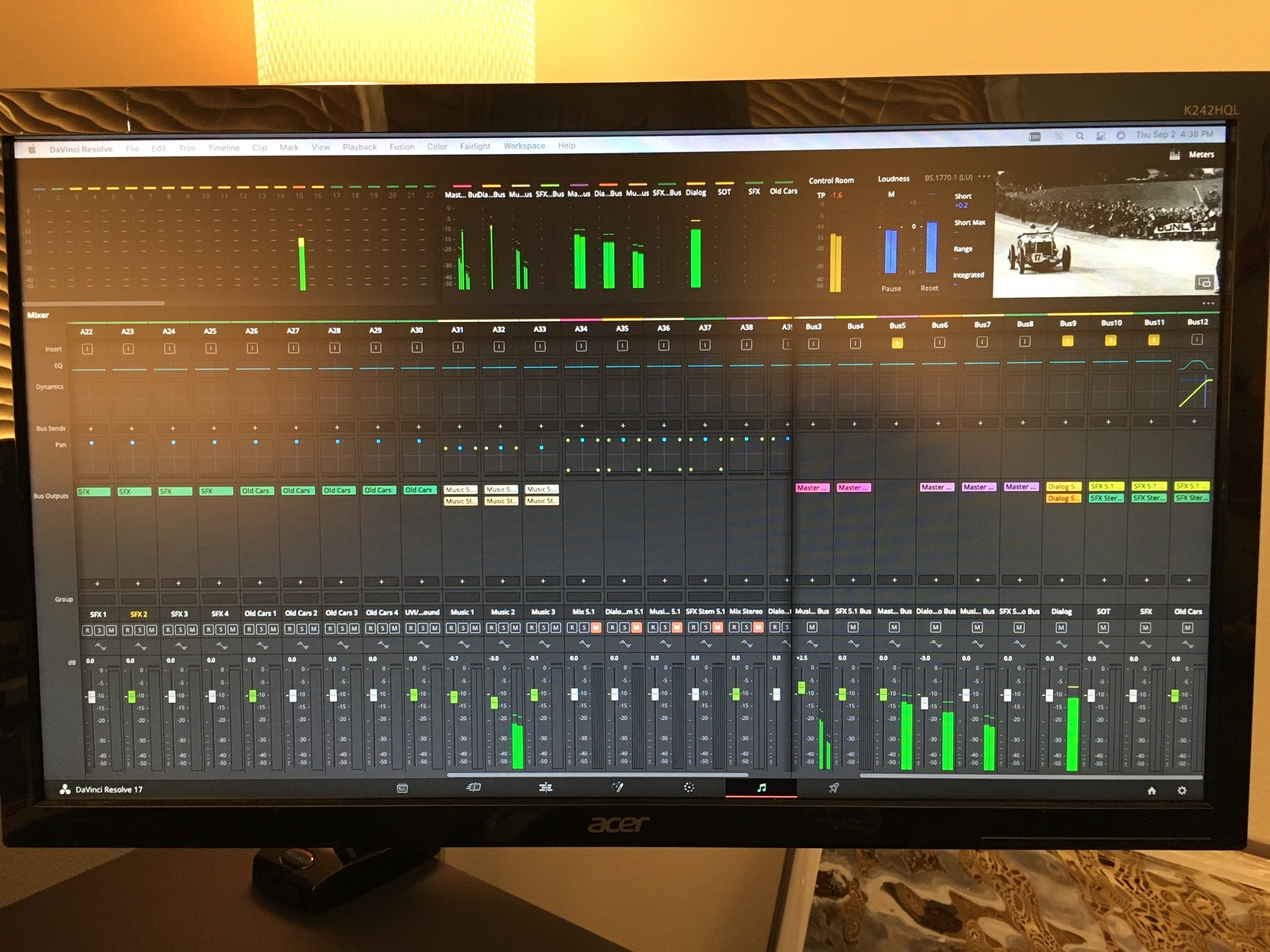