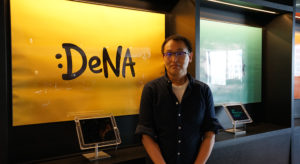 DeNA is a major venture company participating in various fields of business, including ecommerce, gaming, sports, automotive, heath care, education and artificial intelligence. It is also well known in Japan for acquiring a professional baseball team, the Yokohama DeNA BayStars.

The original SHOWROOM service was a live streaming platform started by DeNA in 2013 and it became one of the group companies. Unlike normal streaming platforms, there is a system in SHOWROOM where viewers can send in virtual items, called gifts, and the streaming musicians and artists get paid accordingly. In 2016, DeNA launched SHOWROOM VR and created a studio inside the company for VR streaming, allowing artists to create 180° 3D media.

Takeyuki Ogura said: “It was essential that the Blackmagic devices support the NVIDIA GPU Direct. Having looked for capture cards supporting it, I found DeckLink 4K Extreme 12G and other Blackmagic PCIe interfaces most suitable for our purpose. And I found it advantageous that DeckLink SDK is published on the web, and a sample program in the SDK that uses NVIDIA GPU was helpful too. Blackmagic cards have great compatibility with PCs, so they were easy to integrate into the system.”

“Viewers watch the streams wearing VR goggles and look at some part of the whole picture. It was necessary to stream in 4K and I chose Blackmagic capture cards because they all support 4K. If the resolution is high, viewers can feel as if they were in the same space as the idols and artists are in. We are expecting to apply this VR streaming technology in other fields, like travel, sports and education,” he concluded.