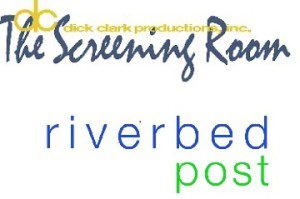 DCPSR and Riverbed Post actually started working together on an ad hoc basis last June, when Woods moved his equipment to DCPSR. Before the digital equipment was even in the DCPSR building, DCPSR manager, David Garonzik, had booked sessions for The Revenant and Point Break. Within 24 hours, visual effects (and editorial) screenings on The Revenant, Point Break, and later, The Huntsman Winter’s War, as well as post work for several independent features, were underway. That initial level of demand led them to expand the relationship. 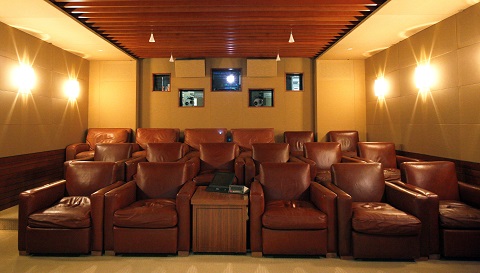 Woods notes that the co-location provides a unique solution for major studio productions and their filmmakers by allowing them to “stress test” complex visual effects sequences in numerous ways. The work is screened (most recently as DPX frames, though it can be virtually any format) with 2K (and now 4K) digital cinema quality aided by a colorist with deep VFX experience. This real-time, temporary digital intermediate work allows the filmmakers, including the VFX department, to optimize the final VFX imagery and saves time with the VFX vendors, and/or the final Digital Intermediate.

Clients seem to like the way the alliance works; especially the high degree of personalized service, devoid of corporate bureaucracy. Rich McBride, VFX Supervisor on The Revenant, said of the visual effects screenings through a full DI system,  “It was always a positive, productive, and professionally run experience. I also appreciated the relaxed atmosphere and comfort in the 2K reviews.”

“On Point Break, we used the dick clark productions Screening Room with Chris Woods on the Davinci there, and it was great. We got quality and precision for a fraction of what we might have spent elsewhere. It was also a short five minute walk from our cutting room so we even got some exercise.” add VFX Supervisor, John Nelson. 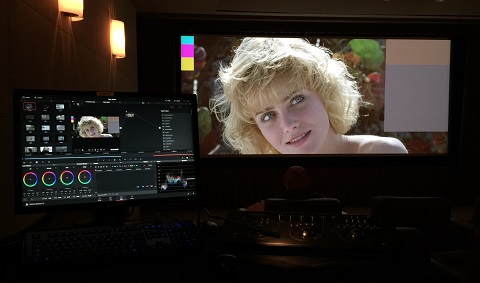 Garonzik explains, “The screening room at DCPSR offers privacy, security, easy parking, and lots of amenities. And the Lantana Center location in Santa Monica is within walking distance of EPS-Cineworks, Tribeca West, and other production and post-production offices. That all adds up to a lot of convenience.”

The two companies also offer a compelling choice for independent productions seeking comprehensive post-production services. “Filmmakers appreciate the high level of digital fluency that we offer here. Our shared overhead allows us to offer a high-level of services at rates even independent filmmakers can afford,” Woods says. “We offer an unbeatable combination of pricing and studio-quality post.”

“It’s a perfect marriage,” says DCPSR’s David Garonzik. “We have beautiful, first-rate screening facilities and a great location in Los Angeles’ Westside Media District. Riverbed’s Chris Woods is a very talented colorist and finishing artist with deep knowledge and experience in every aspect of digital post.” 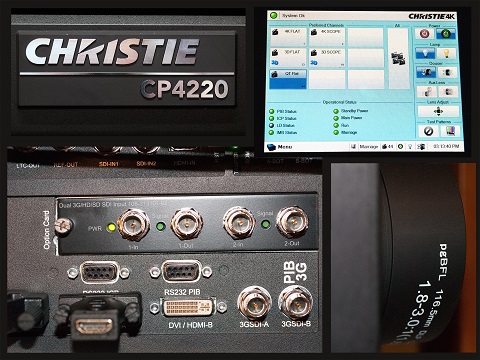 DCPSR is the screening room of choice for top filmmakers and film critics alike, featuring an intimate, DCI-compliant, acoustically designed theater with a floating floor and luxury seating. DCPSR installed a brand new Christie CP-4220 4K digital projector as well as a GDC 4K digital cinema server, and other 4K pipeline upgrades. It also features a 17’ X 8’ screen and 7.1 Dolby surround sound. Amenities include a lounge, meeting rooms, and food service. Garonzik has been managing the dick clark productions Screening Room since 2012.  Previously, he managed a screening facility for Miramax Films for 7 years.

Woods’ career as a colorist, visual effects supervisor and producer includes hundreds of feature film, commercials, and television projects. He began his career with the New York design and film production studio R/GA, where he set up one of the early CGI and other digital departments. Woods also spent two years at Walt Disney Animation on “The Dinosaur Project,” as Manager of Technology & VFX Supervisor. He has been a free-lance colorist, designer, finishing artist, and VFX supervisor ever since he got to LA. Throughout, he has remained on the leading edge of technology, from putting the first feature through the Kodak Cineon 35mm film scanner and film recorder, to creating the first digital film department featuring the Flame and Inferno systems. More recently, Woods led a project partnership with Sony and Paramount for the first public demonstration of the ACES workflow at his former company, CinemaPixel, on the Paramount lot during Cinegear 2010. 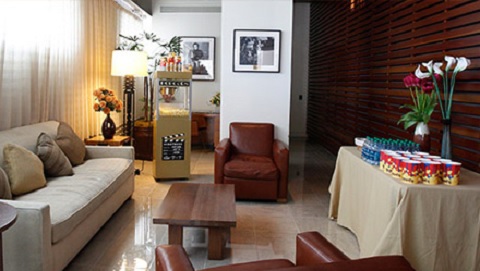 Known as West L.A.’s best-kept secret, the dick clark productions Screening Room is one of the most well-appointed, state-of-the-art screening rooms in Los Angeles. An intimate room, featuring luxurious seating as well as amenities such as lounges and meeting spaces, make this facility the perfect venue for press and junket screenings, private screenings, and special events.

Riverbed Post is a boutique company delivering the highest quality post-production services for feature film and television projects. Services include digital intermediates, final color correction, main and end title design and production, visual effects, mastering to all delivery formats, and full prep-through-post digital workflow services. The workflows are lean but deep, so filmmakers get the best look, on schedule and within budget.