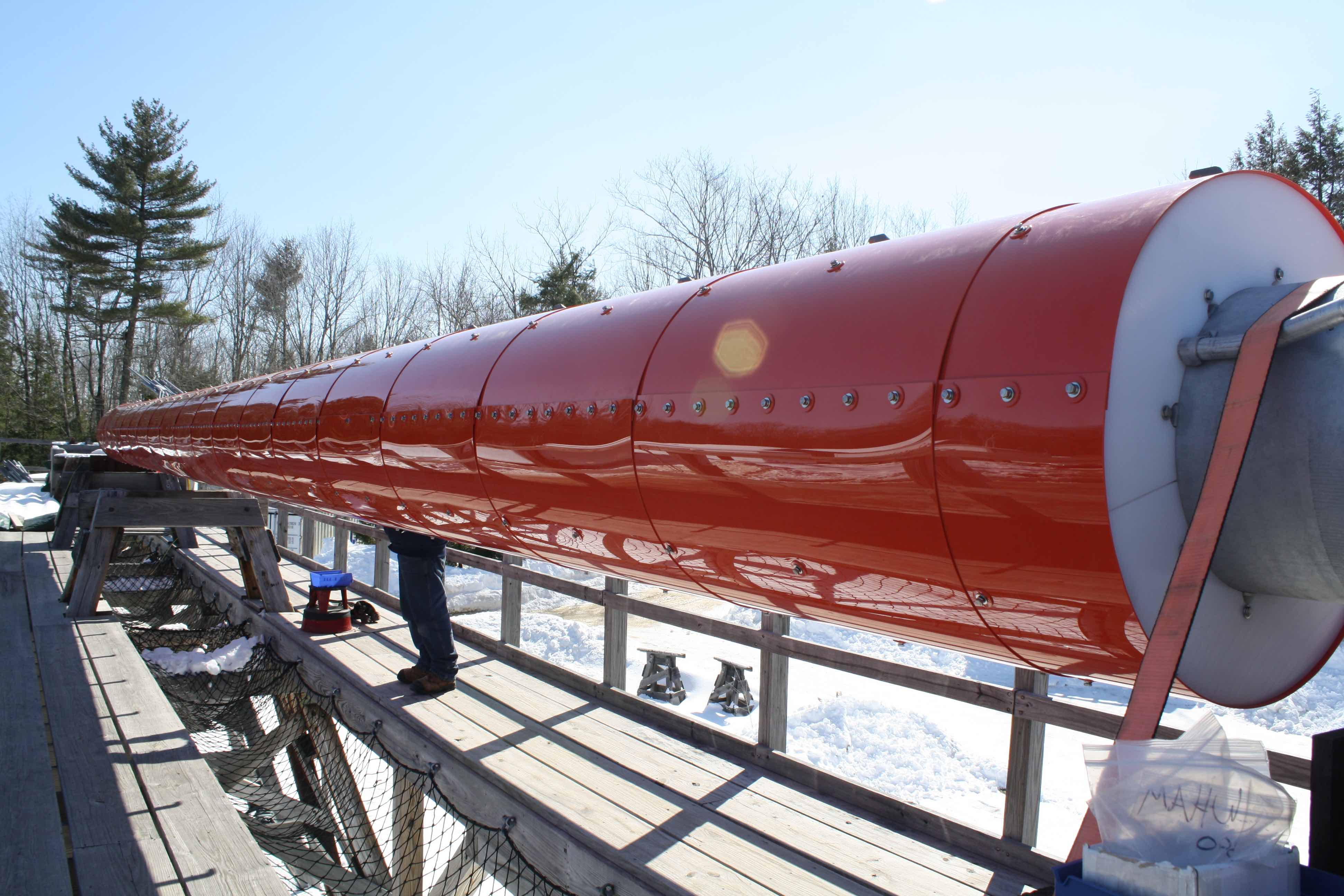 Dielectric THV Series directional pylon antennas have been customized to each station’s unique needs. The stacking of KGO’s antenna on top of KRON’s required a careful design process to factor in earthquake compliance and other critical, environmental considerations.

“This is one of our most complex repack antenna designs, in large part due to the strict earthquake code that applies to antennas installed in the San Francisco Bay Area,” said Keith Pelletier, vice president and general manager, Dielectric. “Our mechanical engineering team also ensured that KRON’s antenna could support the weight of KGO’s antenna. These design considerations called for a grade of steel that is much thicker and stronger than that which is customary for antenna construction. By design, the stack will be capable of handling the extra weight, and compliant with all earthquake restrictions.”

According to Pelletier, the final designs are currently being reviewed by a third-party structural engineering firm in San Francisco to ensure that they meet the earthquake code. The antenna array will then be constructed during the second quarter of 2019.

“Sutro Tower is scheduled for Phase 9, which means that the installation must be completed by May 2020,” said Pelletier. “We will be ready to ship in June of this year, and install the system by the end of 2019. This will ensure that the new stacked array is up and running before the strict repack deadline.”

The stacked antenna array will be affixed to one of the three “candelabra” arms extending from the top of 977-foottall Sutro Tower. In order to meet the earthquake code the stacked array is being reinforced with guy wires which are anchored at the top of the candelabra platforms.  Dielectric specializes in tower top and tower stacks but the guy wire requirement is unique to Sutro Tower.  The installation grows trickier given the densely-packed downtown residential neighborhood and busy streets surrounding the tower – a job that only a handful of specialized tall tower crews can accommodate.

Each station chose to customize top-mount (slotted coaxial) designs to avoid possible interference between the antennas and the tower that could affect radiated patterns and power levels. Pelletier notes that the design offers the industry’s lowest windload – yet another critical consideration for this project.

Dielectric will also supply its auxiliary antenna (TLSV series) antenna, as part of an effective strategy to ensure a clean repack process with no off-air time.

“Since KGO is already operating in the VHF band, we will install an auxiliary antenna lower down on the tower that allows them to operate on channel 7,” Pelletier said. “That frees up the tower top and allows us to install KRON and KGO new antennas on top of the tower and allows KGO to remain on the air. Once that’s completed, KGO can move to its permanent antenna on top and Sutro Tower will remain outfitted with an auxiliary VHF antenna.”

Pelletier adds that as many as 50 of the 900 TV stations that Dielectric is assisting with repack have selectedDielectric’s stacked antenna array designs, which he calls a “Dielectric-developed specialty.” Dielectric will demonstrate its range of VHF repack antennas, including the THV Series, at the forthcoming 2019 NAB Show from April 8-11 in the Las Vegas Convention Center. Dielectric exhibits at Booth C2213.

Based in Raymond, Maine, Dielectric LLC is a wholly owned subsidiary of Sinclair Broadcast Group. Dielectric is a leading provider of innovative broadcast products. Now celebrating its 76th year of operation, the company builds and delivers antennas and RF systems optimized for every TV and FM radio broadcast need since 1942. Dielectric is an innovative, customer-centric organization with a long history of engineering excellence in designing and manufacturing high-quality broadcast solutions. As a trust partner of broadcasters worldwide, Dielectric maintains its legacy of advanced, precision RF solutions while building in features that prepare broadcasters for the future. More information can be accessed at www.dielectric.com