RAYMOND, Maine, September 15, 2020 — Dielectric has launched a new engineering service that enables drone operators to fully and accurately characterize Antenna azimuth and elevation performance without special waivers from the FAA. The service has been successfully beta-tested and is now “in production” at several broadcast tower sites. 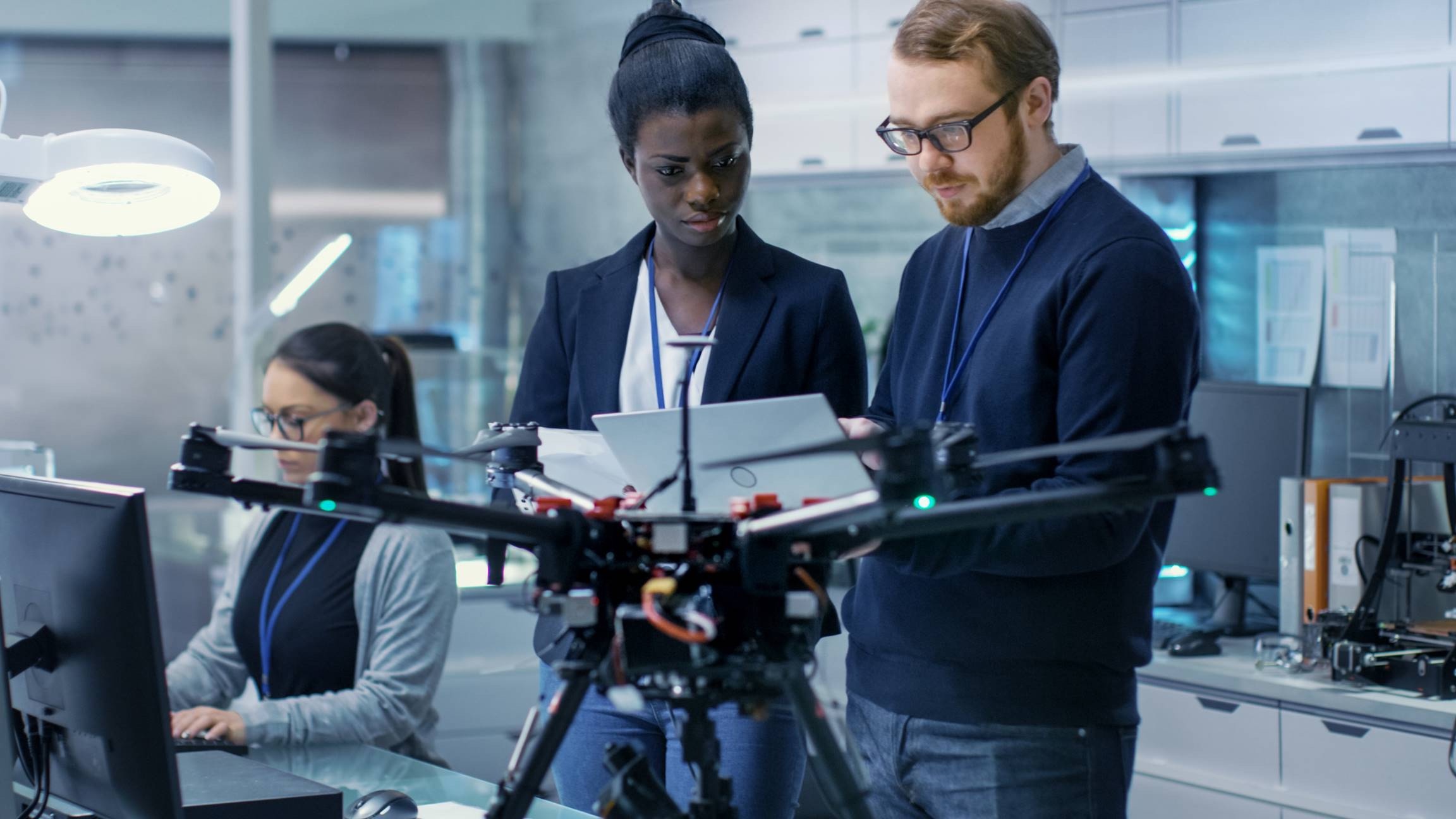 The new service is a response to a common dilemma facing drone operators:  To fully characterize an antenna’s elevation pattern, the drone flight must be performed in the elevation far-field, approximately several thousand feet from the antenna. Applications for FAA waivers have been stalled for more than 18 months in some cases, preventing the drone operator from completing measurements verifying antenna performance.

The less-attractive alternatives for broadcasters include close-in flights, which are accurate for azimuth only; or the less accurate and time-intensive ground-based techniques. Since the field measurements are reimbursable for “repacked” broadcasters in the USA, the delay in obtaining an FAA waiver can result not only in a repack project dragging on much longer than necessary, but also in the delayed identification of installation problems.

Dielectric engineers recognized that a new approach was needed. Realizing that no special waivers were required from the FAA for drone flights within the tower structure shield, Dielectric devised a method to confirm the antenna’s far-fieldelevation pattern, in addition to the azimuth pattern, from data gathered within that shield. This technique has an added advantage since far-field measurements are subject to signal reflections, multipath and interference, as are the more complicated ground-vehicle measurements.

“FAA rules place several restrictions on flying drones for commercial use. There is a 400-feet altitude restriction on commercial drone flights, unless the operator can fly the drone within a 400-foot radius around a structure, and does not fly higher than 400 feet above the top of that structure,” said John Schadler, Vice President of Engineering, Dielectric. “Unfortunately, waivers for these rules take many months to process, and may never be granted due to other restrictions. Ourtechnique solves the problem of getting a waiver beyond the FAA shield. That means no need to create flight plans and safety simulations, among other requirements that lengthen the approval process.”

Prior to a drone pilot taking flight, Dielectric engineers construct a full virtual model of the entire antenna, including tower support structure, based on final antenna and tower drawings. Using the company’s sophisticated high-frequency modeling software with the virtual model produces a detailed prediction of azimuth and elevation data at a given distance from the tower – at or within the 400-foot FAA limit. That allows a comparison of the virtual model with the actual near-fieldmeasurement, which is, in fact, an unfocused representation of what the radiation characteristics look like in the far-field.

The drone pilot then collects the data and returns it to Dielectric, where engineers export and plot the data over the virtual model. Once compared and confirmed, a report is provided to the end customer, which is typically a TV station engineer or a consultant representing the broadcaster.

“The ability to compare near-field measurements with the virtual antenna model confirms that measurements in the far field would return the same data but, just to be sure, we carried out far-field drone measurements as well. The results matched,” said Nicole Starrett, Electrical Engineer, Dielectric. “The added benefit is that the antenna characteristics can be quickly transformed to any distance, near or far, for comparison. ”

Starrett adds that Dielectric has the ability to model any antenna for which they have detailed drawings and data, which means the service will most likely be restricted to Dielectric antennas. “Dielectric had more than 80 percent of the repack business in the USA over the past three years,” said Schadler. “That takes our total number of repack antennas shipped to 948, so we expect to be quite busy supporting this new service.”

Starrett will present Near Field Drone Measurements of Broadcast Antennas at 10:45am on Thursday, October 15 at the Wisconsin Broadcasters Fall virtual event, as well as virtually at the Radio Club of America Technical Symposium on Friday November 20th.

Based in Raymond, Maine, Dielectric LLC is a wholly owned subsidiary of Sinclair Broadcast Group. Dielectric is a leading provider of innovative broadcast products. Now celebrating its 78th year of operation, the company builds and delivers antennas and RF systems optimized for every TV and FM radio broadcast need since 1942. Dielectric is an innovative, customer-centric organization with a long history of engineering excellence in designing and manufacturing high-quality broadcast solutions. As a trust partner of broadcasters worldwide, Dielectric maintains its legacy of advanced, precision RF solutions while building in features that prepare broadcasters for the future. More information can be accessed at www.dielectric.com