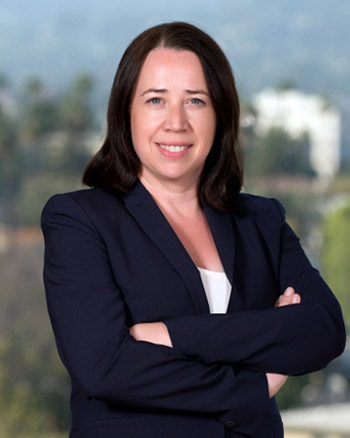 For the first time, DAS is co-located with AMIA’s Annual Conference, creating a comprehensive, cross-discipline look at media preservation. Since 2007, DAS has been a unique forum for a broad range of experts from content creators, technologists, storage specialists, systems designers, and archivists who tackle similar asset management challenges. DAS Portland is one of the most comprehensive and varied outings for the event.
“The challenge of managing the lifecycle of digital assets has grown exponentially across an array of professional disciplines,” says Tom Regal. “Sharing insights drawn from varied fields where effective methods for handling content are being developed brings the DAS community invaluable lessons to be learned.”
The lineup for DAS Portland includes:
* In July 2014, the Academy of Motion Picture Arts and Sciences (AMPAS) began a project designed to move system management for the vast holdings of its collecting divisions– the Film Archive, Margaret Herrick Library and future Museum-under a single platform. Encompassing collections management, digital asset management and digital preservation, the project is now entering the second year of its 3-5 year phased implementation. This presentation will discuss the functional requirements, technical infrastructure, approach to data governance, and organizational change management that has occurred during the first phase of implementation.
Speakers: Bev Kite, CIO, AMPAS; Karen Barcellona, Associate Director of Digital Management Services, AMPAS
* FamilySearch is the world’s largest genealogical organization, managing billions of records and images and a constantly growing asset base. This keynote will delve into the company’s camera-based acquisition program, as well as the management of a brand whose database grows exponentially on a daily basis.
Speaker: Wayne J. Metcalfe, Director of Records Access and Services Division, FamilySearch International
* The GAme MEtadata and CItation Project (GAMECIP) is a multi-year, Institute of Museum and Library Services (IMLS)-funded joint initiative between the University of California-Santa Cruz (UCSC) Library, UCSC Computer Science, and Stanford University Library to improve library and institutional practice for computer games. Current progress on projects in process will be discussed in depth, in addition to an overview of current issues in the appraisal, discovery and storage of digital computer games and their development assets in archives and libraries.
Speaker: Eric Kaltman, PhD Candidate at UCSC Expressive Intelligence Studio
* The Stephen M. Cabrinety Collection in the History of Microcomputing (ca. 1975-1995) is one of the largest archival collections of historical microcomputing software anywhere in the world, containing 15,000-plus titles in formats including computer cassettes, video game cartridges, floppy disks (3.5 inch, 5.25 inch, and 8 inch), CD-ROMs, and DVD-ROMs. In a cross-country effort, the Stanford University Libraries (SUL) and National Institute of Standards and Technology (NIST) are collaborating to fully migrate software from original media in the Collection into the Stanford Digital Repository for long-term preservation. This effort involves creating high-resolution photographic scans of the physical materials (boxes on all six sides, software media, and manuals), as well as forensic disk images (bit-by-bit copies of the media) and checksums.
Speaker: Charlotte C. Thai, Cabrinety Project Archivist at Stanford University, and former Digital Asset Specialist at Blizzard Entertainment and Executive Editor of Tips & Tricks Magazine
* The International Association of the Chiefs of Police (IACP) is the organization that serves as the professional voice of law enforcement. As over 18,000 agencies deal with the onslaught of technology and the massive volume of digital evidence from dashcams to lapel cameras, the IACP helps police departments around the world manage the explosion of changes from advancing technology and public outcry for transparency. This keynote will explore the processes being developed to manage digital and physical evidence in today’s landscape.
Speaker: David Roberts, Senior Program Manager, Technology Center, at the IACP
In addition to these speakers, AMIA previously announced that Erik Weaver and John Downey will keynote DAS sessions on the future of digital media, storage, and the cloud. Weaver is a recognized expert on the intersection of the cloud with media and entertainment, and runs “Project Cloud” for The School of Cinematic Arts’ Entertainment Technology Center (ETC) at the University of Southern California (USC). The project unites senior leaders from the six major studios in developing next generation cloud standards, supporting Hollywood organizations and major cloud vendors, and producing proof of concepts. Downey is founder and CEO of NextGen Storage, a company dedicated to accelerating the breadth and market adoption of next-generation, cloud-integrated storage technologies and services. Downey delivers thought leadership around data storage and data management technologies and their intersection with cloud computing.
For a complete DAS schedule, visit www.digitalassetsymposium.com/, and for information on the AMIA Annual Conference, go to www.amiaconference.net/.
Ignite Strategic Communications
Latest posts by Ignite Strategic Communications (see all)