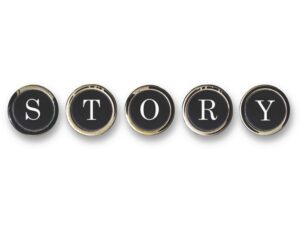 CHICAGO— A clandestine meeting between a pair of shady characters under a dank freeway overpass leads to an unexpectedly hilarious result in a new spot for Gumout directed by Kevin Smith of STORY.

Conceived by Cramer-Krasselt (C-K), the clever ad is set up to look like a scene from a gritty TV crime drama as a craggy-faced older man hops into a younger man’s car and hands him a plain brown bag. “Do you think it will help?” the young guy asks. Offering terse assurance, the older guy extracts a bottle of Gumout from the bag and explains how it can enhance the performance of his car. “You know this is available over-the-counter, kid,” he says. “We don’t have to keep meeting like this.”

Drawing out every ounce of noire tension, Smith directed the spot with deadpan restraint. “We stuck completely within the well-established conventions of a crime drama,” he explains. “Our big push was not to do anything funny.”

Smith chose a grimy Chicago neighborhood for the location and benefitted by shooting on a gloomy, overcast day. He added to the suspenseful atmosphere by giving the imagery a cold, blue hue. He notes that the story was originally written to have the encounter occur outside the car. “Moving it inside created a womb of space,” he says. “There’s sound outside the car, but inside, it’s quiet.”

The key element, Smith adds, was finding the right actor to play the tough older man. “We wanted someone like Mike from Breaking Bad,” he explains. “The obvious choice would have been to use someone who is physically threatening, but we went in a more psychological direction. Our actor is emotionally intimidating.”

Smith credits Cramer-Krasselt’s creative team for a novel concept. “It’s rare to find something that is so well conceived and has this kind of depth,” he says. “That made it a great project for me, the cast and the crew. We had a lot of fun.”