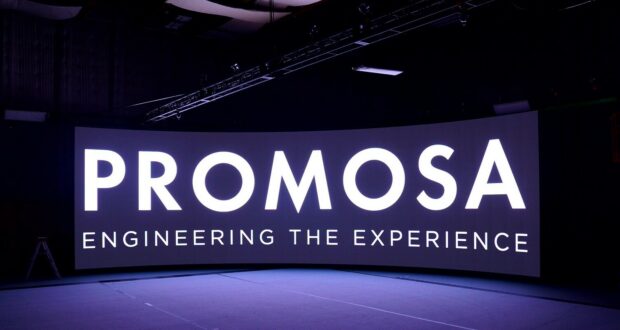 With offices across Western Canada and in Washington state, Promosa is a world-class, full-service production management company specialising in large-format LED video screens – the largest inventory in Western Canada and the Pacific Northwest. They have been used in countless productions, including TV series “DC Legends of Tomorrow,” “A Million Little Things,” “The Twilight Zone” and the upcoming Disney+ series “Turner & Hooch.” In partnership with Animatrik Film Design their Vancouver headquarters features the largest independent motion capture sound stage in North America and the first disguise-supported xR stage in Canada.

“At Promosa, we strive to be more than just a production company – we are a company that seeks new ways to be better every day,” says CEO, Baxter Wilson.  “We continue to invest in the latest hardware, software and systems that provide clients with access to world-class innovative solutions.  xR and the partnership with disguise was the piece we were missing.”

With that in mind, Promosa found disguise to be “the only reliable end-to-end virtual production solution on the market that can complement our expertise with film/TV and live events.  Introducing disguise to our workflow has brought everything together, and with the xR pipeline the possibilities are endless.”

According to Baxter, “in the next few years, xR will become the backbone of our operations allowing us to servicemultiple studios in various regions throughout North America.  Integrated xR environments will likely become an integral part of  most events and productions in the Promosa portfolio.”

Promosa just took delivery of its vx4 and rx servers and expects to invite industry professionals to its virtual studio soon to showcase live, interactive examples of the system’s production capabilities.

For film and TV clients, Baxter expects xR to transform basic PMP LED screen usage into full xR film production, including virtual sets and flexible environments.  This transformation will allow content creators to get products to market significantly faster and reduce the complexity of many on-location shoots and physical set builds.

xR will also allow existing live event clients to take projects to the next level by consolidating all visual effects into one platform and significantly improving pre-production capabilities, according to Baxter. “We anticipate new clients with complex media environment needs will also utilise our new xR technology” from disguise.

The disguise partner network consists of over 200 partners specialising in the disguise workflow and hardware, enabling end-customers to source the best equipment as well as technical and creative talent to help bring live and virtual experiences to life.

“We’re incredibly excited to be building our xR and Virtual Production stage footprint in yet another power location for film and TV production,” says disguise Chief Commercial Officer, Tom Rockhill. “Our partnership with Promosa will introduce disguise xR and virtual production to a thriving industry and we can’t wait to see the amazing projects that will come out of it!”

Book a demo with disguise here.

disguise xR has already powered immersive real-time productions for music artists such as Katy Perry and Billie Eilish, enterprise businesses like SAP and Lenovo, educational institutions like the University of Michigan, broadcast TV shows like MTV Video Music Awards and America’s Got Talent, commercial brands like Nike and Under Armour and many other virtual experiences in more than 30 countries.