disguise collaborates with Epic Games to launch Unreal Engine 4.27 with no configuration required 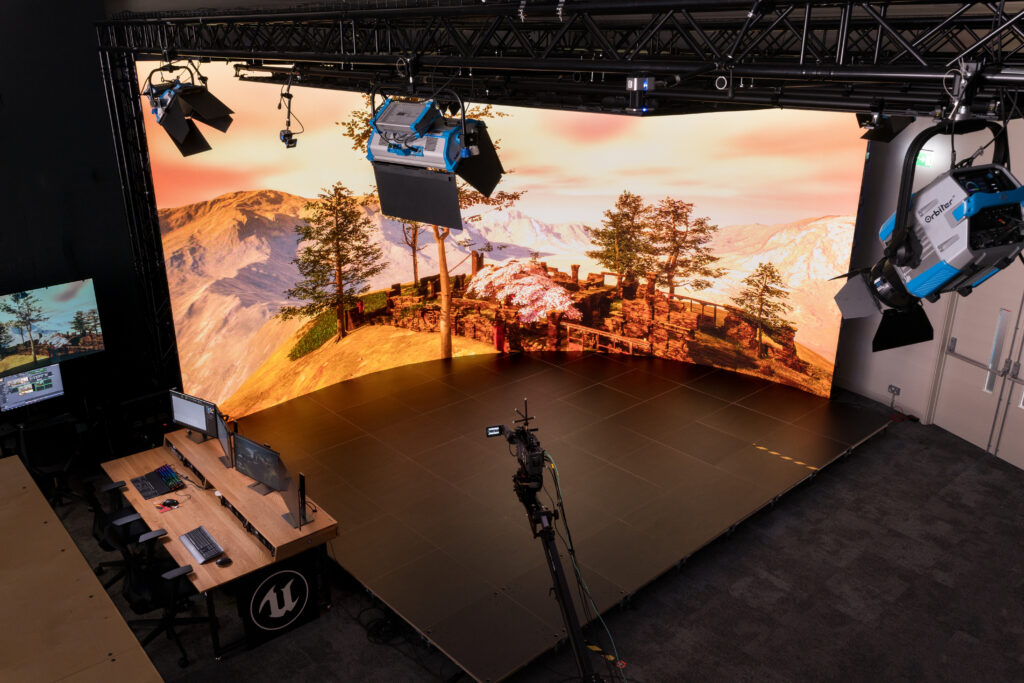 Epic Games has been working closely with disguise to democratise the delivery of 3D graphics across all types of industries including virtual production, broadcast, corporate events and beyond since awarding them an Epic MegaGrant last year. Where Unreal Engine continues to push the boundaries in photorealistic 3D graphics, disguise offers a seamless way to deliver this real-time generated content into LED volumes, projection setups and any sort of physical display configuration – at any scale.

Epic Game’s latest release, 4.27, is geared towards empowering the virtual production industry to easily create pixel-perfect graphics with cinematic quality. Highlights include major updates to its in-camera visual effects toolset for virtual production, adding support for more features such as Multi-User Editing, offering a redesigned user experience, and an extensible core architecture. Live Link Vcam, a new iOS app, enables users to drive a Cine Camera in-engine using an iPad. There are improvements for producing correct motion blur in travelling shots, accounting for the physical camera with a moving background. Other enhancements include GPU Lightmass for significantly faster light baking,

disguise’s r19 software will have its system already set up to accommodate all 4.27 configuration requirements. disguise operators who currently run RenderStream can skip the setup, download their updated RenderStream plugin and get straight to work on creating and delivering real-time, photorealistic content.

“Unreal Engine, much like disguise, is leading the way for real-time graphics in virtual production, film, broadcast and many other industries. We wanted to make it easy for our customers to take advantage of the many cutting-edge features that 4.27 has to offer as soon as possible with minimal setup requirements. With the setup out of the way, our users can focus more on telling their best stories, knowing that they can rely on a consistent, repeatable and scalable workflow to make it happen” says disguise Technical Solutions Director Peter Kirkup.

4.27 is just one of numerous examples of the two companies working closely together. Recently, disguise was also selected to support the installation and implementation of its state-of-the-art hardware in the virtual production stage in Epic Games’ London Innovation Lab.

The lab has been equipped with one disguise vx 2 server for real-time content scaling, three disguise rx II render nodes for high-speed graphics processing as well as a preconfigured network switch – disguise fabric – connecting the rx and vx servers at the high bandwidth for minimal latency. It was one of the first stages to receive disguise’s rx II machines, which launched to market in June 2021.

“Unreal Engine 4.27 equips storytellers with more creative control than ever before, and the fully integrated and complementary disguise solution is ready to help filmmakers take their productions to the next level, from our own London Innovation Lab to other stages all over the world,” said Marc Petit, VP and General Manager, Unreal Engine, Epic Games.

Access disguise’s RenderStream plugin to get 4.27 up and running immediately.

Enter our competition to be in with the chance of winning $500 in Epic Games Marketplace credits and a disguise and Unreal Engine swag bundle.