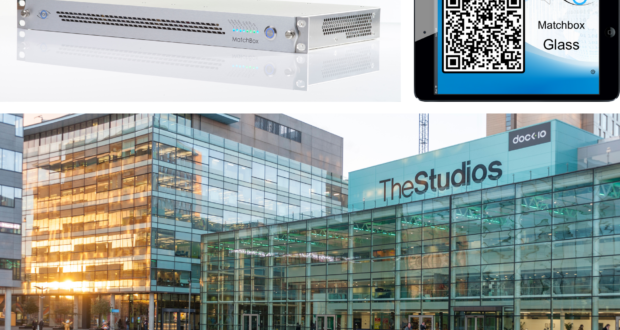 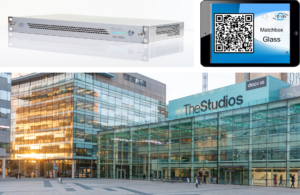 Hitomi Broadcast, manufacturer of MatchBox, the industry’s premier audio video alignment toolbox, has announced that Dock10, the largest studio complex in the UK, has invested in the Hitomi MatchBox system to help the Virtual Studios crew align their audio and video outputs efficiently and deliver high-quality programs without complex line-ups.

Dock10 has recently added extensive virtual production capabilities to its Salford centre. To ensure perfect synchronisation between audio and video circuits subject to different amounts of processing, Dock10 has now turned to the lip sync experts Hitomi and invested in the Hitomi MatchBox Generator, Analyser and licences to use the Glass iPhone app.

Virtual production is rapidly gaining ground and fits into many of Dock10’s key areas, like sports, magazine programmes and children’s television. For this reason, Dock10 has installed virtual production capabilities in every one of its studios. The challenge is that marrying live and computer-generated images generally results in a delay of a few frames, putting the audio ahead of the video. Sound leading the picture is particularly disturbing for audiences as it cannot occur in “real life”.

The Hitomi MatchBox system is a toolkit designed to streamline live broadcast synchronisation. MatchBox Generator creates a unique signal, including video and up to 16 audio channels. The complementary MatchBox Analyser compares the video and audio and determines precisely the delays in each path. For quick, on set tests, MatchBox Glass uses the ubiquitous iPhone or iPad to generate the test signal, with the phone simply held in front of the camera to be tested.

“We looked at MatchBox at IBC, then we borrowed the kit from our friends at Timeline Television so we could give it a full workout,” said Michael Lodmore, Duty Technology Manager, Dock10. “Compensating for video delays through the various processing engines can be time-consuming and not very satisfactory. We found MatchBox did just what we needed, saving our crews a lot of time to get the audio and video outputs in sync. Not only does it measure by how much it is wrong, it also gives us reassurance when right.

“The future of studio production is going to rely increasingly on virtual reality,” Lodmore added. “It allows us to create bigger, brighter environments through virtual set extensions. Producers love it because they can create looks which make their programmes stand out from the crowd and enhance the format. MatchBox means we can get on with delivering that quality without waiting for complex line-ups.”

Russell Johnson, director of Hitomi Broadcast, added “It is not an either/or situation – you do not make a choice between a completely virtual set or a completely physical set. In a typical production, some sets – and some cameras – will not have synchronised graphics, some will. Producers and directors will be making decisions on how the output of each camera will be processed as it happens, so the ability to pull back lip sync as you need it is a huge benefit. To be able to simply hold an iPhone or iPad running the MatchBox Glass app in front of a camera for synchronisation is a huge time-saver.”