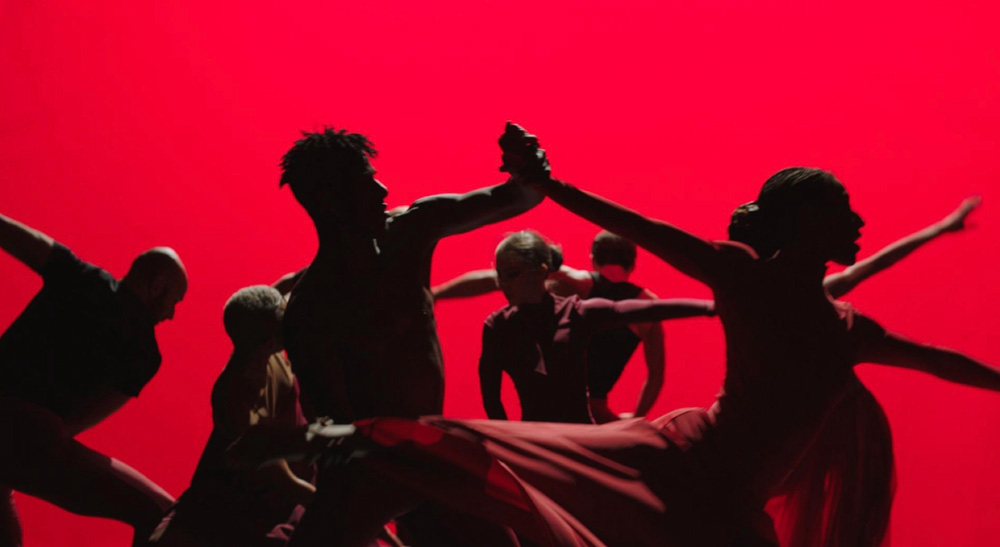 With a background in television and feature film, including “The Secret Life of Walter Mitty,” “Bridget Jones’ Diary” and “The Piano,” for which he was nominated for an Academy Award for Best Cinematography, Dryburgh was tasked with delivering a highly stylized piece.

Shown as part of a remote live streamed launch, the film featured dancers against a vibrant red background. The dance symbolized the journey of Australian vine cuttings transported and planted in California, joining the two hemispheres and the blending of the wines to create the California Collection.

“There was a very specific design to the film,” explained Dryburgh. “It was a striking dance piece that incorporated a strong red, the Penfolds color. Some shots included the dancers silhouetted against the red background, and it was important that the camera be able to deal with such saturated images, which it did.”

According to Dryburgh, working with an intense, highly saturated red can be challenging for digital photography. “We shot a highly saturated, high contrast red background, and the URSA Mini Pro 12K delivered it flawlessly,” he said.

The camera’s Blackmagic Generation 5 Color Science’s film curve makes full use of the color data from the camera’s sensor. This delivers even better color response for better rendering of highly saturated colors in high contrast scenes.

As Director Eva Midgley noted, “Penfolds is a luxury brand, so we needed a higher level look and also wanted its signature red color to be featured throughout. We really embraced it by using a bright red background with red lighting on it, and all the dancers’ dresses were red. The URSA Mini Pro 12K read the color beautifully, producing a rich look, and there was lots of definition in the footage. It ended up looking gorgeous rather than branded.”

“I was very inspired by the 177 year history of the winery and the patience it took to graft Australian vine cuttings that would eventually make their way to California. The growing of roots and the wines merging with each other became the inspiration for everything we did,” Midgley added. “The two hemispheres were united through the language of dance. The URSA Mini Pro 12K’s high frame rates let us capture the fast turns and high jumps at 120 fps.”

In post production, Colorist Kevin Ratigan relied on DaVinci Resolve Studio and a DaVinci Resolve Micro Panel to grade the film. Since the film was shot in Blackmagic RAW, Ratigan was able to have deeper control of color during post, relying on the Generation 5 Color Science to make full use of the massive amount of color data from the camera’s sensor.

“DaVinci Resolve Studio was a huge help for the grade, which had a quick turnaround,” said Ratigan. “The goal was to highlight the dancers, keeping skin tones natural while taking advantage of the deep, intense red and warm color palette.”

Ratigan was also tasked with bringing the red values closer to the Penfolds branding colors. “Using the various curves after an initial balance and look setting, I was able to shift the red hues to be deeper and more cohesive between shots, while keeping the Penfolds brand in mind. The Hue Vs Hue, Hue Vs Lum and Hue Vs Sat curves were integral for the subtle corrections needed to make everything flow together,” he continued.

“I was excited to use the URSA Mini Pro 12K on this project. Not only do I love the straightforward, easy to use and easily accessible menus and UI, but I knew we were going to push the edges of imaging,” concluded Dryburgh. “I’ve tested the camera in a variety of scenarios, but I hadn’t really seen what it could do in extreme situations, and it did the job beautifully.”