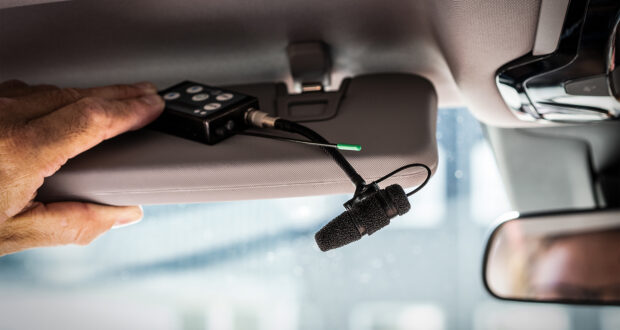 “We spoke with professional sound engineers to find out what they needed in their toolboxes and designed the 4097 CORE Micro Shotgun as a plant mic solution to complement their other equipment,” says René Mørch, product manager, DPA Microphones. “Ideal for miking in small spaces, the 4097 CORE Micro Shotgun has a small footprint and clear audio pickup. The sonic qualities of the 4097 CORE Micro Shotgun are particularly beneficial for placing mics in inconspicuous locations as it enables location sound experts to capture sound from anywhere on set. Used in combination with our boom mics and lavaliers, the 4097 Micro Shotgun becomes the final piece of a complete microphone package to meet the needs of any TV or film production. Since the 4097 has the same sonic characteristics as all DPA mics, it is now easy to capture reliable, high-quality audio that doesn’t need dubbing or hours of mixing and post-production work.”

With a DPA mic toolkit, audio professionals are guaranteed a consistent sound from all mics, meaning post-production can easily swap between the signals from each mic without compensating for different sonic characteristics. The 4097 CORE Micro Shotgun was built to withstand harsh conditions, such as water, wind, dust, heat and cold, among other familiar filming challenges.

Configured with both a MicroDot connector and an adapter for wired or wireless applications, the 4097 CORE Micro Shotgun is a truly flexible solution. A swivel mechanism at the end of the gooseneck allows sound experts to find the ideal mic pick-up angle. Used wirelessly with a transmitter, the mic can be hidden virtually anywhere within a production scene. These features are especially important for mounting in tight filming locations, like a car, and ensures mixers can capture pristine audio from as close to the source as possible, without the mic being visible to audiences. For example, with the 4097 Micro Shotgun, a sound engineer can clip the mic transmitter to a sun visor and point the microphone toward the actors.

“A good plant mic, that is easy to set up, is very useful to have,” says Film Sound Engineer Allan Holmberg, who played a significant role in advising on the development of the 4097 CORE Micro Shotgun. “I often have to move the mics quickly from one scene to another, so being able to mount them and move them quickly is vital to the job I do.”

Like all DPA solutions, the supercardioid 4097 CORE Micro Shotgun offers a highly-directional pickup pattern as well as low self-noise, with DPA’s famous flat off-axis frequency response. With speech intelligibility at the top of DPA’s development requirements, the 4097 CORE Micro Shotgun features 16 mV sensitivity and is capable of handling high SPLs. As a result, it is an easy to use microphone solution when space is an issue, but sound quality is critical.

With integrated ‘CORE by DPA’ amplifier technology, the microphone has low distortion and a wide dynamic range. As with all ‘CORE by DPA’ microphones, the 4097 CORE Micro Shotgun is IP58 certified for protection against water and dust. This durability is achieved through a water-repellant nano-coating of the cover and housing, hermetic sealing of the sensitive amplifier at the core of the mic and dual gold plating of the diaphragm.