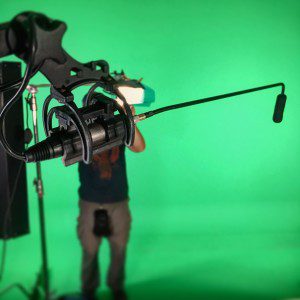 Hosted by Glaser, Not Safe with Nikki Glaser will combine chats with comedians, pre-taped vignettes and social experiments. The series, set to debut in February, promised to explore the state of dating and relationships in today’s society. The show is scheduled to air right after Tosh.O, which is a staple at the network. 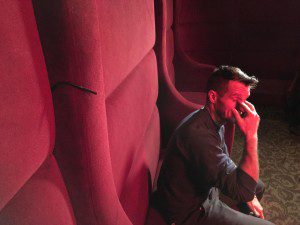 McCoy used d:screet™ 4098 mics to capture audio for all of the show’s field shoots at various locations off the stage. “DPA put the mic capsule in an interference tube, so you have this amazing little supercardioid shotgun in the gooseneck,” says McCoy. “The d:screet™ 4098 really does a phenomenal job at aiming and rejecting exces
s audio that you don’t want to have, maintained in a really nice linear frequency response in front.” 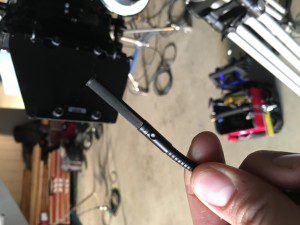 As a result of the microphone’s excellent performance, McCoy was able to plant the d:screet™ 4098 in all types of sordid and seedy environments where the show shoots, including gentlemen’s club and taxis; he also placed them near hidden cameras in houses, hiding the mics under televisions and between cushions.

“The d:screet™ 4098 does a really nice job of pulling away the background noise and focusing on the voice,” says McCoy. “It is voiced for voice, if you will. The way the diaphragm is tuned and the way the mic works is excellent. I don’t have to run hours and hours of wired mics, I can just swap the d:screet™ 4098 onto my Wisycom transmitters, gain up a little bit, depending on how far it is from the person, and I am good to go. It is really a sure way to get the best kind of hidden camera audio that I have been able to get to date, especially when I have minimal time setting up the space. In the past I’ve used some large diaphragm condensers, some small diaphragm condensers and boundary mics, and they all have their drawbacks. When I put this little mini shotgun onto a Wisycom pack, I can put it anywhere and am confident that I’m getting phenomenal sound. It has been a really nice tool in the wheel house of audio acquisition on the fly.”

In addition to his d:screet™ 4098’s mic, McCoy also uses d:screet™ 4061 Miniature Omnidirectional Microphones on the show. “Nikki is always miked with a d:screet™ 4061 and the Wisycom pack,” says McCoy. “I’ll bring another four or six, depending on how many actors are miked at one time. The great thing about having the d:screet™ 4098s is that I can just quickly pop off a d:screet™ 4061 and throw on the d:screet™ 4098 in the same Micro-Dot apparatus. It does practically what my DPA d:dicate™ 4017 shotgun will do, but it is a tenth of the size. It is one of my favorites and I have been using it a lot. I think every one of the mixers in the business should have a few of them in their kit. It is an invaluable tool that I have yet to find its match. In addition, I am using Wisycom and Sound Devices on this project. I really don’t leave home without that trio. That is my trifecta of power.”