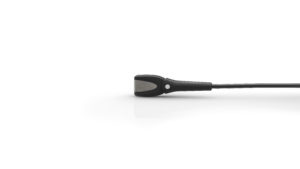 Speeding cars, motorbike chases, skydives and jumps out of helicopters are all in a day’s work for Ethan Hunt, the main character played by Tom Cruise in the hugely popular Mission: Impossible films. Recording the sound for them, however, is the job of Oscar and BAFTA Award-winning Production Sound Mixer Chris Munro who recently completed Mission: Impossible – Fallout his second MI film and the sixth in the series.

DPA microphones played a key part in the success of the film’s audio as the company’s d:screet 4060 Slim Lavalier and d:screet 4061 Miniature Omnidirectional Microphones were used to record dialogue and sound effects on set in London and at various locations around the world.

“I have been using DPA mics for some years and for most situations they are my preferred lavalier or body-worn microphone,” Chris Munro explains. “For Fallout (or Mi:6 as we call it) the d:screet 4060 Slim Lavaliers were necessary because the film was shot in multiple formats including 35mm film, Digital and Imax. One of the effects of digital 4K and 8K resolution is absolute clarity and focus, even in low-light conditions. This presents a much greater challenge for hiding microphones so the smaller they are the better chance we have of getting them in a good position.”

Munro mainly used the d:screet 4060 Slim Lavaliers for dialogue and switched to d:screet 4061s when he needed to hide a small microphone in a vehicle. These microphones were used during the film’s Paris car and motorbike chase scenes, for example, where their ability to withstand high sound pressure levels was invaluable.

Putting a radio microphone – even one as small as a d:screet Lavalier – on an actor is always an intrusion and, says Munro, requires a degree of diplomacy.

“There are certain etiquettes that all professional sound mixers adhere to, which include putting the transmitters “to sleep” when they are not being used and ensuring privacy for actors,” he explains. “Once the actors are confident that you are adopting the recognised etiquette they are usually happy to wear them. I always try to explain that placement is important and that ultimately the more trouble I take with getting that right, the better they will sound to the audience. That said, I ensure that this happens before we start the scene or when we have a new costume, rather than when they are in character and concentrating on their performance.”

Munro adds that some actors are just not comfortable wearing a microphone but are generally happy to have one hidden in their costumes.

“One of my assistants is usually responsible for fitting mics on actors and they all have their own little tricks,” he says. “On Mi:6 this job was done by Lloyd Dudley. Tom Cruise is very aware of where the mic will sound best and will usually have an idea of where to place it. With any lavalier microphone, fitting them is vitally important because if they are not fitted on the actor skilfully they will never sound great or even be useable. This task has been greatly helped recently with the introduction of URSA straps which make mics easier to fit and less susceptible to clothing noise.”

On Mi:6, Munro also used DPA’s D5100 Surround Microphone, a relative newcomer to his microphone arsenal. “I first used it on Wonder Woman to capture 5.1 ambience,” he says. “By using it with a Zoom F8, I get a very compact and convenient package that allows me to constantly record ambience in 5.1 surround. On Mi:6 I mounted the D5100 inside cars and inside helicopters. Its practical shape and small footprint meant I could mount it on the inside roof of a helicopter where it looked like part of the helicopter and not a microphone, even if a camera caught a glimpse of it.”

The evolution of new technology has expanded the role of the Production Sound Mixer and led to some interesting experimentation to achieve the best sound. Mi:6 is a good example of this, with Munro designing the communications system that allowed Tom Cruise to fly a helicopter without a visible headset or microphone.

“I adapted bone conduction technology that was designed for military use and interfaced with the helicopter avionics,” he explains. “I used the same technology to record Tom Cruise during the HALO (high altitude low opening) jump and skydive sequence, which was filmed in Abu Dhabi. With Mi:6, I particularly wanted to go for sound that was real, so I was not opposed to occasional wind or higher background noise that wouldn’t be acceptable in a period movie, for example. The whole MI concept involves real stunts and not heavy computer graphics and visual FX. Many of the stunts and FX could have been computer generated but would then have been devoid of reality. Capturing original sound preserves the feeling of reality. Using radio mics and lavaliers is always a compromise but they often mean the difference between getting a scene and not getting it. Much of the new technology I used in the film involved leaps of faith, but I always felt secure with the DPA mics because I knew and trusted them.”

Chris Munro is currently working on the next Spider-Man film and he has also just completed The Voyage of Dr Dolittle, starring Robert Downey Jr, which is due for release in 2019.