DPA Microphones Has a Laugh with Conan O’Brien 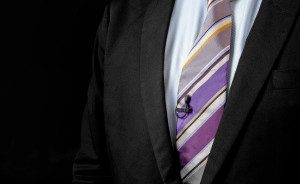 Among these is the set itself, which consists of the moon background behind O’Brien’s desk. Made of plastic, this digital screen usually reflects audio, bouncing it back into the mics, but Stock has found that the d:screet 4061s help to filter out that noise. Additionally, the compact design of the d:screets offer the ability to close-mic anyone who pops in on set. Perfectly concealed in both props and clothing, Stock prefers affixing the mics directly on the speakers. Regardless of the position, the omnidirectional capsule is able to pick up high-quality audio without needing to be pointed directly at the sound source. Built to fit multiple environments including theater, television and close-miked instrument applications, the d:screet 4061 covers the broad needs of this late night program.

“I have personally used DPA products for years and made the switch here at Conan to the d:screet 4061 a few months ago,” says Stock, who quickly became a devoted DPA user after he was introduced to the mics by fellow industry audio professionals when he was an A2. “I like that they have a hotter output than other mics, so you don’t have to crank up the mic preamps and console. The output seems to be a higher voltage than others, which is important, especially with low talkers on the show. The d:screet 4061 really helps with that.”

He credits the output ability of the mics as one of their  highlights, as it makes his job easier regardless of the volume or tone of a speaker’s voice. Since switching to the DPA mics, other late night audio mixers have asked about his setup.

“From an industry standpoint, other people who I know have commented on the audio quality,” Stock continues. “The producers only ever complained in the past about poor audio, but I haven’t had a complaint since I switched to the 4061s. At a certain point, you can’t reinvent the wheel. It’s a microphone attached to a console, and someone’s talking. With every set or stage that you shoot on, engineers are at the mercy of the environment they’re in. Now, with the DPAs, I don’t get all of that background noise coming into the mics like I did with our previous solutions.”

Stock has worked as a freelance sound mixer on many TV series for over a decade. He joined O’Brien’s team four years ago when the host was on NBC’s The Tonight Show with Conan O’Brien. He has also worked on Dancing with the Stars, FOX’s NFL coverage with Terry Bradshaw, The Bachelorette and Dr. Phil, among others.