LONGMONT, CO, NOVEMBER 30, 2015 – As DPA Microphones continues to grow in popularity, artists across varied musical genres are increasingly taking notice. Among the latest DPA enthusiasts are several female folk artists – Olivia Chaney, Aoife O’Donovan and the band of sisters known as SHEL. For live performances, these artists all share an appreciation for the natural sounds of DPA’s microphones, agreeing that the mics accurately portray the sounds of their musical instruments and/or vocals. 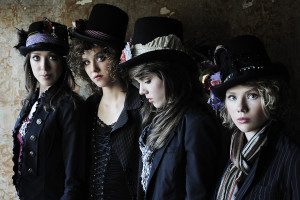 A vocalist and multi-instrumentalist, Chaney is an award-winning touring musician based in London. To address all of Chaney’s unique needs, her Tour Manager and FOH Engineer Tom Dubé selected a variety of DPA mics to best highlight her sound. This includes the d:facto™ Vocal, d:vote™ 4099 Instrument and the d:screet™ 4061 Miniature Microphones, which he’s used for several clients over the years. 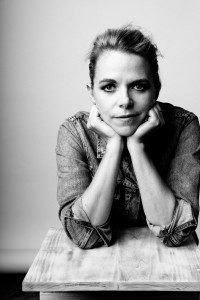 “The sound of the omnidirectional d:screet™ 4061 condenser mic is precise, yet warm and open, and the superiority of magnet mounting in the piano allows for optimum placement,” explains Dubé. “Prior to having the d:screet™ 4061 mics, my piano miking mostly consisted of creating gaff tape ‘cradles’ on which the mics were placed. Proximity effect was a challenge, as well as overall pickup pattern. I can’t imagine a better sound than with DPA. Additionally, the elimination of mic stands and visible mics and cables added to the appeal. The d:vote™ 4099V for the violin and the d:facto™ Vocal Microphone are both fantastic as well.”

O’Donovan will release her sophomore solo album, “In the Magic Hour” on January 22, 2016.  Produced by Tucker Martine (The Decemberists, Neko Case), the 10-song album is her most introspective effort yet, full of the singer’s honeyed vocals mixed with gauzy, frictionless sounds. She, along with Sara Watkins and Sarah Jarosz, are currently on tour performing as the super-group folk trio I’m With Her. She was a featured vocalist on “The Goat Rodeo Sessions,” the Grammy-winning album by Yo-Yo Ma, Stuart Duncan, Edgar Meyer and Chris Thile, and has made regular appearances on A Prairie Home Companion. With so many different groups under her belt, O’Donovan spends a lot of her time on the road and went looking for a guitar microphone that could withstand the rigors of her heavy travel schedule. She found this with the d:vote™ 4099G Instrument Microphone, which she uses with her 1934 Martin guitar.

“DPA has the clearest, most consistent tone by far, which allows me to capture the warmth of my guitar,” she says. “With a clip-on mic, you’re not leaving anything up to chance. If I get distracted, or if I step back and forth, it continues to capture the sound in a consistent way. On this current tour, the DPA mics have been great. We can really get close to each other on stage, which has made all the difference; without leaving our audio quality up to chance.”

Recently featured as “Artists in Residence” at the Hospital Club in London, SHEL is a band of sisters (Sarah, Hannah, Eva and Liza Holbrook) from Colorado. During the residency, the group hosted workshops on their unique creative process and performed intimate showcases. SHEL also recently released a live, one-take video of their song “You Can Be My Baby” for The Huffington Post. The song will appear on the band’s forthcoming sophomore release that is being produced by Dave Stewart, co-founder of the Eurythmics. For both the album and live performances, the group relies on the DPA’s d:facto™ Vocal Microphones, along with the d:vote™ 4099 Instrument for each group member’s instruments.

“We have been using DPA mics for several years mainly due to the sound quality and ease of use,” says Hannah Holbrook. “We started with a single d:vote™ 4099V for Sarah’s violin and eventually expanded to using it for all of our instruments, which speaks to the microphones’ versatility. We had the unique opportunity to be one of the first performing artists to use the company’s d:facto™ Vocal Microphone when it came on the scene a few years ago and we immediately loved the clarity and natural sound it gave our voices. We have developed a wonderful relationship with DPA Microphones throughout this time, and we look forward to seeing (and hearing) what they develop in the future.”