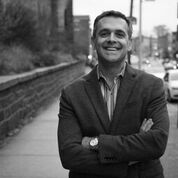 “We are delighted to announce these three well-deserved promotions,” says Niels Jørgen Øhrgaard, EVP of Sales, DPA Microphones. “DPA has enjoyed tremendous growth and success over the past few years and it is no coincidence that Christopher, James and Gabriel have all been a part of it. Their pride and passion in our products are the driving force behind everything DPA does. We look forward to their continued contributions and hard work as DPA continues to build upon its reputation as the industry’s best.” 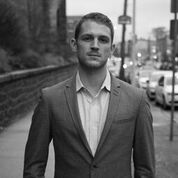 As VP of Sales and Marketing, USA, Spahr’s new role will include managing the dealer network in the East and increasing overall sales. Spahr will also be responsible for overseeing sales across the U.S. and coordinating the Eastern, Western and Southern regions in terms of sales growth, promotional activities and dealer outreach. Additional responsibilities include supervising DPA’s two new business development managers in the field and a new sales coordinator based out of Longmont, Colorado. Spahr has been with DPA since the middle of 2014. 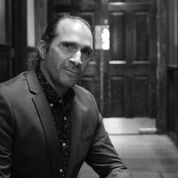 In his new role, Capparelle will be responsible for overseeing all of DPA’s marketing initiatives in the U.S., including print and online advertising, and trade shows and events. He will report to Spahr and together the two will work to enhance DPA’s brand awareness via dealer advertising and events. Capparelle’s background in pro audio makes him a valuable tool in assisting the company’s product specialists which also plays a role in developing the team’s marketing strategies. He will also act as a rep and liaison to U.S.-based DPA users, and will continue to expand DPA’s press and public presence. Capparelle is approaching his three-year anniversary with DPA.

Antonini has also been promoted to National Sales Support/Business Development Manager. Antonini will be responsible for technical sales support for DPA microphone technology and its applications for the professional music, broadcast, theatre and audiovisual markets. He will be in charge of implementing DPA’s technology into existing and emerging sound markets, such as 3D immersive sound environments, conference rooms, film location shoots and high-quality recording environments. Antonini will also head development of new partnerships with potential clients by demonstrating comparison product reviews and will work with potential clients on budget strategies and application performance. Antonini started at DPA in the early part of 2015.

A brand new addition to the team is Eric Stahlhammer, business development/national sales support. Stahlhammer will be in charge of support for the sales team with dealer trainings, assisting at tradeshows, finding new dealer opportunities and coordinating the information with the regional sales manager, as well as assisting Antonini with higher level training, events and presentations. In conjunction with these responsibilities, Stahlhammer will also be involved with technical product support, including on-site, phone and web conferencing.

“We are happy to welcome Stahlhammer to the team as well,” adds Øhrgaard. “DPA prides itself on its staff’s dedication to making the company shine, and we have no doubt that Stahlhammer will get the job done.”