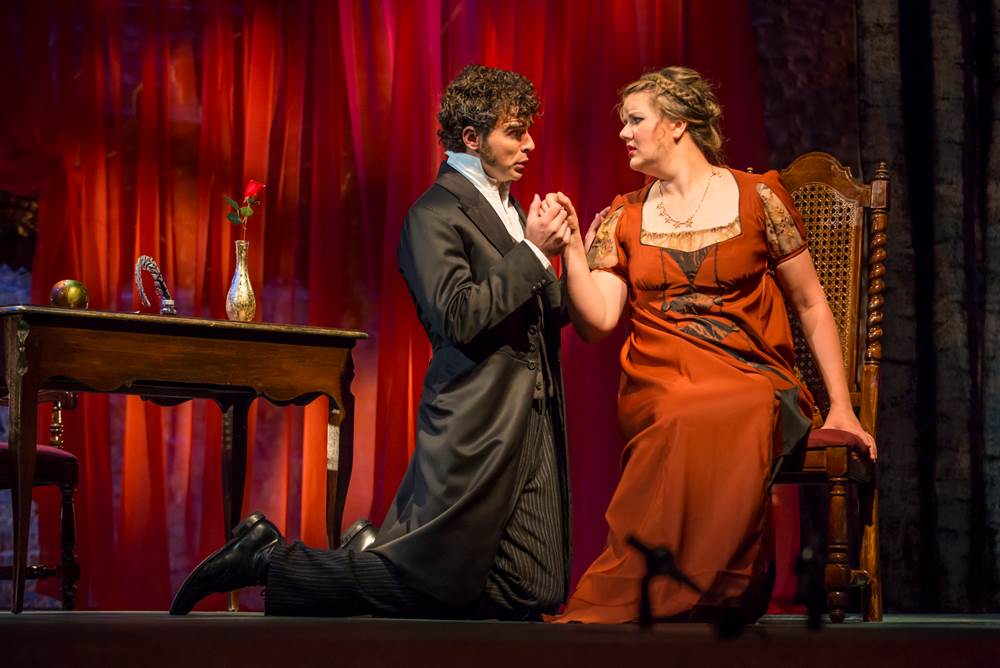 DPA Microphones Was The Impresario Of Aspen Opera Theater Center

Collection of company’s mics were on hand for recording at Wheeler Opera House during the Aspen Music Festival and School   ASPEN, CO, AUGUST 19, 2014 – Every year, professional and aspiring classical musicians and technical personnel from around the world head to the mountains of Colorado for an eight-week summer intensive retreat at the Aspen Music Festival and School. As the country’s premier classical music program, the festival presents more than 300 performances and music education events, including the Aspen Opera Theater Center (AOTC) program at the historic Wheeler Opera House, where DPA Microphones had its chance to shine. 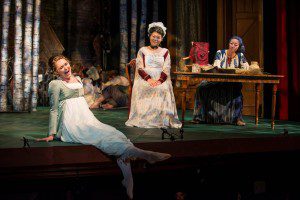 The AOTC relied on the d:dicate™ 4006C Omnidirectional, 4011A Cardioid and 4015C Wide Cardioid Microphones, as well as the d:vote™ 4099 Instrument Microphone 10-piece Classic Touring Kit for their pristine recording capabilities. Supplied by DPA, Inc. — the company’s U.S. branch, these mics were used primarily to record and broadcast AOTC’s Saturday morning opera master classes as well as its fully-staged productions ofTchaikovsky’s Eugene Oneginand Bizet’s Carmen.   “We were looking for a clean and accurate sound,” explains Scott Burgess, head audio engineer for the Aspen Music Festival and School. “The DPA mics are spotless and precise, and could handle the dynamic range of an operatic performance.”   Since the AOTC is a training program for professional singers, the music was not amplified for the live audience. However, Burgess still needed to ensure thatthe broadcast audiences, recording listeners and guests in the green roomsall had the same audio experience as the live attendees. He selected the d:dicate 4006s to pick up the vocals from across the front of the stage, a pair of d:dicate 4015s arranged for the main orchestra, a pair of d:dicate 4011s in the wind section and the d:vote 4099s to accent the orchestra’s string section. Thisguaranteed a pure sound for all recordings and radio broadcasts, including those aired on the local NPR station.   “Another big appeal of the d:dicates and the d:votes was their small size,” adds Burgess. “We could put them where we wanted without having visual distractions, as we needed to stay out of the way of the performances that took place.” 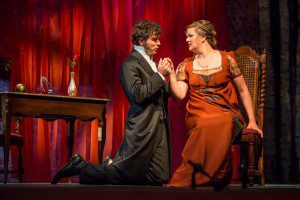 Burgess also arranged d:votes inside the piano to feed sound to the students during the master classes. “The flexibility and sound of the d:votes proved invaluable for the Saturday classes, especially since the piano was constantly being moved in and out of the pit,” he continues. “DPA’s unique magnetic clip design saved us a lot of time as the micscan easily be placed in and out of the piano.”   In addition to the traditional uses, Burgess also called on his d:dicate 4011s to amplify the percussion section for the July performances of Lowell Liebermann’s The Picture of Dorian Gray into the theater through a pair of powered speakers. “We weren’t able to record Dorian Gray, for contractual reasons, but we still needed mics during these performances,” he explains. “Since the show had an especially large orchestra, we were unable to fit the percussion in the theater.  Instead, they had to perform from a side room where we set up an ORTF pair of DPA 4011s, which allowed us to amplify the sound of the percussion back into the theater using a standard PA speaker system. It was an astoundingly convincing method as audiences could scarcely tell that the percussionists were not in the theater. The conductor was happy with it and it worked really well for everyone.”   Though the AOTC had not used the newer DPA mics before, it was essential to Burgess, who started with the festival in 2011, to be able to hit the ground running. “The space can be a little challenging and usually I have to make some modifications, but the DPA mics worked right off the bat,” he says. “We only had to make very minor adjustments to get a really good sound.”   Working with professional companies, such as DPA Microphones, has proven indispensible to Burgess and the students. “Our staff comes from all around the country, from some of the biggest recording programs where they are taught on a variety of equipment,” he says. “Having companies like DPA Microphones as one of the sponsors is a great way for our students, and even our professionals, to work with the best professional audio equipment on the market, which is a really important part of our program.” 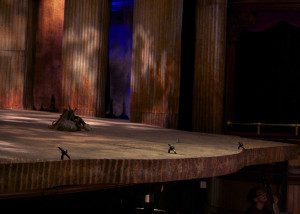 Founded in 1949, The Aspen Music Festival and School is held annually each summer, with this year’s run ending on August 17. The three AOTC operas presented each summer feature AOTC singers and distinguished conductors and directors. Additionally, all members of the AOTC are expected to sing in one opera chorus and to provide technical-support hours during events such as vocal chamber music performances, house concerts and the weekly public Opera Scenes Master Classes. AOTC singers also participate in an intensive curriculum of weekly voice lessons, and classes focused on opera music, acting, song repertory, movement, rehearsals, Alexander Technique and auditioning, among other requirements.   ABOUT DPA: DPA Microphones is the leading Danish Professional Audio manufacturer of high-quality condenser microphone solutions for professional applications. DPA’s ultimate goal is to always provide its customers with the absolute finest possible microphone solutions for all its markets, which include live sound, installation, recording, theatre and broadcast. When it comes to the design process, DPA takes no shortcuts. Nor does the company compromise on its manufacturing process, which is done at the DPA factory in Denmark. As a result, DPA’s products are globally praised for their exceptional clarity and transparency, unparalleled specifications, supreme reliability and, above all, pure, uncolored and undistorted sound.   For more information on DPA Microphones, please visit www.dpamicrophones.com