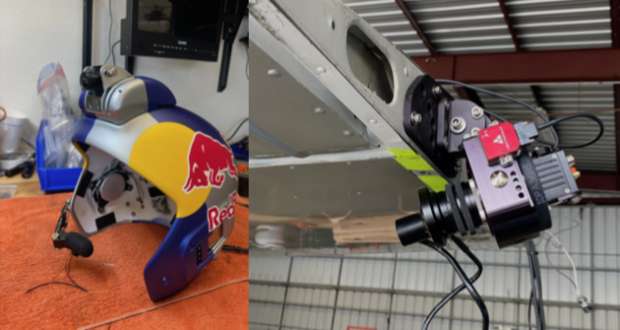 AVBB supplies cameras for extreme stunt to be carried out 14,000 feet above Arizona

Rockwall, TX – April 19, 2022 — AudioVideo BrandBuilder Corp (AVBB), the exclusive manufacturer’s rep and master distributor for Dream Chip in North and South America, was tapped to provide the cameras to capture a mid-air pilot exchange carried out 14,000 feet above Arizona. The Red Bull Plane Swap will use Dream Chip’s ATOM cameras to draw the audience in for each nerve-wracking moment as two skydivers point their planes towards earth, step out, and swap cockpits mid-air. The event is scheduled to be broadcast live on Hulu on Sunday, April 24th at 4PM PT / 7PM ET.

Working with RF Film, Inc. – the provider of reliable, real time, wireless video who is serving as the systems integrator for the project, AVBB will supply HDR-compatible cameras for Hulu to capture HDR footage of veteran skydivers Luke Aikins and Andy Farrington as they execute one of the most ambitious extreme stunts ever attempted. The two will point their custom configured aircraft toward the ground and attempt to switch planes as the earth rises to meet them.

The planes, which have been customized by Red Bull specifically for this stunt, will each be expressly fitted by RF Films with a complement of Dream Chip cameras. Two ATOM 4K mini 16 cameras, the smallest UHD 1” global shutter / 4K HDR camera in the world, will be installed on the wing tips. The 4K mini 16 model measures just 1.4” x 1.4” x 3.1” and weighs a mere 4.3 ounces. Each plane will also be equipped with two ATOM one mini cameras on the inside of the fuselage to capture the pilots’ movements as they navigate between each other’s aircraft. The unit, barely larger than a coin, provides full HD resolution from a wide-angle lens.

Additionally, each skydiver’s helmet will be specially built with custom brackets by RF to secure an ATOM one Mini AIR camera. The miniscule but powerful camera that weighs only .9 ounces, will allow viewers to share each pilot’s adrenalin-induced point of view as he races against gravity to enter and gain control of his partner’s plane.

“We’ve worked with AVBB and Dream Chip cameras before when size, weight and resolution was critical and wouldn’t dream of even considering another partner for this project,” said Greg Johnson, president and owner, RF Film. “Hulu is going to bring this amazing experience into homes and Dream Chip’s cameras will bring each viewer to the edge of their seats.”

“We are incredibly honored to be chosen as a provider by RF Film again.” explained Tommy Goodson, AVBB president. “Working with RF Film and Red Bull is amazing; they rightfully demand perfection in design, quality and reliability, and we’re thrilled to deliver with Dream Chip’s cameras.”