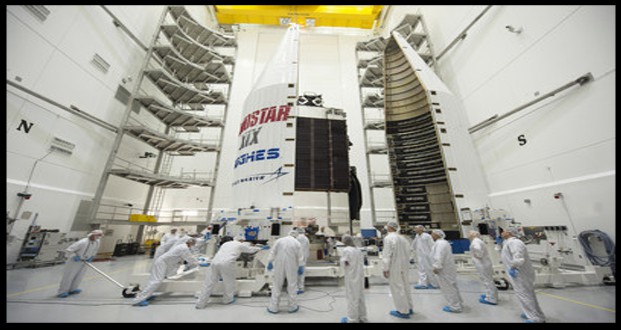 Communication is essential for any form of progression. In the broadcast/entertainment industry, this need is even more essential given how far it has taken so many broadcast professionals in expanding the many opportunities such an industry presents for their creative voice and the brand it supports. There can be no arguing that entertainment is an industry that largely plays on the standard idea of who knows who. That isn’t to say that hard work and determination don’t play vital roles, which they do. However, when looking at a global media event such as the 2020 NAB Show, which will be broadcasted live, it extends the vast spectrum of communication to exponential levels that make a company like EchoStar Satellite Services more effective when it comes to the satellite communication services they provide.

EchoStar Satellite Services L.L.C. has a fleet of over nine satellites. The company provides Ku-band transponder capacity, with comprehensive coverage of the United States and the Gulf of Mexico, on their satellites located at 121° and 105°. The company’s 24×7 satellite access centers (SAC) are managed by experienced professionals committed to providing their customers with an unparalleled level of service, which can be seen in the technical capabilities of their satellites.

EchoStar Satellite Services models are separated into categories that range from:

EchoStar Satellite Services’ Ku-band Satellites include the EchoStar 105 and the EchoStar 9. The EchoStar 105 is a high-powered communications satellite with 24×36 MHz Ku-band transponders. It is located at the 105° West orbital location. This satellite provides Ku-band transponder capacity, with coverage of the 50 U.S. states and an expanded reach to the Gulf of Mexico and the Caribbean for satellite communications services for EchoStar’s enterprise, media, broadcast, and U.S. government service provider customers.

The EchoStar 9 model is located at the 121° West orbital location. This satellite‘s Ku-band payload of 32×26 MHz transponders and a small Ka-band payload consists of 4 spot beams at 200 MHz.

EchoStar’s services range in categories that span from: 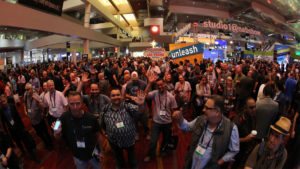 EchoStar Satellite Services have proven nothing short of being both reliable and innovative in its ability to provide an efficient satellite communications infrastructure with solutions that meet the evolving communication needs of media and broadcast organizations. This will no doubt be the focal point of the company’s exhibit at the 2020 NAB show this April. There are many forms and approaches to communication, and having satellite services that can better expand on that concept show that attending the 2020 NAB show is a great opportunity for the many broadcast/media professionals looking to market their brands, as well as further expand on how they can further communicate them at an event where communication itself is not only a topic of discussion. It is also the very fuel behind such a large gathering of individuals that support and expand the diversity that the broadcast industry thrives and continues to evolve on.

Visit the EchoStar Satellite Services exhibit during the 2020 NAB show at booth # SU8121.