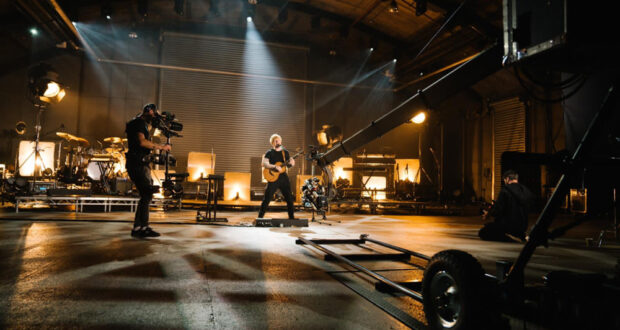 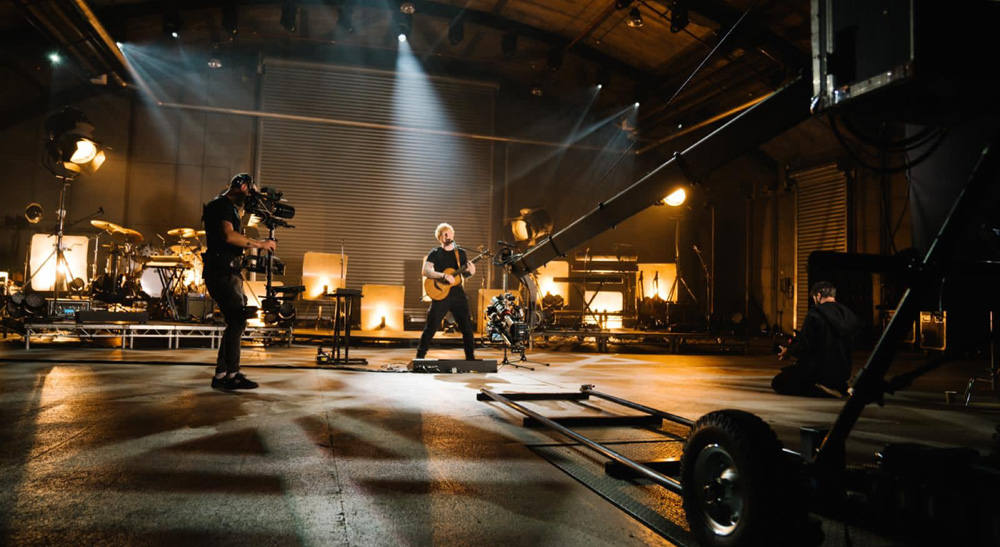 Working to a creative plan set by lighting and production designer Mark Cuniffe and agreed by the US radio platforms with Ed Sheeran, it was left to ELS to get all of the required coverage in a single day.

“We were asked to take care of filming ten performances but with two very distinct looks,“ begins Dan Massie, director, producer and ELS MD and cofounder. “Each track had a different setup, and for some tracks, we didn’t get to see the lighting state until we were shooting it, so there was a lot of flying by the seat of our pants.“

“The challenge with multicam work is always how to get enough great shots without the master camera ruining everyone else’s shot,“ says the Massie. “I wanted to use the jib camera as our A cam and worked the camera plan around this.”

Massie, with DP Ben Coughlan, subsequently opted for an acquisition package based on four URSA Mini Pro 12Ks variously rigged on Jibs, Steadicam, dollies and tripods, and supplemented that with a URSA Mini Pro 4.6K G2 for handheld work.

“We used a Pocket Cinema Camera 6K as an additional camera rigged to the jib, effectively getting us two different sized shots from the jib,“ explains Massie.

Since multicam is typically shot with spherical lenses, ELS wanted to mix it up slightly and embraced the softer anamorphic look by pairing the URSA Mini Pro 12K with Angenieux Optimo zooms and Cooke anamorphic primes.

“I love the image we get from the URSA Mini Pro 12K, and shooting Blackmagic RAW is perfect for our workflow,“ Massie says. “We chose Blackmagic RAW Q5 constant quality as its conservative with the data without compromising on image quality, which for a multicam shoot with ten tracks was very useful.“

“Blackmagic RAW is awesome to work with in post and keeps our DIT, and IT teams happy too, with file sizes that don’t kill loads of hard drives. All the information is there to give us flexibility in the grade.“

Andy Morgan edited and graded at ELS on DaVinci Resolve.

“There was a pre light the evening before, and the shoot day was 8am till 8pm with a crew of 35, but the setup and schedule were intense,“ Massie says. “It was great rising to the challenge of shooting so many tracks in such a short space of time.“

With more than 2.5 million views already, “Bad Habits” is the first performance from the recordings to go live and is available to watch on YouTube. 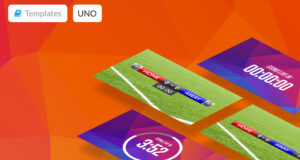