ENCO Debuts Studio in a Cloud Strategy at 2019 NAB Show

Southfield, MI, March 27, 2019 – Following the European debut of ENCO’s second-generation WebDAD platform at IBC in September, ENCOwill showcase it as a key component of the company’s “Studio in a Cloud” strategy at the 2019 NAB Show. Part of ENCO’s enCloud family of solutions, the enhanced WebDAD will be positioned as its central radio demonstration at the show, highlighting how broadcasters can now take direct control of studio operations from any remote location with a web connection. 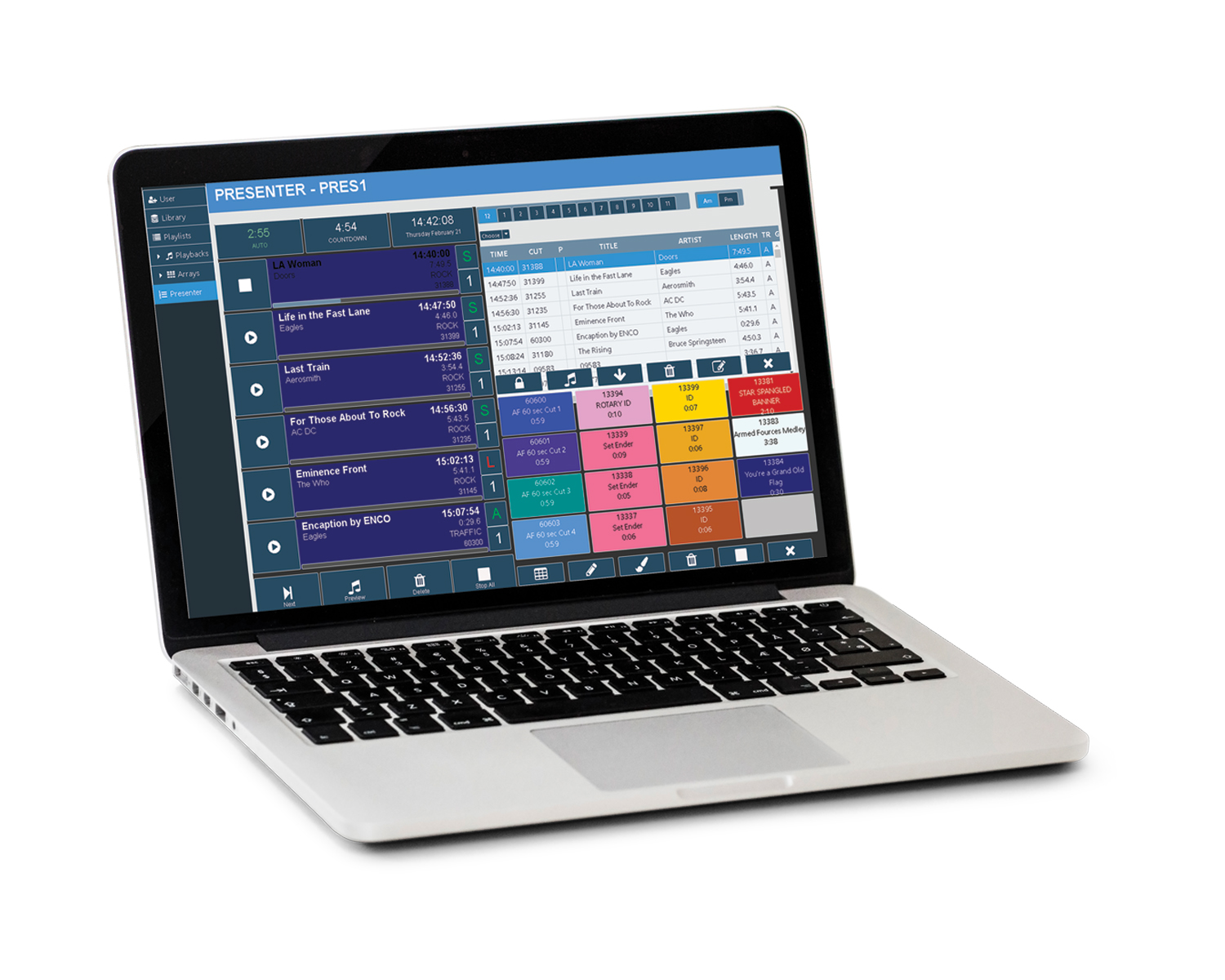 WebDAD empowers cloud-based operation through an updated, HTML5-enabled user interface. Users have the freedom of a fully-virtualized platform to remotely access and control their studio-based ENCO DAD radio automation systems – a benefit made all the more powerful with the addition of ENCO’s Presenter On-Air interface. This interface further optimizes ENCO’s modular, touchscreen design for customizing production workflows and providing instant access to media libraries, playlists and more.

“WebDAD has evolved to support a true ‘Studio in the Cloud’ operation that removes the limitation of maintaining an on-premises physical workstation,” said Ken Frommert, president, ENCO. “In addition to reducing operational costs at the station, WebDAD customers have broad control and playout capabilities across on-air presentation, playlist manipulation, voice tracking, and other workflow tasks. With the powerful ENCO Presenter On-Air interface, WebDAD is the most powerful and comprehensive browser-based interface on the market.”

Frommert adds that WebDAD also helps stations work more freely with on-air and production talent around the world by making it easy to bring in part-time, contract, and remote staff to access the playout system from anywhere there is an internet connection.

ENCO will demonstrate the entire Studio in a Cloud workflow, including other radio solutions, at the 2019 NAB Show from April 8-11 in the Las Vegas Convention Center. ENCO exhibits at Booth N2524.

Founded in 1983, ENCO pioneered the use of computer-based, digital audio and program automation for radio station and TV studios. The company has since evolved its product line to cross all aspects of today’s automated broadcast and production workflows, including closed-captioning, visual radio, audio compliance, instant media playout, remote contribution, and cloud-based web streaming. Its two flagship systems, DAD and MOM, bring the industry’s best reliability, cost-efficiency and intuitive operation to automated radio and TV operations worldwide. ENCO is headquartered in Southfield, Michigan USA and retains a global distribution network, plus a growing network of partnerships with complementary industry vendors. For more information, please visit: www.enco.com.