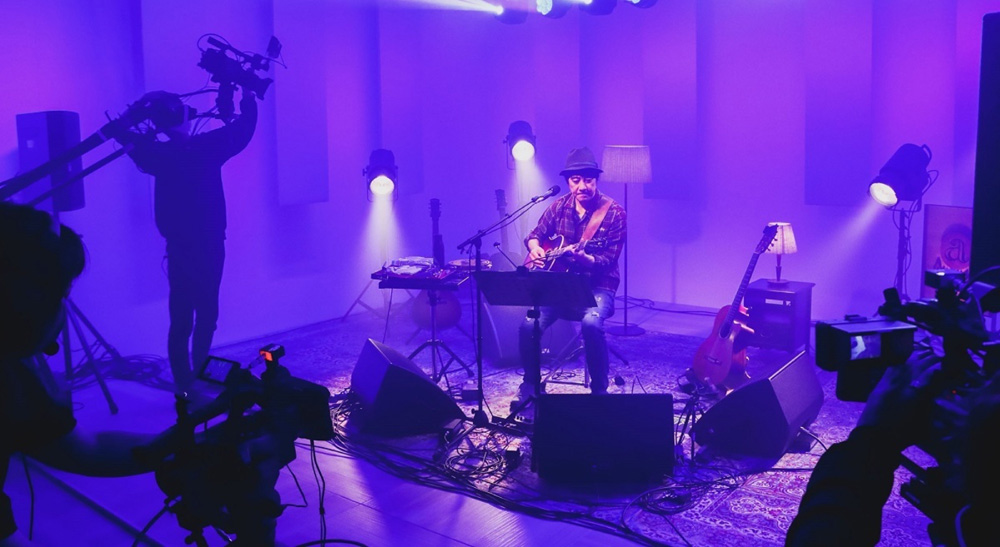 eplus STUDIO, used as part of the company’s Streaming+ service, is the latest addition to eplus Inc.’s set of video and events services. eplus also runs one of the largest ticketing sites and agent businesses in Japan and the entertainment news site “SPICE.”

Initially used for talk shows and online events by the media and artists, eplus STUDIO includes excellent acoustics, giving musicians such as top selling singer Masayoshi Yamazaki a chance to stream live performances with high quality audio. With the addition of a Blackmagic Design broadcast and streaming workflow, combined with the studio’s high quality acoustics, eplus created eplus STUDIO as a new business designed to connect Japanese fans with event and artist updates, as well as unique high quality performances from artists working with eplus.

Daisuke Yokoyama, a division director of video content division at eplus Inc., explained: “We launched the Streaming+ service, a platform for streaming music, theater plays, and online events, in May 2020. Compared to other platforms, our strength is that we have a better support system and can respond quickly to customers’ questions and problems. To ensure problem free streaming, we conduct streaming tests with the streamers beforehand and then sell streaming tickets. There was high demand for streaming due to quarantine restrictions at that time; however, there were many people who tried streaming without knowing what they were doing, and the quality was poor.

For the launch of eplus STUDIO, Yokoyama consulted with Yoshihiro Yasuda of Sound Crew Inc. about the selection of equipment and the type of studio to be built. Yasuda, using examples of popular streaming content in Japan and abroad, suggested that it was possible to create attractive content even in a simple and small space and that the equipment should be professional but also usable by anyone.

“When Streaming+ first started, I was working as a consultant for its streamers, but there were a lot of people who didn’t know much about video equipment or who had difficulty with their setup. We wanted to provide equipment that would allow those people to easily stream their videos and also be a reference for them when they install the equipment. That’s why we introduced a lot of Blackmagic Design products that can be used for professional purposes while keeping costs low,” Yasuda said.

Users of eplus STUDIO can use any equipment in the studio by themselves, but studio staff is always present to explain and troubleshoot, so even a first timer can stream without problems.

Morio Takiguchi of eplus’ video content division, who attends many streaming sessions at the studio, said: “Even if it’s not the exact switcher we installed here, many users have used other switchers from Blackmagic Design, so even first time users seem to find it intuitive. We get a lot of questions about recording the streaming footage to the HyperDeck Studio Mini and playout video from HyperDeck Studio Mini during streaming, as well as downstream keying with the ATEM switcher, and when we explain it to them, they immediately understand and use it.”

“We selected all equipment, including sound and lighting equipment, with an emphasis on making it as easy as possible for the users. Regarding video equipment, there are very few people who have not used Blackmagic Design products before,” added Yasuda.