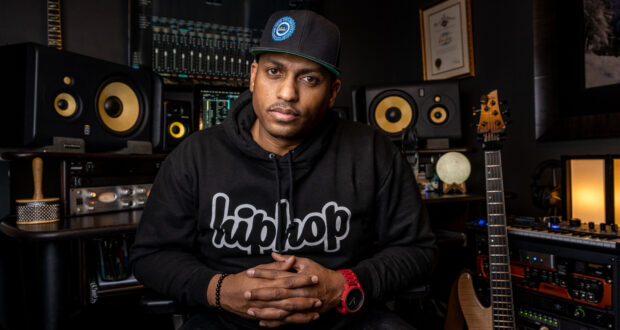 LOS ANGELES, JUNE 2, 2020 –- Multi-instrumentalist and multi-platinum Music Producer and Songwriter Erik “Blu2th” Griggs has become one of the most upwardly mobile producers in the game.  A musician for “as long as he can remember,” Griggs is most well-known for writing and co-producing “No Air” by Jordin Sparks and Chris Brown, as well as for his work on the “Dreamgirls” soundtrack. Over the past six years, Griggs has relied on a variety of KRK Systems studio monitors and subwoofers to take his music, sound and creativity to the next level. His love for the brand recently evolved when he upgraded to KRK’s latest generation 10-inch three-way powered mid-field studio monitors, the ROKIT 10-3 G4s.

“The thing I love the most about KRK’s new 10-3 monitors is that they are less fatiguing than other monitors I’ve tried,” says Griggs. “Since the drivers are made with a super high-grade aramid fiber, they can really take a beating, and they handle higher levels of SPL compared to the competition. Some manufacturers’ monitors are high-fidelity, but you can blow them so easily. With KRK, I never have to worry about them being wimpy, the speakers can handle whatever I throw at them. I also never have to adjust any of the EQ settings, they always sound exactly how I want.”

In addition to the 10-3s, Griggs also relies on KRK’s new CLASSIC 5 Professional Studio Monitors to record accurate mixes in his home studio. “The CLASSIC 5s have a much wider frequency response than I would expect from five-inch speakers. My home studio is completely untreated. With KRK’s 10-3s and CLASSIC 5 monitors, I can still obtain the flat response I desire, and my mixes come out great. I also have the 10-3s set up in a horizontal orientation, which results in a wider stereo image.”

Since 2014, Griggs has acquired eight different pairs of KRK studio monitors, ensuring he keeps up with the latest and greatest offerings from the company. “I haven’t had a better experience with any company than I’ve had with KRK, and I’ve never felt the need to purchase another manufacturer’s speakers. My ears absolutely love the sound of KRK studio monitors. Also, I mix just about every genre of music and I use my KRKs for everything. These monitors have become a staple in my studio.”

In addition to being a KRK studio monitor enthusiast, Griggs is also an avid fan of KRK as a company. “The team at KRK is great to work with; they always go the extra mile to ensure I have everything I need. I really respect a company that keeps its price point within reach of a wide demographic, without compromising quality; KRK has done an awesome job of meeting that balance. Because of their affordability, some might assume KRKs aren’t a high-quality solution, but compared to the competition, they are sonically superior and last a long time, all without breaking the bank.” 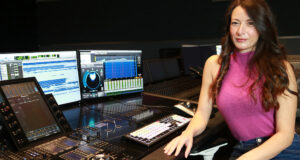